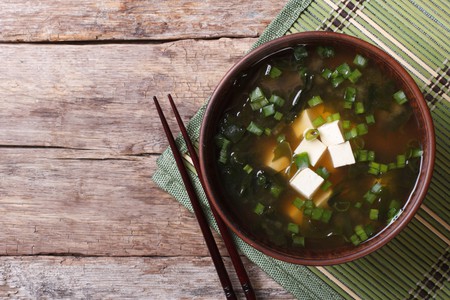 Fast food-style ramen bars and sushi joints are popping up all over the world as foodies become obsessed with the health benefits associated with Japanese cooking. But there is much more to authentic Japanese cuisine than just raw fish, sticky rice and meaty broths. Get ahead of the trend and learn how to master tasty street food dishes such as gyoza and tonkatsu with one of these top 10 Japanese cookbooks. 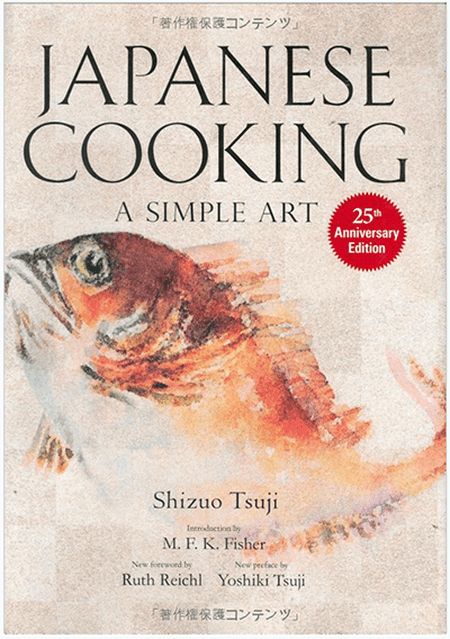 A long-standing staple in any Japanese cuisine aficionado’s kitchen, Shizuo Tsuji’s Japanese Cooking has been around for more than a quarter of a century. Often referred to as the ‘bible’ of Japanese cooking, this book has the most informative foreword describing different traditional ingredients, kitchen tools and cooking techniques of any cookbook on the market. Tsuji emphasizes just how important color, texture and artful presentation are in Japanese cooking and helps the novice chef to master these before turning their focus to improving the taste of their dishes. The 130 recipes that make up part two of the book include a mixture of simple, speedy weekday dinners and time-consuming but incredibly impressive dinner party fare. Be sure to try out the sea bream sashimi, spicy eggplant nimono, nigiri sushi and the lotus root agemono. 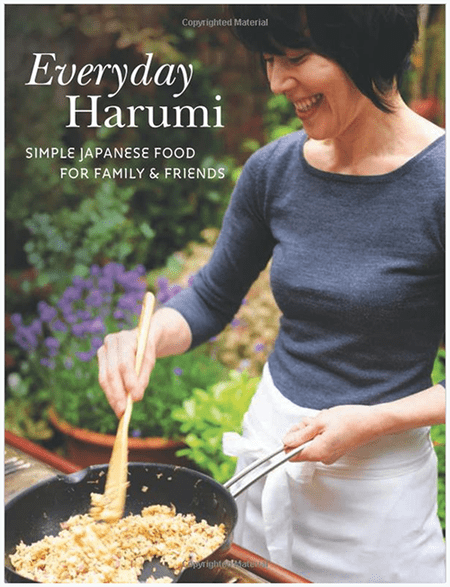 Steak in a miso marinade, deep-fried scallops with mozzarella, simmered pork in crepes and three toppings rice are just a handful of the six dozen recipes on offer in Everyday Harumi. Written by one of Japan’s most popular food writers, Harumi Kurihara, this book concentrates on giving those budding chefs that don’t live in Asia a series of delicious home-style dishes that they can make without having to go on a hunt for a specialist food shop. Perfect for the novice, each of the recipes is both simple and quick to make and is accompanied by a photo of the finished dish so you know what you’re attempting to make. In between recipes Kurihara teaches the reader about Japanese ingredients, what store cupboard staples are needed to cook her recipes and gives tips on getting to grips with simple Japanese cooking techniques. 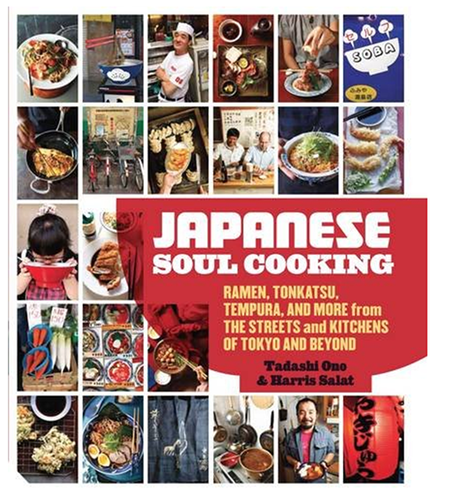 Teaching that there is more to Japanese cuisine than just sushi, Japanese Soul Cooking was originally aimed at Americans but is now a much-loved cookbook all around the world. Ono and Salat share with us the incredible story of how meaty comfort food first came to Japan, as well as the origins of their favorite gyoza, curry and tonkatsu recipes. A step-by-step photo story accompanies each of the 100 recipes, helping to make lesser known dishes such as chahan fried rice and wafu pasta quickly become as much a staple in the Western kitchen as chicken ramen already is. 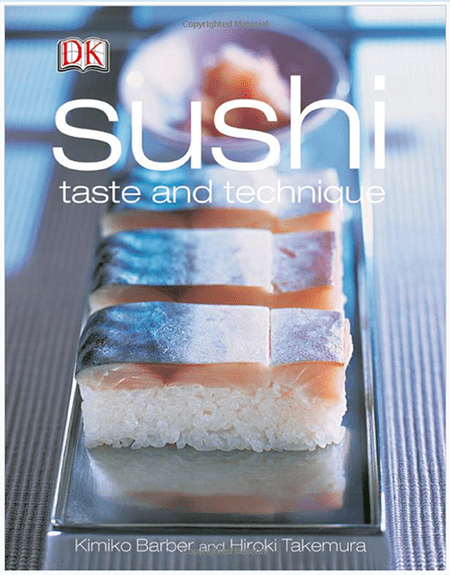 The perfect inspiration for anyone toying with the idea of learning how to make their own sushi, Sushi Taste and Technique is a comprehensive guide to the art form that is sushi-making. With sections detailing the history and origins of sushi as well as top tips on sushi eating etiquette and a glossary of common Japanese cooking terms, this is the only sushi cookbook you need. The illustrated recipes include techniques and advice for making scattered sushi, stuffed sushi, pressed sushi, rolled sushi and hand-formed sushi. And for the days when you just fancy dining out, it even includes a directory of recommended sushi restaurants in Australia, Canada, the UK and the USA. 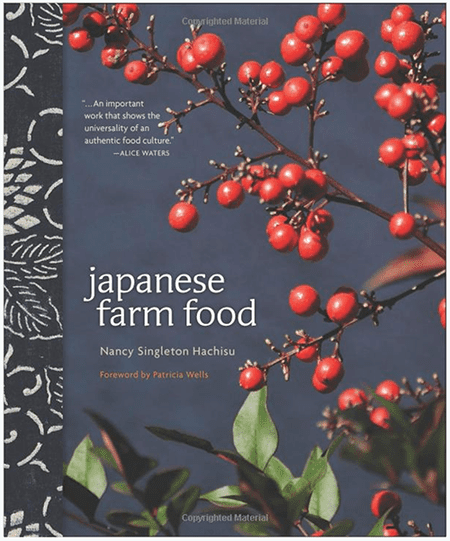 The story of an American city girl turned Japanese farmer’s wife, Japanese Farm Food is a collection of the delicious, home-cooked dishes that Nancy Singleton Hachisu and her husband Tadaaki have spent the past quarter of a century mastering together. The pair live with their children in a farmhouse that has been in Tadaaki’s family for more than eighty years. They eat what they grow, buying accompanying meat and fish directly from the butcher and the local fish market. This simple style of sourcing ingredients leads to the creation of incredibly wholesome and humble dishes. A few of the beautiful recipes include bitter melon stir-fry with egg, broccoli with tofu, cauliflower with miso and sesame, deep-fried ginger chicken, and fermented soy beans. 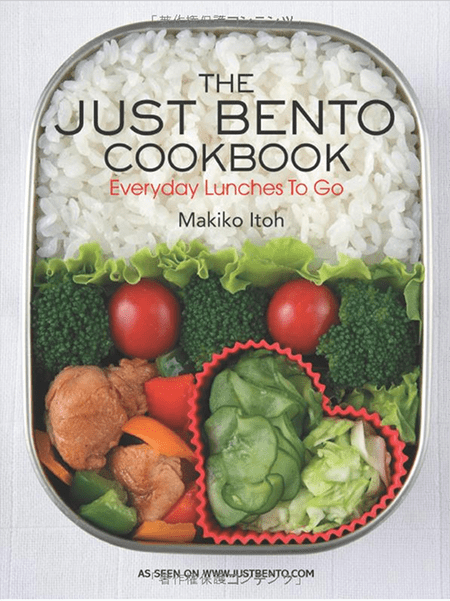 Written by the top food blogger responsible for sites Just Hungry and Just Bento, The Just Bento Cookbook provides us with over a 150 recipes perfect for creating healthy, affordable and delicious lunches to enjoy on the go. A bento box is a traditional Japanese lunchbox comprising of a selection of different ingredients and mini dishes that provide all of the nutrients we need at our midday meal. In this book Itoh details a selection of her favorite traditional Japanese bento recipes such as tamagoyaki bento and salted salmon bento, as well as some less-traditional recipes including Indian tiffin-inspired bento, and deconstructed salad niçoise bento. As well as all of the beautifully photographed recipes, this staple lunchtime cookbook also includes tips for speedy bento making, advice on how to pack a bento box and even timelines to help make the morning bento making process as efficient as possible. 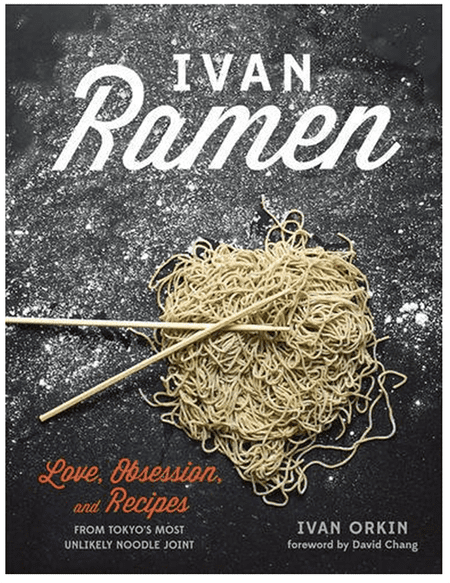 It takes some serious guts for a New Yorker to open up a ramen shop in Tokyo, but that’s exactly what Ivan Orkin, author of Ivan Ramen, did, and it fast became the most popular ramen shop in the city. Orkin found his love for Japanese cuisine whilst working as a dish-boy in a Japanese restaurant in Long Island. Little did he know back then that this would be the first step in his journey to becoming a celebrity chef on Japanese TV some years later. In Ivan Ramen he tells the story of his success in inspirational detail as well as sharing some of his most popular recipes, including the secrets to his signature dish, Shio Ramen. 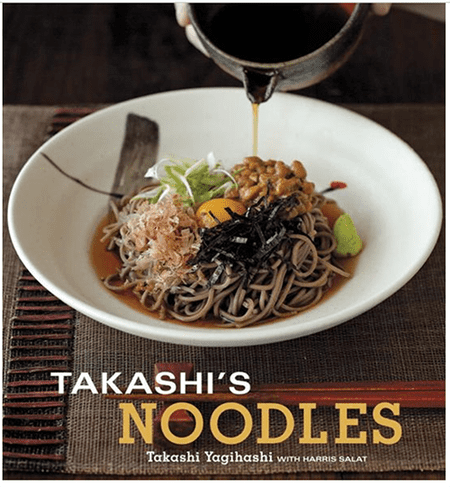 Award-winning Japanese-born chef Takashi Yagihashi’s lifelong love affair with noodles is ever present throughout this brilliant cookbook. With seven chapters each dedicated to a different variety of noodle, and even the odd recipe focusing on packet noodles; Takashi’s Noodles aims to show Westerners just how quick and simple authentic Japanese cooking can be. Yagihashi’s detailed recipes for chilled crab and shrimp ramen salad, stuffed chicken wings, and corned beef with rice noodles are certainly not to be missed. Alongside the hot and cold recipes, Yagihashi uses this book to teach readers about traditional Japanese ingredients and cooking techniques as well as giving lots of guidance on choosing the right type of noodle for each dish. 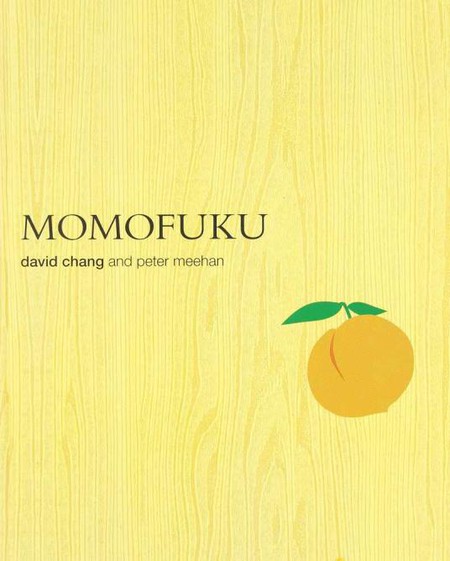 A fusion of Americanised Japanese, Korean and Chinese recipes, Momofuku tells the story of how one man opening up a noodle bar in New York City led to a complete revolution in the way New Yorkers saw Asian food. Now a star within the culinary world, Chang owns a string of popular restaurants but has remained true to his unconventional way of doing things. Momofuku restaurants are loud, the kitchens are open and the entire set-up is as relaxed, and down to earth as a dining venue can be. The restaurant’s namesake book is just as bold. With the odd curse word and unrivaled honesty, Momofuku makes for great reading as well as fantastic culinary inspiration. Dotted amongst the humorous tales of Chang’s beginnings, are delicious recipes for Bo ssäm, Ko egg and even brussel sprouts with kimchi. 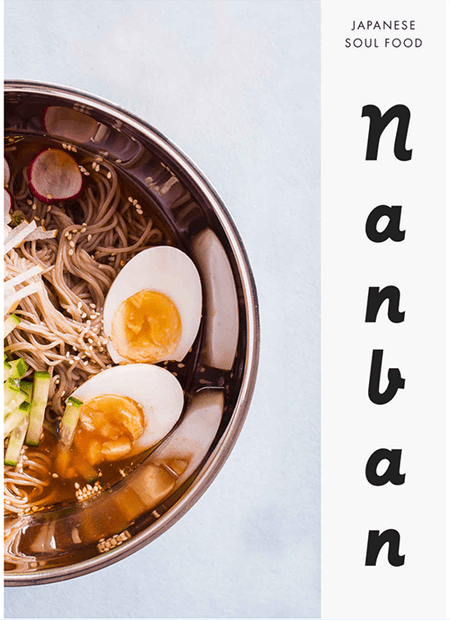 Written by the guy that won the UK’s 2011 Masterchef with a fancy burger recipe, Nanban: Japanese Soul Food is the perfect introduction to real Japanese cooking for the Japanophile Westerner. Obsessed with Japanese culture from a young age, Anderson spent his teen years encased in a world of Nintendo, J-pop, anime and teaching himself to like sushi. Later, after a family holiday to Japan, he decided to study Japanese food history at university which included a four-week stint back in Japan researching noodle culture. After a further two years in Japan and a Masterchef win under his belt, Anderson set up his hugely popular Japanese street-food style restaurant in London. His cookbook, Nanban, is named after it and encompasses a huge selection of recipes for his beloved ramen, alongside other more exotic dishes such as grilled chicken livers with Umeboshi, prawn gyoza, and Kanimeshi.