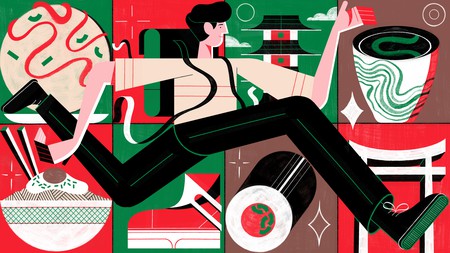 Culture Trip brings you City Loops, Done Differently – the trending multi-destination routes for 2020 with a twist. Deep-dive into the culture of a destination and discover how to get the most out of your itinerary, from what to see and do to what to tuck into and where to stay.

A place of well-considered design across architecture and style, Japan never fails to fascinate and inspire. For the coming year, eyes are fixed in its direction even more so as it gears up to host the 2020 Olympics and Paralympics in Tokyo.

There are endless ways to explore the country, but city-hopping from its capital down to its cultural, foodie and historical hubs (Kyoto, Osaka and Hiroshima) is the best way to get a feel for all the different corners of its culture. All you need is 10 free days and a ticket for the bullet train.

Explore. Eat ramen. Sleep. Repeat. This is the mantra to adopt when in Japan’s capital city. Anything, within reason, goes in Tokyo: eclecticism is the name of the game, with underground fashion scenes flourishing, much like its nightlife culture. 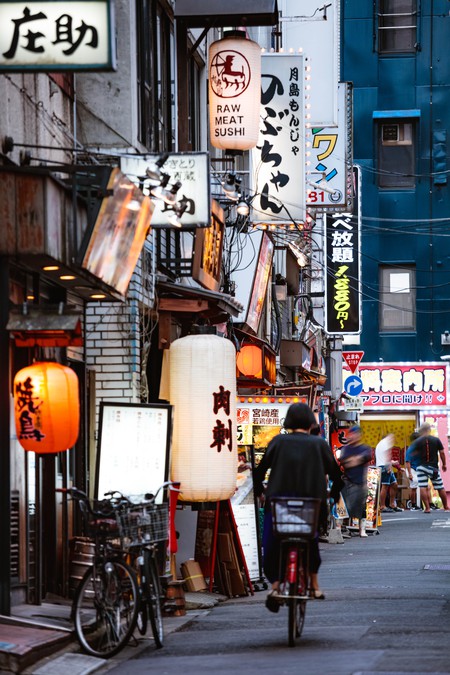 Eat ramen in every district
Along with sushi, ramen is a uniquely Japanese dish that is loved for its convenience, variety and affordability. If you are Tokyo-bound, it has to be an integral part of your itinerary. Get a feel for this broth – bolstered with copious noodles and either fish or meat – with a tour of award-winning ramen restaurants. 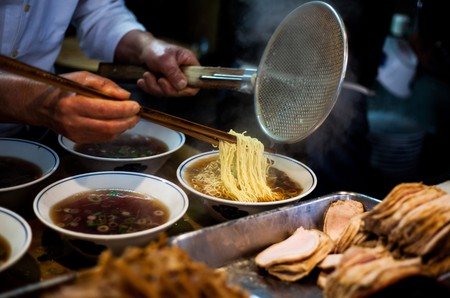 Pick up statement streetwear in Urahara

In place of touristy fashion boutiques on Harajuku’s Takeshita Street, head to the backstreets of Urahara to trace the roots of contemporary Japanese streetwear as we know it today (and to pick up a statement piece or two). The area was popularised by brands like Neighborhood and A Bathing Ape, which created a buzz on ‘hidden Harajuku’ when they popped up in the 1990s, and it continues to gain traction with vintage shops like Panama Boy.

Soak up design and sleep in Shinjuku

Experience the very best of the city’s creativity in Shinjuku-based design-led hotel Shinjuku Granbell. Each room is fashioned in collaboration with a roster of artists, so themes like Pop art or minimalism decorate each suite. Bonus points go to its location; the rooftop bar yields views over Shinjuku, which is awake 24 hours a day for late-night shopping, dining and dancing. 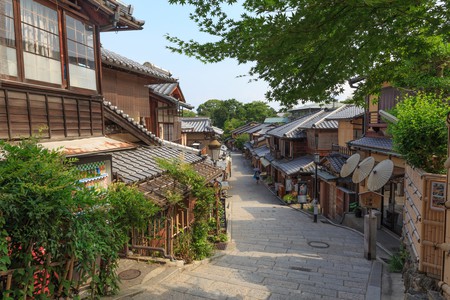 Find your Zen at a traditional tea ceremony 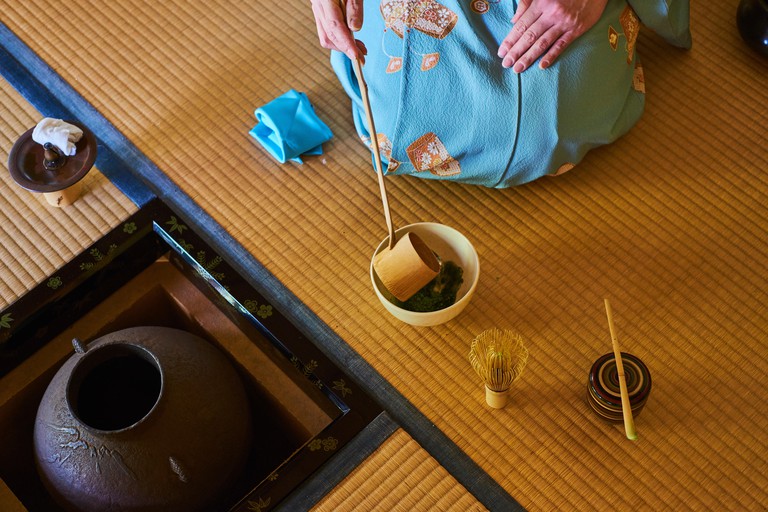 Japan is revered for its teahouses (ochaya), thanks to the historic areas of Gion and Higashiyama of Kyoto. To get a taste for this time-tested cultural practice, visit En Tea House in the geisha district of Gion to drink powdered green tea while perched on a tatami mat. 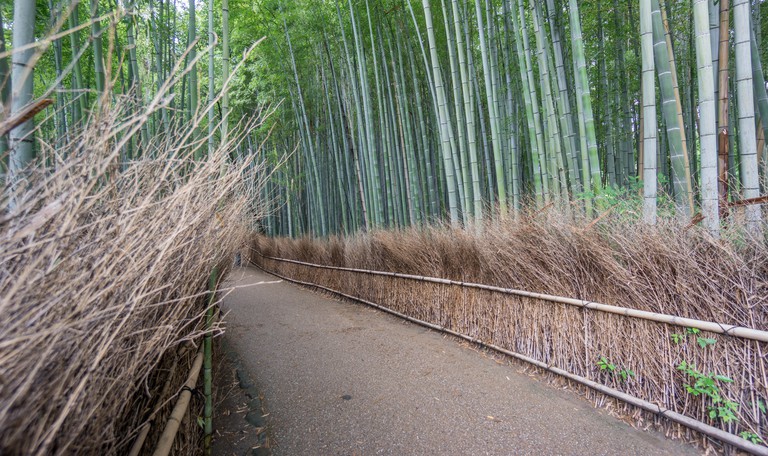 The Arashiyama Bamboo Grove | © Francisco de Casa / Alamy Stock Photo
An awe-inspiring woodland with trees that reach up to 40 metres (130 feet) tall, the Arashiyama Bamboo Grove is otherworldly with its towering nature and soundscape (the Japanese government listed it as a ‘must-be-preserved sound’). Visit at dawn and avoid swarms of tourists while wild monkeys swing in the branches.
Open In Google Maps
Ukyo-ku, Kyoto City, Kyoto Prefecture, Japan
Give us feedback

Call a ryokan home for the night

For an authentic experience of Japanese hospitality (omotenashi), stay in a traditional Japanese inn – known locally as a ryokan. Tatami-matted rooms and communal baths are the hallmarks of this style of accommodation; complete with heated wooden floors, Hoshinoya Kyoto is one such place to experience this traditional style of living. 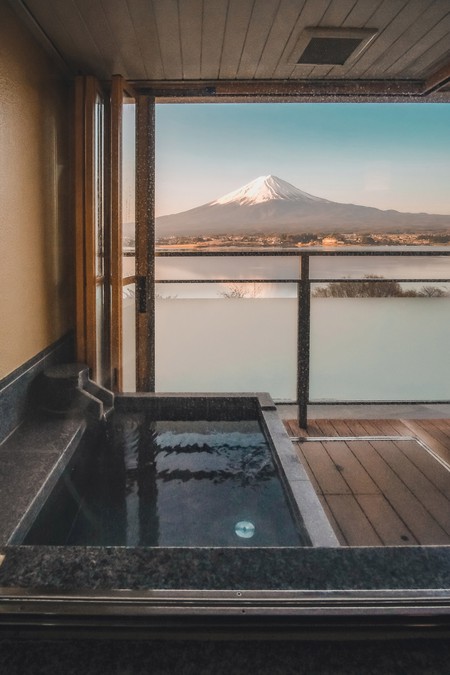 The heart of Japan’s culinary scene, Osaka has long been known as ‘The Nation’s Kitchen’ – making it a total foodie heaven. It’s home to many a national treasure, too; stay here to cater to all of the senses.

Where to start with Osakan cuisine? Well, dishes like takoyaki (savoury, ball-shaped cakes crafted out of octopus, ginger and green onions), okonomiyaki (a savoury pancake topped with whatever you like – think layers of meat and sauce) and kushikatsu (much like the okonomiyaki but with a skewer in place of the pancake) are signatures in the region. Rightly, the city has a reputation for its culinary delights, with restaurants like the oldest okonomiyaki restaurant, Mizuno, and the popular takoyaki restaurant Yamachan. Ramen is also a must-eat in Osaka; the Taiwanese-inspired bowl at ME-CHA-KU-CHA is a favourite for its full-on flavour with hints of clove and star anise. 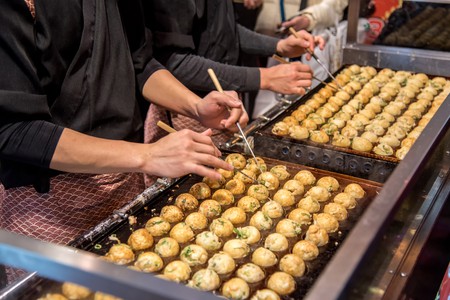 Travel back in time at Japan’s first Buddhist temple 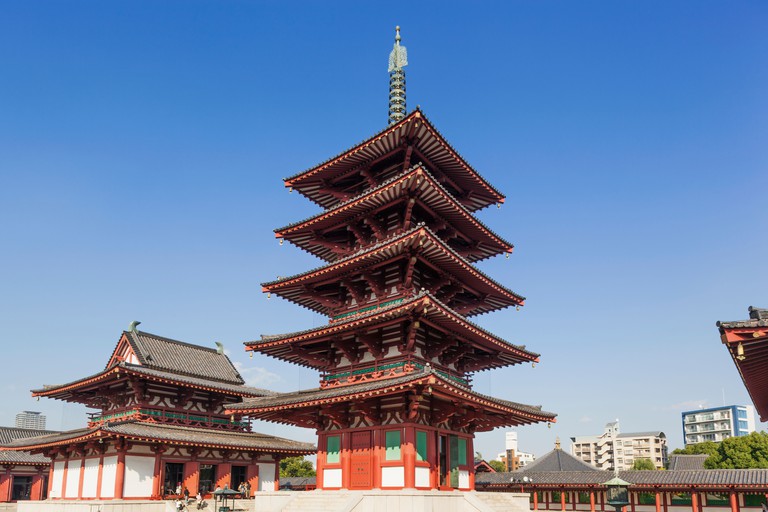 Constructed way back in AD 593, Shitennoji is said to be the first Buddhist temple in Japan. With the grounds much like they were 1,400 years ago, it stands as a reminder of Osaka’s history among the newly built skyscrapers. If you time it right with a visit on the 21st or 22nd of the month, you can explore the Shitennoji flea market, which boasts over 300 stalls selling antiques, second-hand kimonos and pottery.

Stay in the artsy neighbourhood of Nakazakicho

Nakazakicho, within the northern area (‘Kita’), is a neighbourhood brimming with artistic types behind independent galleries and quirky cafés. Get a feel for this trendy area with a couple of nights at the Hotel Fine Garden Umeda, which is just a short distance from the station.

Hiroshima is known first and foremost as a national trauma, having been destroyed during World War II. Now, however, it stands as a place where ancient history and modern cultural offerings coexist. 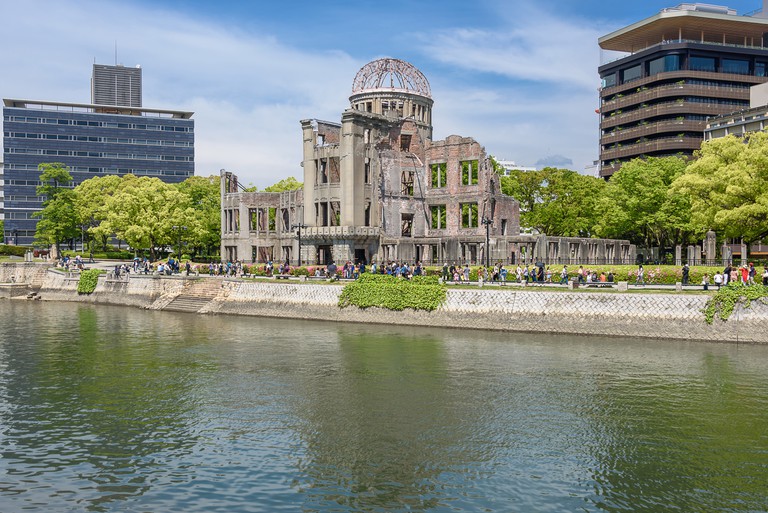 Atomic Dome in Hiroshima | © Elisete Shiraishi/Getty Images
Taking a moment at the Hiroshima Peace Memorial (also known as the A-Bomb Dome) is an important part of visiting this city. The UNESCO World Heritage site is the remains of the Hiroshima Prefectural Industrial Promotional Hall, which is the only structure to have withstood the first atomic bomb in 1945.
Open In Google Maps
2 1, Nakajimachō, Naka Ward Hiroshima, Hiroshima, 730-0811, Japan
+81822414004
Visit Website
Give us feedback

Stay at a bicycle-themed revamped warehouse

Home to ancient temples and picture-perfect vistas, the coastal town of Onomichi in Hiroshima Prefecture makes a case for staying overnight. Stretch out your stay to a couple of days at the Onomichi U2 hotel; a revamped warehouse that’s designed around cyclists, it’s an aesthetically pleasing space to stay in. Much like the locals, grab a bike and trace the town’s 70-kilometre (43-mile) trail.