Tucked away at the end of a twisting cobblestone path and hidden from the main streets of a city known for its 1600+ shrines and monuments, Yasui Konpira is one of Kyoto’s most eccentric and intriguing landmarks. Commonly referred to as the “Break Up Shrine,” the small Shinto shrine allows visitors to pray for assistance in breaking up with all kinds of situations – bad habits, poor work conditions, or even an overbearing mistress. In the center of the shrine is a large white sculpture covered in a mass of papers. Each patron says a prayer on each side of the monument before crawling on their hands and knees through a small opening of the stone sculpture, anxiously writing their wish and gluing it onto the structure itself. 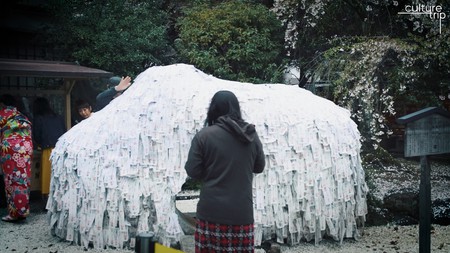 Landmarks like these are often overshadowed by those with more expansive and breathtaking views such as the Bamboo Forest in Arishiyama or the Imperial Palace. However, as tourism continues to grow in Japan, local curators like Sara Aiko Coe of Curated Kyoto are doing their part in revealing some of the more offbeat destinations for those looking to avoid the tourist traps that overwhelm our social media feeds. 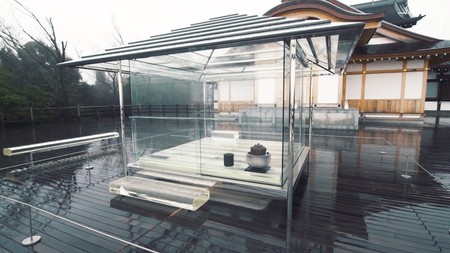 “I love New York,” Sara explained, “but what makes me love the city and makes me continually go back isn’t the Statue of Liberty or the Empire State Building, but rather the communities you find at the neighborhood bars and out of the way restaurants and spaces.” Sara speaks to a larger growing trend of travelers who want to live like a local. As far off foreign destinations continue to become more accessible through cheaper international routes, those looking to visit a new city are seeking more than just a pretty photograph – they’re seeking unique experiences.