The Best Things to See and Do in Mie Prefecture 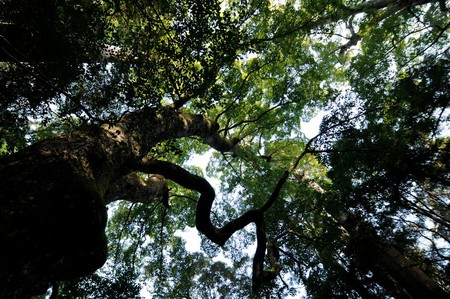 Mie prefecture, located between Nagoya and Osaka, isn’t exactly on most travelers’ bucket lists for Japan. In fact, the prefecture doesn’t even have a direct stop on the shinkansen. But if you overlook this unassuming destination, you’d be missing out on stunning shrines, epic ninja, and some of the best wagyu beef that Japan has to offer.

Make a pilgrimage to the ‘soul of Japan’, Ise Grand Shrine

Ise Jingu, or Ise Grand Shrine, is the biggest attraction in Mie — and for good reason. This Shinto shrine is one of the most significant in Japan as it’s said to enshrine Amaterasu, the sacred sun goddess. It’s also the starting point for the Isechi Route of the Kumano Kodo pilgrimage, which goes from Ise Shrine to Kumano, the sacred home of Shintoism on Japan’s Kii peninsula.

Become a ninja at the Iga-ryu Ninja Museum

Iga City in western Mie was home to one of Japan’s most legendary ninja schools during the Sengoku period of warring states. Learn all about the Iga school of ninja arts at the Iga-ryu Ninja Museum, which includes a guided tour of a ninja mansion with all its trap doors, secret walls, fake corridors, and hidden compartments; a live show demonstrating actual techniques and weapons used by ninja; and an exhibition hall featuring authentic costumes and weapons with explanations in both English and Japanese.

Get a taste of Matsuzaka beef, the ultimate rival to Kobe beef

Matsusaka beef is an extremely high-quality domestic beef hailing from the Matsusaka region in central Mie. Here, cattle are hand raised in extremely small quantities due to the amount of care and pampering required to raise championship-class cattle. While Kobe beef is known for its intense marbling and foie gras-like richness, Matsuzaka beef is just as tender and marbled but has more of a beefy flavor. That’s because, despite the fine snowlike marbling throughout Matsusaka beef, the taste and meaty texture of red meat dominates every cut, giving it more savory beefiness without the taste of fat.

Take a long soak in the waters of Yuunoyama Onsen

Located at the foot of Mount Gozaisho, Yuunoyama Onsen is the perfect place to relax and unwind after a day of vigorous hiking or climbing. The hot springs here have served the people of Mie for over a thousand years.

Located in the sea just offshore from the town of Futami, Mie, is a pair of rocks known as ‘Meoto Iwa’, or the ‘Married Couple Rocks’. The two rocks are said to represent the Shinto gods of creation and have been ‘officially’ joined by a shimenawa, a heavy rope of hemp or rice straw that’s used in traditional rituals. In the summertime, you may be able to see Mount Fuji in the distance on a clear day. It makes for quite the selfie on your Japan honeymoon!

On the opposite end of the haute cuisine spectrum from Matsusaka beef is the cheap yet mouth-wateringly delicious Mie dish tonteki, a pork-loin steak fried up in a thick soy sauce with whole cloves of garlic. This hearty meal is eaten with shredded cabbage, steaming rice, and a side of tonjiru (pork and miso soup), often with unlimited refills of the sides. It’s unmistakably blue collar, but unforgettably good.

Check out the Nabana no Sato flower park at Nagashima Resort

‘Illumination’ is Japan’s take on extravagant holiday lighting that isn’t specifically limited to the holidays. The Nagashima Resort complex includes an amusement park and hot spring resort, as well as a stunning flower park called Nabana no Sato known for its illumination displays. In the wintertime, over eight million LED lights brighten the park’s trees, while in the spring they illuminate Nabana no Sato’s incredible gardens and carpet-like fields of flowers.