Beppu, the Beachside Town in Japan Where You Get Buried in Hot Sand 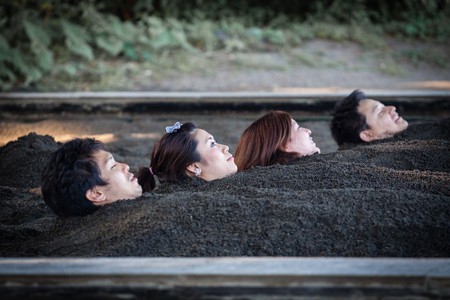 While onsen hopping is basically a national sport in Japan, sitting naked in a pool full of strangers isn’t for everyone. Taking the time to relax is important for the Japanese though, who toil through some of the longest work hours in the world – and that’s where sand baths come in. Curious? Read on to find out more.

As a tradition that’s been enjoyed since the beginning of time, onsen bathing is still one of Japan’s main tourist attractions, both domestically and internationally.

Powered by its volcanically active land, Japan’s onsen baths have been the motive behind some of the country’s greatest cultural exports, such as Dogo Onsen, the bathhouse that inspired Studio Ghibli’s animation masterpiece Spirited Away. 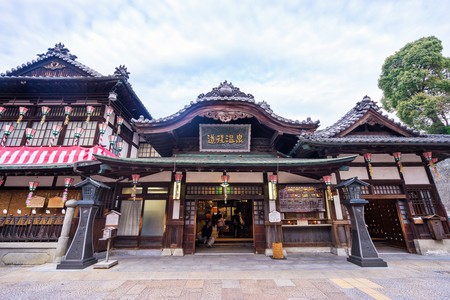 If you’re a little shy, not a fan of water, or are simply after a more unique experience while in Japan, maybe it’s worth visiting Beppu Beach Sand Bath in Oita Prefecture to try out a little sand bathing.

What is a sand bath?

Sand bathing sounds like a pretty uncomfortable experience, but in reality it’s meant to do wonders to your general health and wellbeing. The process of sand bathing basically requires you to be buried in a large pit of warm volcanic sand, with your head poking out. As the temperature of the sand warms your body you start to sweat – a lot – and in doing so, you’re sweating out all the toxins from your system.

If having to wash sand out of every hidden crevice of your body seems less than appealing, never fear, as guests are supplied with a yukata, a summery bathrobe-style kimono to wear while you get buried, which will keep you relatively sand-free. 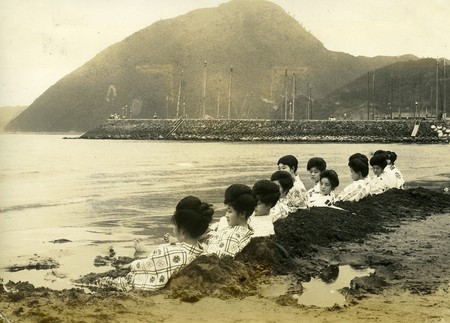 After half an hour of being submerged from the neck down, you’ll emerge sweaty but rejuvenated and supposedly free from impurities. The pressure and warmth of the sand is meant to leave you feeling like you just experienced a professional full body massage, which is pretty much the pinnacle of relaxation. In all the experience will cost you about 1,000 yen ($10USD), which is also a lot less than a massage.

The sand bath resort is located in located next to Beppu International Tourist Port, on the beach of Shoningahama on Japan’s southern Kyushu Island. Kyushu is the nation’s third largest island and home to the major city of Fukuoka. 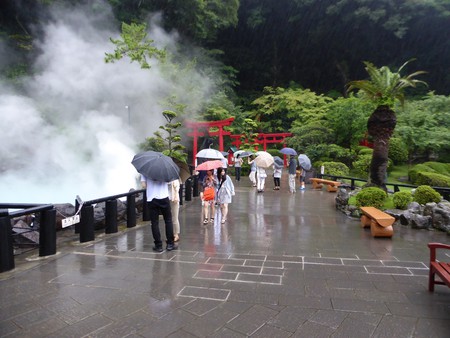 The bubbling Beppu area has further traditional hot springs, as well as some pretty unique sites. One of the area’s standout sites is Jigoku, a collection of seven impressive hot springs whose name in English translates to ‘the hells of Beppu’. So named because the ground here is literally a bubbling pit of holes that strike an uncanny resemblance to hell on earth, it’s similar to Osorezan in Aomori Prefecture.

If you’re after the ultimate unique relaxation getaway in Japan then you can’t get much better than Beppu. The best way to get to there from the more central areas of Japan is to catch a shinkansen train from Tokyo to Kokura station, and from there catch the Sonic limited express train for Beppu. If you’re short on time, Tokyo’s Haneda Airport offers 90-minute flights straight to Oita airport. The best way to get around the area is via the local network of trains and buses.