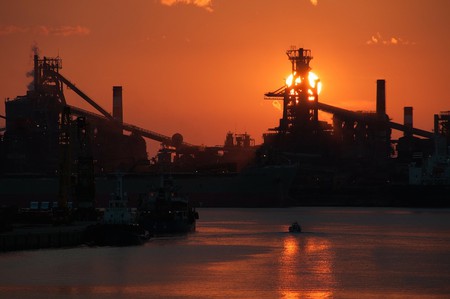 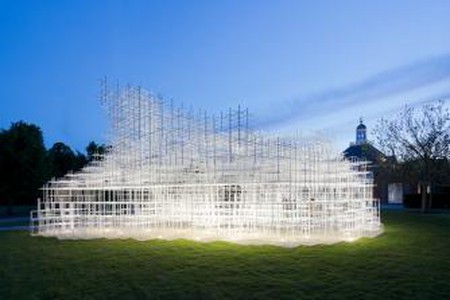 Fujimoto is the youngest architect to participate in the Serpentine Gallery’s annual pavilion. The 13th pavilion is a grid of steel lattice forms repeated endlessly until the eye looses track and the undefined edges blur into the green landscape of Kensington Gardens. The interactive grid allows people to climb, explore and move through its structure, providing both a social space and an opportunity to investigate architecture and landscape separately. Fujimoto creates spaces and forms which merge the outside with the inside whilst picking threading natural elements throughout his pieces. His buildings encapsulate the lightness of clouds, the intertwining of nests and the scale of the trees. Through his use of materials and form, Fujimoto has adapted these natural concepts into a radical architectural language. 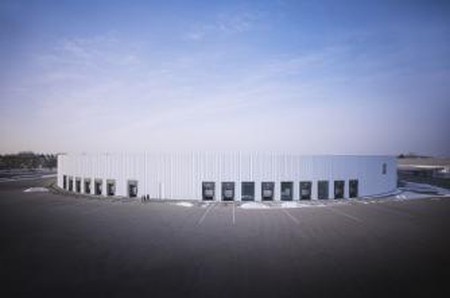 SANAA is a collaborative studio run by Japanese architects Kazuyo Sejima and Ryue Nishizawa. Known for their innovative designs SANAA retrieves a lightness and freshness by prioritizing spatial qualities that organise and simplify the activity within. Aesthetically beautiful and logically planned, their designs have been awarded prizes from the Architectural Institute of Japan and the Kunstpreis Berlin from the Berlin Academy of Arts. SANAA designed the production facility for Vitrashop. Conceived in a circular plan, this unusual layout provides a flexible use of space to accommodate different functions. Careful consideration has been given to the various uses for the structure, and the resulting design simplifies traffic and creates a more efficient working space. 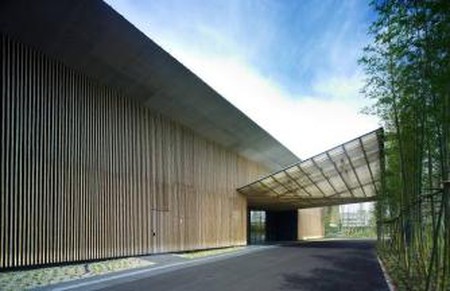 Kengo Kuma has been practising architecture since graduating from the University of Tokyo in 1979. His architectural style is an amalgam of traditional Japanese design and 21st century technology, resulting in highly advanced yet beautifully simple buildings. Kuma experiments with the exchange between architecture and nature, examining natural materials, light, and how the building meet with their natural surroundings. The architect has recently completed a hotel in Miyazaki which features bamboo cladding and timber eaves, and is centred around a courtyard fusing interior and exterior realms. The natural materials and use of space creates a calming and tranquil atmosphere.

Kengo Kuma often approaches architecture with an eye towards exhibiting. ‘Architecture Between Tradition and Innovation’,, was an exhibition curated by the architect himself. Six of his projects were displayed in boxes that incorporated each of the designs’ underlying principles. Visitors could examine the projects in an interactive sense, by lifting, sliding and discovering hidden theoretical elements of the building. Kumo is constantly re-engaging with different aspects of the architectural discipline, whether it be construction or representation in order to give further progress to his ideas. 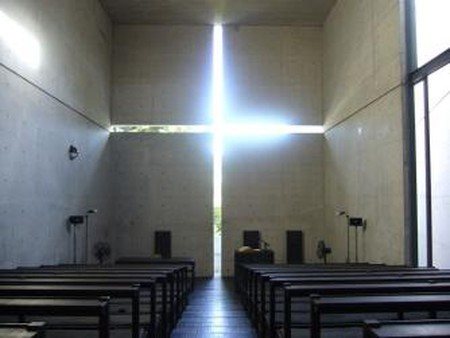 Tadao Ando made a surprising transition from boxing into architecture. As a self-taught architect, his visual style was moulded by the visits he made to historic buildings and through his exposure to inspirational figures in the field. Ando’s personalized journey into the architectural realm helped him distinguish a unique architectural vision, one which veers away from commercialisation and focuses instead on the individual. The architect engages with the cultural implications of architecture:

‘Western society seems to be centred on American culture but I think it is important to understand that apart from that main culture, there are so many other cultures’ – Tadao Ando

Ando is renowned for his use of concrete to produce a sense of simplicity and organisation, whilst still conjuring a lightness of atmosphere. Concrete’s versatility allows for an exchange between the building and its social and geographical landscapes which is an important characteristic of Ando’s buildings. 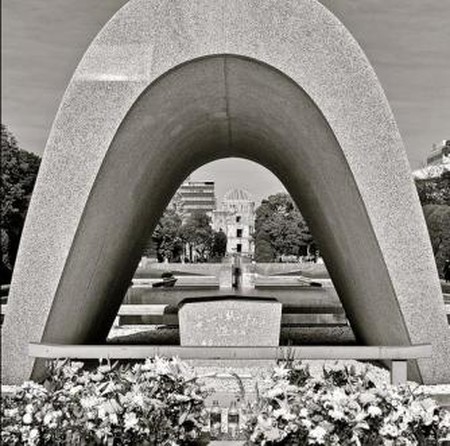 The atomic bomb, dropped on Hiroshima on August 6th 1945, killed over 150,000 people and completely disfigured the city’s urban face. Tange was commissioned to reconstruct Hiroshima, a huge task given its scale, history and attached sensitivity. Peace and humanity were central to Hiroshima’s new identity, and Tange used Modernism to articulate this change. With form following function, Tange spearheaded Japan into a Modernist era, still representing unity and peace today. Tange’s Modernism, combined with the core values of Japanese design, took Japanese architecture and urban planning in a new direction. The Hiroshima Peace Centre and Memorial Park is a concrete masterpiece Le Corbusier himself would have approved of. Winner of the Pritzker Prize in 1987, the late Tange remains one of the world’s most influential architects and town planners.

Toyo Ito is renowned for recontextualising architecture within today’s contemporary technological era. Focusing mainly on the conceptual side of the architectural discipline, Toyo Ito produces unlimited possibilities for emerging forms, theories and architectural manifestations. Ito’s self-confessed favourite project, ‘the Sendai Mediatheque’, examines a new conceptual take on architecture which revolves around three elements: plate, tube and skin. Ito believes this conceptual formula will re-determine the constructs of contemporary architecture. With their digitalised aesthetic, Ito’s buildings are perfectly situated between the digital and tangible. The form of Ito’s Serpentine pavilion was derived from the algorithm of a cube as it expanded, producing shapes and patterns that appear random, but are in fact very calculated. Ito won the 2013 Pritzker Prize, and is celebrated for his impressive contributions. 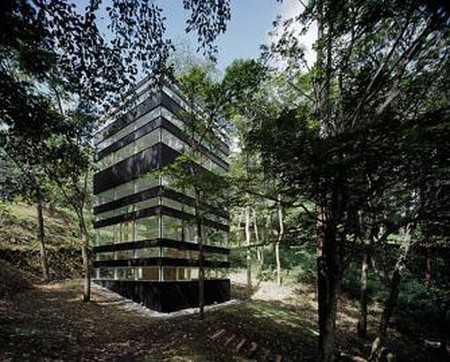 Takei Nabeshima is an architecture firm formed by architects Makoto Takei and Chie Nabeshima The practice is known for its experimental approach which unites nature and building and its ability to create lightness and transparency. The Ring House, located in Karuizawa, Japan, sits isolated in the heart of the forest. Takei Nabeshima designed the house as if it were in a city, with the building reaching upwards towards the canopy, mimicking the height and magnitude of the trees around it. The rings of cladding wrapped around the house hide areas of accommodation and servicing within the house, whilst the glass creates an optical illusion of transparency. The architects play with boundaries and materials to make it seem as if the resident are living within the trees. 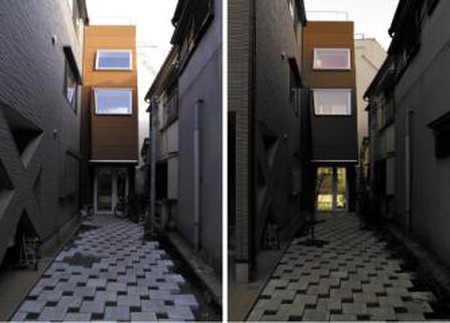 Yoshiharu Tsukamoto and Momoyo Kajima formed Atelier Bow-Wow in 1992. The firm is renowned for its inventive use of space, and their micro buildings inspired the coining of the term ‘pet architecture’. Due to Tokyo’s density and overcrowding, the precious pockets of space within the city become design opportunities for Atelier Bow-Wow. The practice is renowned for their inventive use of urban space and knowledge of social demands within the cityscape. Their micro buildings have revolutionized the constructs of a traditional house and are constantly shaping, and being shaped by their immediate urbanity. Coffee Saloon Kimoto, for example, can hold only four people at a time, and is squeezed into a triangular nook within Tokyo. 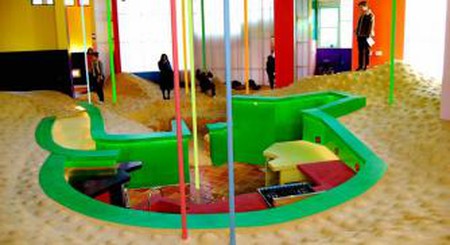 Shusaku Arakawa was an architect and artist whose designs challenged the constraints of death, believing his buildings could defy morality. With unimaginable shades of colors, uneven floors and disfigured private spaces, the architectural design was thought to keep the residents alive by disorientating and constantly stimulating them visually. The impracticality of the house ensured the residents were always aware and alert, which, Arakawa believed, would distract them from remembering to die. This philosophy was created with his wife Madeline Gin and epitomised in the well-known Bioscleave House, New York. Shusaku Arakawa passed away in 2010. 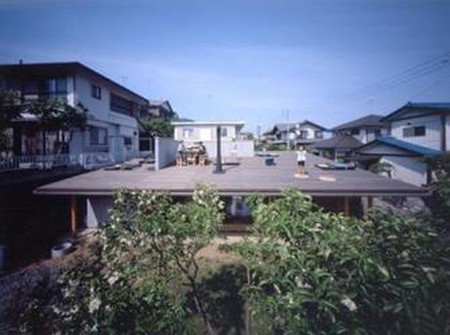 Tezuka Architects is a husband and wife partnership created in 1994. They have won numerous awards including the Architectural Institution of Japan prize in 2008. The practice re-evaluates how people inhabit spaces, and produce buildings which depend on the external as much as the internal. The Roof House is a residential space for which the architects have removed internal components and placed them instead on the roof on the house, utilising this space which is usually redundant. Residents access the rooftop kitchen, shower and dining table via ladders which are positioned throughout the house.