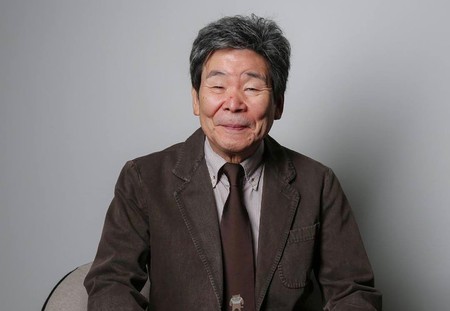 Isao Takahata was the beating heart of Studio Ghibli. While his friend and co-founder Hayao Miyazaki may have been the more recognisable face at the legendary studio, it was the late director who was the more creatively daring of the two. He leaves behind an incredible body of work.

During his career at Studio Ghibli, Takahata directed only five films, each of them utterly unique. Stylistically, there was no such thing as a ‘typical’ Isao Takahata film, as he worked with a variety of animation styles. His movies were bold, fearless works that stuck to no single genre. Subject matters ranged from the horror of life in wartime Japan to a family of magical transforming raccoons. Beauty, impermanence and sorrow were recurring themes. Unlike Miyazaki, Takahata was fascinated by the nuances and fleeting moments of everyday life. What appeared mundane to others was, to him, fertile soil for his boundless creativity.

Born in Mie Prefecture and educated at the University of Tokyo, Takahata was already an experienced anime director by the time he co-founded Studio Ghibli along with Miyazaki and producer Toshio Suzuki in 1986. One of Takahata’s best-known features up until then was the children’s anime Heidi: Girl Of The Alps (on which he collaborated with Miyazaki). But his first film for the then-fledgeling studio was the unforgettable Grave of the Fireflies.

A harrowing drama set in the spring of 1945, Grave of the Fireflies is about two children fighting for survival in the city of Kobe during the final stages of World War II in the Pacific. It examines the devastating impact of war on childhood innocence with an unflinching eye. The film was a watershed moment for Japanese animation, as it showed that the medium was capable of telling ‘grown-up’ stories that could connect and linger with audiences. Given its sombre subject matter, it’s no surprise that Grave of the Fireflies was not a huge box office success when it was released as a double bill alongside My Neighbour Totoro. It has since been recognised as a masterpiece.

Takahata would make his follow-up three years later with the sublime Only Yesterday. Less emotionally devastating than his debut but no-less expertly crafted, the movie follows a young woman reflecting on her childhood. At the time, it was unlike anything else seen in animation: a realistic drama made for adults, centred around a female protagonist. That didn’t stop it from becoming the highest-grossing film at Japan’s box office in 1991. It only received an official English-language dub in 2016, with voices supplied by British actors Dev Patel and Star Wars’ Daisy Ridley.

Takahata would indulge his fantastical side with his next feature, Pom Poko, which is inspired by popular myths in Japanese folklore. It tells the story of a dysfunctional family of transforming tanuki who must put aside their differences when their home is under threat from human builders. Charming and laugh-out-loud funny, it gave Takahata room to stretch his thematic legs, showing a more playful, humorous side to the director.

For his next feature in 1999, Takahata did yet another 180-degree creative turn. My Neighbours The Yamadas is a series of vignettes about life in the Yamada household. A classic of the slice-of-life genre, it follows a squabbling husband and wife, two children, a cantankerous grandmother and a po-faced dog. The film takes an honest-but-affectionate look at the moments that challenge, define and bring a family together. One distinguishing feature of the film is its visual aesthetic, which is a complete departure from Studio Ghibli’s house style and takes inspiration from Japanese comic strips.

Takahata’s next job as director was contributing a segment to Winter Days, a 2003 animated anthology based on the work of revered Japanese poet Bansho, the man credited with inventing the haiku. But the film that would become his farewell masterpiece would not materialise until 2013’s The Tale Of The Princess Kaguya. Adapted from the well-known Japanese folktale of a little girl with magical origins, the film was nominated for Best Animated feature at the 87th Academy Awards. It is one of Studio Ghibli’s crowning artistic achievements, owing to its exquisite watercolour art style, a masterful combination of fantastical and dramatic storytelling, and an ending that doesn’t leave a dry eye in the house.

News of Takahata’s death was sudden and unexpected. While he is mourned by fans and movie lovers alike, his movies are a lasting testament to a low-profile genius, whose incredible talent helped define one of the greatest animation studios of all time. His atypical, peerless approach to moviemaking will continue to inspire creators for a long time to come.