An Introduction to Takashi Miike 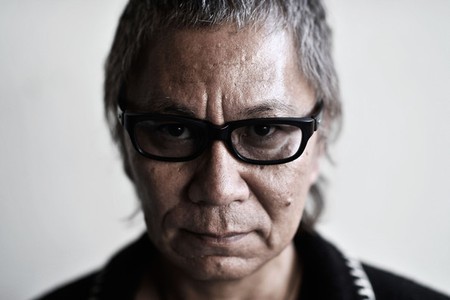 As much a force of nature as he is a film-maker, Takashi Miike is Japan’s greatest living director. Fearless and adept, he is able to bounce effortlessly between multiple styles and genres with ease. A combination of raw talent and a seemingly insatiable need to create means that he boasts a CV with more bulk than a telephone directory.

Miike has 100 directing credits to his name across film, TV and straight-to-video but a comparatively slim fraction of these have found acclaim or even attention outside of his home country. Riding the J-Horror wave in late 90s (heralded by Hideo Nakata’s seminal Ring ), Miike initially found fame in the West with astonishingly graphic movies which left unwitting audiences gasping.

Like his Western peers Martin Scorcese and David Lynch, Miike has an attraction to the visceral but is never limited by it. His reputation for ultra violence is deserved, with a sizeable chunk of his output devoted to no-punches-pulled yakuza films and his aforementioned horror fare, but there is so much more to this down to earth workhorse than meets the eye.

Born in Osaka, Miike graduated from Yokohama film school before cutting his teeth on TV work. His first forays into directing came via direct-to-video releases, where he was able to stretch his creative legs until he built his skill set even further – and finally got his name in movie theatres – with a slew of extreme crime dramas, as typified by the movie Shinjuku Triad Society in 1995. It was here that Miike solidified his mix of envelope-pushing violence coupled with bizarre, larger-than-life characters.

While cranking out Japanese grindhouse, however, Miike was still able to find time to try his hand at different genres, such as love story Andromedia and socio-ecological drama The Bird People in China, both of which were released in 1998. The following year, he would make the movie that finally broke him overseas.

Considering its reputation as a horror classic, Audition is a film that has very little graphic horror until its now-notorious climax. What precedes all that is a gentle, heartbreaking study on the nature of loneliness and the lengths some people will go to to try and circumvent it. Two years after Audition, Miike would make another J-horror landmark, the deliriously over-the-top Ichi The Killer. Depending on what you read or who you speak to, Ichi is the most violent film ever made, so hard to stomach that it is still banned in some countries. A more discerning eye, however, will see a film with a jet black sense of humour and a comic book sensibility far too outlandish to be taken even remotely seriously.

Both Ichi and Audition marked a watershed for Miike’s profile in the West and he started gaining arthouse credibility. But he had no interest in relocating to Hollywood or diluting his art, preferring instead to simply keep up the production line at his end. The usual slew of gangster movies, manga/anime adaptations and offbeat gems continued until 2010, when Miike unleashed one of his best-ever films, 13 Assassins.

The film is quintessential Miike, with the first two acts playing out as a sombre, beautifully-shot historical drama before a stupendous, hour-long climax, in which an army of 200 samurai face off against the titular assassins, hired to slay a sadistic warlord. As the film hurtles towards its grisly end the viewer can virtually smell the blood, so much of it having been mercilessly shed onscreen.

The film is a wonderful mix of styles, showcasing a maturity in Miike’s filmmaking technique. This maturity would be on display again in his melancholic period piece Hara-Kiri: Death Of A Samurai in 2011 and 2012’s thriller Straw Shield, which would be nominated for the Palme D’or at Cannes.

In recent years, Mike’s pace has been as breakneck as ever. He helmed an adaptation of Ace Attorney, the hugely popular video game in 2012 and came within spitting distance a few years ago of making his first English-language film, a crime drama set in post-World War II Tokyo with Tom Hardy playing an American soldier entangled with the yakuza. Sadly it did not come to be, but this year has seen the release in Japan of Miike’s 100th directorial effort, Blade Of The Immortal, an adaptation of the best-selling manga which is already being warmly received by critics. Following quickly on its heels is another manga adaptation, the hotly-anticipated JoJo’s Bizarre Adventure: Diamond Is Unbreakable Chapter 1.

In his own words: “I really enjoy working with limitations or restrictions. And if I find a space within the movie to express myself, I’m very happy. I am discovering myself as a director all the time.”