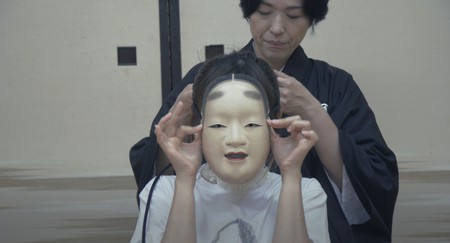 Japan’s traditional art form of Noh can seem confusing at first, but with a little context, anyone can enjoy its beauty and learn its lessons.

At the back of the raised stage are four musicians. The beating of the drums is interspersed with the high resonant trill of the flute. To their left is a chorus of singers, sitting in straight-backed seiza position, emitting deep-voiced cries of “yo, ho, yo-ii”. An actor is dancing slowly in the centre of the stage, dressed in a sumptuous gold-patterned costume and wearing a sharply moustachioed mask framed by long, thick black hair.

This is the moment when the deity Sumiyoshi dances beneath the moon in the famous Noh play Takasago. Even without a deep understanding of Noh, the effect can be striking. 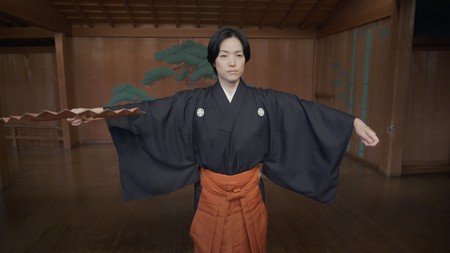 “The first time I saw Noh on stage, there was a scene where two actors just stared at each other for more than three minutes,” says Yoko Layer, a shite (lead actor) of the Kanze School. “There was this amazing energy surging between the two. I was so struck by it, and I remember thinking, ‘what on earth is this?’” After awakening to the artistic possibilities of Noh, Layer devoted herself to the study of this ancient Japanese art form.

Noh can be traced back to the 14th century, and was founded by playwrights Kan’ami and Zeami. Performances are usually made up of three plays, with dance and movement working in harmony with speech and music to express the story. A short comedic kyōgen in between helps lift the tension of stories, which often deal with heavy subject matter. 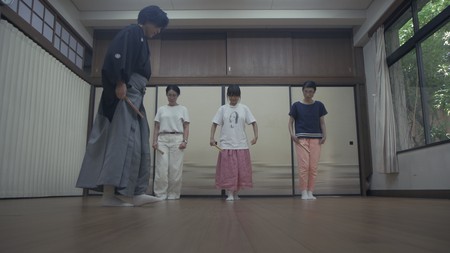 In Sumidagawa, a mother searches the country for her abducted son, only to find that he drowned in the Sumida River and only his ghost remains for her to meet. In Tomoe, a Buddhist monk meets the spirit of warrior Lady Tomoe; she asks for relief from her suffering, having died apart from her husband, the warlord Minamoto no Yoshinaka. The dead and the living often appear alongside each other on the Noh stage.

“The dead and the living can both speak on this stage,” says Layer. “Through those colourful curtains is the kagami no ma [mirror room], and that’s where the afterlife is. On the square of the stage is the land of the living, where the monk sits, and the bridge between the two connects the living world to the underworld.”

While it may sound impenetrably esoteric, this dialogue between the living and the dead has real-world lessons to teach us. “Spirits come from the afterlife to be soothed,” Layer says. “If my friends are suffering in the living world, I’ll let them talk … In the world of Noh, speaking is usually a confession. To speak – to confess is a type of healing.” 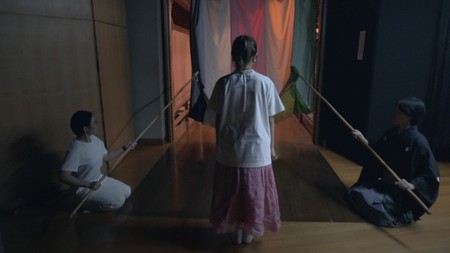 In Noh theatre, there is often dialogue between the living and the dead | © Sam King / Culture Trip

Although Noh is a deeply traditional art form, it’s changed organically over the centuries. Indeed, as Layer learned during her training, there’s already some crossover between Noh and other theatre traditions.

When her master suggested that an actor should always consider why other characters say what they do, Layer recognised a key element of the Stanislavski system, a form of method acting. “I asked him who he had learned that from, and my master said, ‘I thought of it myself’.”

Layer also noticed that visualisation practice was a part of Noh rehearsals, again a key tenet of Russian method acting. “So I asked again – who did you learn that from? And he said he learned it from himself.” 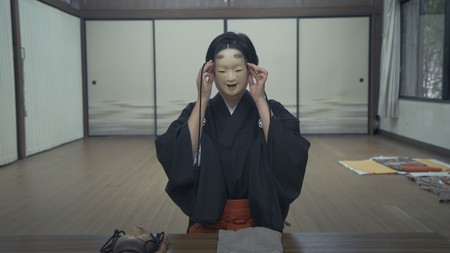 As a Noh theatre instructor, Layer teaches her students the more technical elements of the Stanislavski method, helping them to make much more dramatic progress. “Though the path up the mountain is different, the peak is the same,” she says.

Although it may seem like an art shrouded in mystery and layers of ritual, Noh is something that everyone can enjoy. But the essence of this particular form of theatre is more than just entertainment.

“We want [the audience] to think about life after they have gone home, with its tears and struggles. That’s true art, true theatre,” Layer says. “It’s the same thing that my master in Stanislavski theatre used to say – enrich the person’s life, even after they’ve gone home.”