An Introduction to Japanese Statues 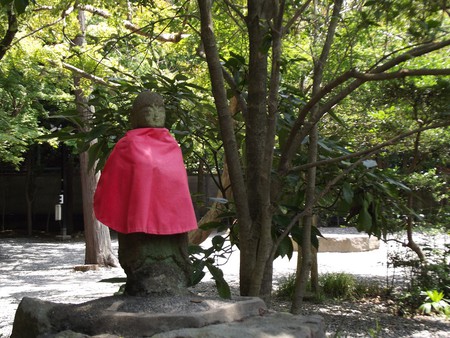 It's common to see bibs on jizo | © Alicia Joy

The statues found in Japan are as unique and fascinating as the cultures that inspired them. Most of these figures have become so ingrained in Japanese culture that they appear in popular media like anime, and feature in movies and video games. For those unfamiliar with those waving cats or childlike Jizō, here is an introduction to some of the most common statues in Japan.

The ubiquitous maneki neko (beckoning cat)–known as lucky cat statues in English–are a common sight within Japan, China and Taiwan. These little guys have been around since the Edo Period and are believed to bring their owners good luck, but their exact origins are unclear. Legend has it that a Japanese bobtail cat, the breed typically depicted by the statue, raised its paw in a beckoning gesture to a traveling nobleman. After approaching the cat, the man realized that he’d narrowly missed falling into a trap laid for him just ahead. In addition to a beckoning paw, maneki neko are often seen holding a gold coin. This ties into the belief that they bring good luck, and thus prosperity and wealth to business, and it is these types of maneki neko that are popular with businesses outside of Japan. 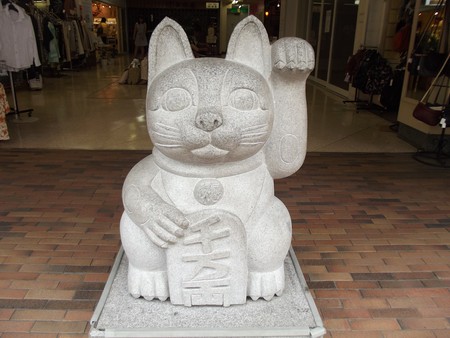 Tanuki are raccoon-dogs and are native to Japan. Tanuki themselves are believed to prevent fire and theft, but as statues they do much more. Since the number eight is lucky in Buddhism, tanuki statues often have these eight lucky traits: a hat to protect against weather and trouble, large eyes to observe and make good decisions, a tail for balance and strength, a promissory note for trust, a sake bottle representing virtue and a–sometimes comically–large scrotum (which wild tanuki really do possess) symbolizing financial luck. Finally, a big belly–representing bold but rational decision-making–and a friendly smile. 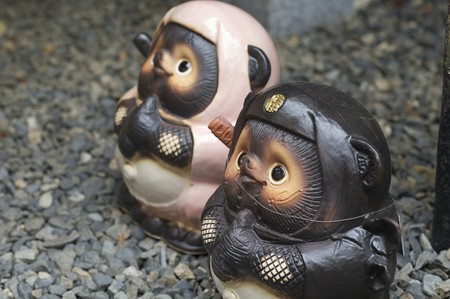 Jizō statues are the guardians of travelers, and are often found at roadsides and forks in the road. The origin of these statues stems from Ksitigarbha, a bodhisattva who is depicted as a Buddhist monk and who the savior of souls have to suffer in afterlife. He is also the patron saint of children, including deceased children. Because of Ksitigarbha’s connection with children–and particularly those who are unborn or stillborn–it’s also common to see Jizō statues in cemeteries or gardens set aside to pray for deceased children on temple grounds. Parents will pay to erect a statue in honor of their child and leave stones and offerings to ease the lost one’s passage into the afterlife.

It's common to see bibs on jizo | © Alicia Joy

Komainu – known as lion-dogs in English—are guardian statues found at the entrances to shrines, temples and other important structures that need special protection. They are thought to be imported through Okinawa from the Guardian Lions of China, which have been around since the Han Dynasty around 200 BC. Komainu are thought to ward off evil spirits. As a pair, one usually has its mouth open while the other is closed, together appearing to pronounce the Buddhist syllable Aum—the beginning and end of all things. 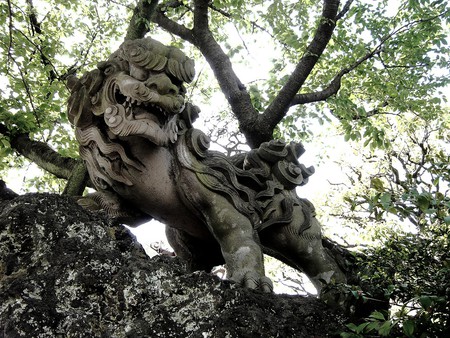 Buddharupa are statues made in the form of figures who have obtained buddhahood. The name is Sanskrit for ‘Form of the Awakened One’. Historically, Japan is heavily influenced by Buddhism, and the different sects went in and out of fashion through the ages depending on who was in power. Today, both Shinto and Buddhism can coexist peacefully, since neither is a religion which requires absolute adherence. As a result, Buddhist statues are a common sight around Japan, and some have even become quite famous, such as the enormous Amida Buddha statue in Kamakura. 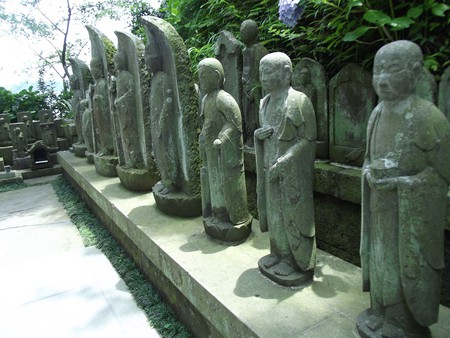 Various buddharupta in a temple garden | © Alicia Joy
Give us feedback