An Introduction to Hideo Kojima 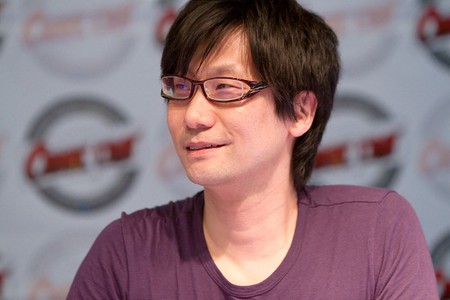 His new game Death Stranding was the talk of the town at this year’s E3 Expo, and he’s one of the most important figures in the history of video games, but what else has Metal Gear creator Hideo Kojima achieved in his incredible career?

Hideo Kojima is the James Cameron of video games – a maverick auteur with very big ideas, a fetishistic love of technology and a constant need to push his chosen medium as far as it can possibly go, whatever the cost. Add to this an obsession with movies and the band New Order, and you have one of the most unique video game creators currently working today.

One of the things makes Kojima so unique is that he was one of the first in his profession to embrace the idea of a ‘rock star’ creator. In the 1980s, anonymity among video game creators in Japan was such that some staff used fake names on a game’s end credits. Not so with Kojima, who took direct inspiration from Hollywood and proudly uses the title card ‘A Hideo Kojima Game’ in the opening moments of all his games since the late 1990s. And this is no mere ego boost – Kojima is a hands-on creator, planning a project, designing gameplay, writing the script, directing the game and overseeing every aspect, right down to the music used in the trailers. He is also a prolific presence on social media, sharing pictures of himself with the sort of people one doesn’t normally associate with Japanese video game developers – you wouldn’t expect to see Shigeru Miyamoto sitting next to the director of Drive.

On my last day of LA, I came to have Nicolas @NicolasWR listen to my life story as always. 👍 pic.twitter.com/r4NH0c9hqH

Kojima was born in Tokyo in 1963 and endured a lonely childhood in which music and movies were the main means of escape. Growing up, he wanted to work in a creative field, but his dreams were at odds with Japanese social norms, where a salaried job was seen as a more favourable line of work than a filmmaker or illustrator. While studying economics at university and playing Famicom in his downtime (he cites Super Mario Bros. as a huge inspiration), Kojima decided what he wanted to do with the rest of his life – make video games. At the time, the medium was only just getting off the ground, and his announcement to friends and peers was treated with scepticism – how could anyone possibly make good money off of a passing fad aimed at children?

Despite his iconic status in the present day, Kojima’s start in the video game business was deeply inauspicious. Instead of Famicom games, he was consigned to the MSX division, making titles for an underpowered home computer. His ideas were rejected by colleagues, and his early years were dogged by failure, until he was re-assigned to take over a project that no one had any particularly high hopes for: a military-themed action game by the name of Metal Gear.

The MSX hardware’s lack of horsepower meant there was no way it could display a hail of bullets and multiple enemies on screen at the same time, but Kojima worked around this by taking inspiration from one of his favourite movies, The Great Escape, and instead reframed the action from the perspective of a lone soldier who must infiltrate an enemy facility without getting caught. The stealth genre was born, and Metal Gear made a decent splash on arrival. Kojima’s career had finally started to take off.

Kojima would work on a well-received sequel, Metal Gear 2: Solid Snake, soon after. His next creative leap forward came with the 1988 Cyberpunk graphic adventure Snatcher, a game so heavily influenced by Blade Runner (another of Kojima’s all-time favourites) that it almost reads like high-end fan fiction. In 1994, he moved to the PC and PlayStation to make Policenauts, another graphic adventure, this time paying tribute to Hollywood buddy cop movies like Lethal Weapon, mixed in with anime and nods to American science fiction. Interestingly, neither Snatcher nor Policenauts were big hits upon release, but it didn’t matter. Kojima was about to make his next great work, a game that would change a medium, cement his reputation and launch one of gaming’s greatest franchises in one fell swoop: the epochal Metal Gear Solid.

Released on September 3, 1998 for PlayStation 1, Metal Gear Solid was an instant critical and commercial sensation, with more than one magazine hailing it as ‘The Best Game Ever Made’ (‘unputdownable and unforgettable’, read one review). At the time, it was utterly unlike anything else anyone had seen – a stunning mix of stealth, action and storytelling, with the sort of cinematic polish you would normally find in a blockbuster film. It redefined what video games were capable of, spawned a host of imitators and, suddenly, the words ‘A Hideo Kojima Game’ carried a lot of clout.

In 2001, Kojima released a feverishly anticipated sequel, Metal Gear Solid 2: Sons Of Liberty for PlayStation 2. A enormous leap forward from its predecessor in every sense, it also had the distinction of (spoiler alert) pulling the greatest bait-and-switch in gaming history as badass protagonist Solid Snake is replaced after the game’s first act by naive rookie Raiden, a less rugged and more emotionally conflicted hero. The reveal tied in with the game’s thematic arc of fake news, misinformation and manipulation of data, but gamers had no idea that Raiden would be a playable character and in some quarters reacted with anger. Kojima’s response was to make the game that is regarded by some as the best in the Metal Gear Solid saga – Metal Gear Solid 3: Snake Eater, a return to form that boasted some brilliant gameplay dynamics and an operatic storyline with a stunning conclusion.

Kojima has helmed some other game series besides the MGS saga, including the mecha action space opera Zone Of The Enders and the Game Boy Advance cult classic Boktai. At the same time, he continued to direct a number of acclaimed Metal Gear Solid titles, culminating with Metal Gear Solid V: The Phantom Pain, a deliriously intricate epic that cost so much money and stretched his development studio Kojima Productions to such a limit that it forever broke his relationship with Konami, who it is claimed unceremoniously fired him, rubbing salt in the wound by removing ‘A Hideo Kojima Game’ from MGSV’s box art. The game was met with stellar reviews, but Kojima had reached a point of no return with his former publisher and was forever banished from the franchise that he put on the map.

The story, however, does not end there. After a period in the wilderness, Kojima returned with an announcement – Kojima Productions was back and had begun work on his most ambitious game to date – Death Stranding. Salvaged from the remains of a cancelled project that would have been the next Silent Hill game, little is known about it other than that it riffs on MGS by incorporating stealth, action and exploration, all served up in a distinctly odd dystopian setting complete with portable babies in jars and Norman Reedus in the starring role. After a series of cryptic, head-scratching trailers, gameplay was finally unveiled at this year’s E3 Expo and discussions regarding it dominated the showfloor. The game sees Kojima going full circle, as it is being released exclusively for PlayStation in much the same way that the original Metal Gear Solid was. No release date is set, so we’ll just have to pass the time by seeing who the latest celebrity is posing for selfies with Kojima on Instagram.