An Introduction to: Hideaki Anno 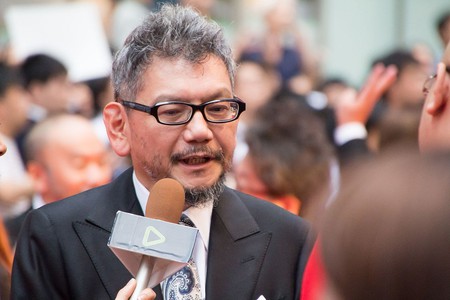 Hideaki Anno is the Lars von Trier of anime; a maverick creator unafraid to take his art to new and challenging places. Like the Danish film-maker, he courts praise and damnation in equal measure and his mental health issues have been as much a source of inspiration as they have anguish.

Best known as the creative mastermind behind Neon Genesis Evangelion, Anno also boasts a fascinating CV. In addition to making some of the most influential anime ever made, he has plenty more strings to his bow, working in live action and illustration as well as being a voice actor.

A self-confessed problem child, Anno was born in Japan’s Ube City in Yamaguchi Prefecture in 1960. He struggled with formal education all his life but was an early adopter when it came to manga, anime and live-action TV shows.

The archetypal otaku, he spent his childhood and teens devouring comic books and cartoons, building a network of friends with shared interests. All the while he was honing his creative skills with self-made art and short films, as well as doing work at conventions.

He eventually accepted a place at Osaka University of Arts and by the early 80s was doing his first professional work in the industry, working as an animator on the classic Super Dimension Fortress Macross (better known in the West as Robotech). His studies fell by the wayside and Anno was expelled by the university. Things were looking bleak, but fate had other plans for him.

Anno packed his bags and headed for Tokyo, answering an ad in a newspaper posted by the legendary Studio Ghibli (then just a fledgling studio struggling to make a name for itself) looking for animators. He met with Hayao Miyazaki and showed him a selection of drawings. Suitably impressed, Miyazaki gave him the gig. Anno’s first job was for the studio’s debut title, 1984’s Nausicaa Of The Valley Of Wind, animating the terrifying God Warrior;

His work was met with acclaim and recognition and gave him a badly-needed boost. Thus inspired, he co-formed the studio Gainax in 1984. His first task with his new venture was working as an animation director on the much-loved 1987 film Royal Space Force: Wings of Honneamise, a sort of steampunk version of The Right Stuff.

Gainax would crank out some outstanding work during Anno’s time with the company. He was the director on titles including Aim For The Top! (aka Gunbuster) in 1988 and the animated TV series Nadia: Secret of Blue Water from 1990 to 1991. The latter, though, would take its toll on him. An excerpt from his official biography reads: “He learned firsthand the horrors that lurk within the production of a TV animation series.” Anno fell into a deep, crushing depression after finishing work on it.

In 1993, still battling mental health issues and failed productions (including plans for a Royal Space Force sequel which fizzled out), he began production on a brand new title, based loosely around the theme of not running away. This would eventually turn into the project that became Anno’s greatest accomplishment to date – Neon Genesis Evangelion.

A work of mad genius, the show combined apocalyptic sci-fi and teen soap opera with Freudian subtext and lunatic spirituality. Anno poured his heart and soul into the show, going so far as to use beleaguered protagonist Shinji as his avatar, right down to Shinji’s crippling daddy issues and his terrified mantra of: “I must not run away.”

The director had big ambitions for the series, which he hoped would act as a sort of petri dish for creating more otaku. His instincts were on the money and Evangelion (simply known as Eva to its devotees) was a global phenomenon, so popular in its native country that the national rail service recently gave it its own bullet train.

The show is notorious for its final two episodes, which have more in common with the likes of Twin Peaks and The Prisoner as the story ends on an ambiguous question mark rather than a climactic full stop. Anno has defended the finale on grounds that he made an informed decision for the highest creative good. Another story goes that at the time, faced with a punishing production schedule and a storyline too ambitious for its own benefit, he cracked under the strain and rather than keep up appearances, laid his soul bare and poured his issues into the show’s closing narrative. And boy does it show.

The show’s fanbase went ballistic and Anno even received death threats. He attempted to make amends with two sequels intended to tie up loose ends. The latter of these, 1997’s The End Of Evangelion, achieves the impressive feat of having an ending even more confusing and messed up than that of the TV show.

Anno’s post-Eva accomplishments make for an impressive list – he married acclaimed manga artist Moyoko Anno, who in turn immortalised him in the manga Insufficient Direction, a charming visual diary about their life together as husband and wife. 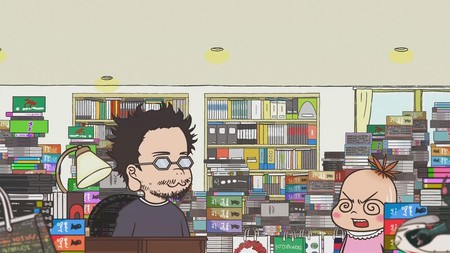 Anno also remade Evangelion as big-budget theatrical titles for his new studio Khara, worked with Miyazaki again as the voice of the lead character in 2013’s The Wind Rises and most interestingly, branched out into live action. His most recent film, last year’s Shin Godzilla, combined city-pummelling kaiju action with a thinly-veiled satire of Japanese bureaucracy. The movie was warmly received by fans and critics.