An Introduction to Ayumi Hamasaki in 10 Songs 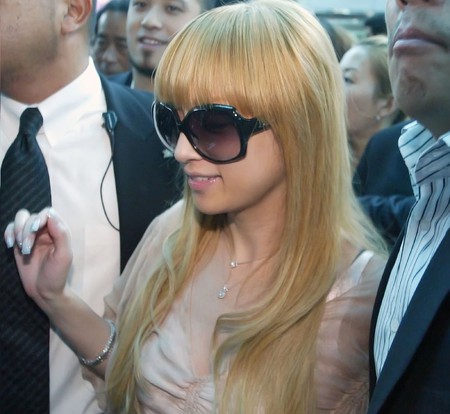 To date, Ayumi Hamasaki is Japan’s bestselling solo artist, and the first female artist to have a number one studio album eight times in a row. Her emotional lyrics and uncompromising integrity in regard to her music career have earned her the love and respect of countless fans at home and abroad.

Hamasaki moved to Tokyo from her hometown of Fukuoka at the age of fourteen. In 1998, she released her first studio album, A Song for XX, and five singles including “Poker Face.” The sound was unadventurous, but the public fell in love with the soulful lyrics Hamasaki had written herself.

While her first singles weren’t an immediate success, by the time the A Song for XX album was later released, it went straight to the top of the charts and remained there for five consecutive weeks. Her first number one single was “Love: Destiny” off the Ayu-mi-x remix album the following year.

Hamasaki’s second studio album Loveppears was followed by Duty in late 2000. Duty would sell over three million copies and become her bestselling studio album of all time, with the single “Seasons” selling one million.

After Rainbow, Hamasaki’s music sales began to decline. While she was still a chart-topping artist, 2004’s My Story would be the last studio album to sell over one million copies. The album was an autobiographical reflection of her life and career so far, with “Moments” as her first single of 2004.

(Miss)understood was Hamasaki’s seventh seventh studio album, on which “Bold & Delicious” appeared. She experimented with new musical styles, possibly in an attempt to revive falling sales.

Secret was Hamasaki’s eighth studio album. Off that album, “Startin’” was the twenty-sixth single to reach number one. With it, Hamasaki broke the record for most chart-topping singles by a solo female artist.

To celebrate her tenth year anniversary, Hamasaki’s “Mirrorcle World” helped her break another record: she was the only female solo artist to have a number one single every year for ten years. It was a streak that would continue until Hamasaki held the record for having the most Top 10 singles ever in Japan, with over 50 hit releases by 2014.

In 2016, Ayumi Hamasaki released Made in Japan, her seventeenth studio album. She continued her streak as sole lyricist, save for cover tracks, and the album became another entry to reach Oricon’s Top 10. The name of her 2017 tour, Just the Beginning – a countdown to her 20-year anniversary – implies that this songstress has no plans to retire anytime soon.