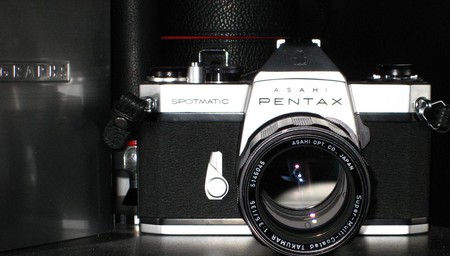 From the nation’s elderly women trying to get incarcerated, to the hikikomori (hermits) scattered across the nation, photographer Shiho Fukada is documenting a whole side of Japan so many of us overlook.

If there was one Japan-centric story in 2018 that would get people talking, it would have to be Shiho Fukada’s fascinating and heartbreaking feature “Japan’s Prisons Are a Haven for Elderly Women” which ran in the Bloomberg Businessweek earlier this year.

The piece profiled a number of elderly female inmates who decided to break the law, typically committing petty crimes in the hopes of being intentionally incarcerated. The photo feature shined a light on the unexpected outcomes of the country’s ageing population crisis and the nation’s inability to properly manage what’s becoming an increasingly dire situation.

Throughout her journalistic career, she’s taken on the often overlooked, but incredibly powerful, stories of the human condition, sharing messages of resilience and pain and showing the broken aspects of the blueprint on which we’ve built our society.

Her stories have been published in the New York Times, Time, Stern, New Yorker, Le Monde, CNN and MSNBC, just to name a handful of sites. We spoke to Fukada to learn more about her process of covering these stories, and how a devastating yet serendipitous turn of events kick started her journey into her fascinating world of journalism.

How did you originally get into the world of journalism?

I was working in the fashion industry in New York when the 9/11 terrorist attack took place. I grabbed an office camera and went down to shoot. It was instinctive – I don’t know why I did it because I was not interested in journalism at all then. That experience was compelling. I knew right away telling a story with pictures was what I wanted to do with my life. Up to that moment in my life, I didn’t know what I wanted to do with my life. I felt like I finally found what I was looking for.

I started taking a photography course after work for a year and eventually quit my job at an apparel company and became an independent photographer.

Was there a particular event or story that made you think “Oh I need to tell people about this!”

I had just moved to Beijing, China in 2008 when the Sichuan Earthquake took place. Many children died, crushed under the rubble of collapsed schools. Corruption was to blame for the shoddy construction of schools. Parents, who lost their only child (because of China’s one-child policy then), were furious, but local government tried to quash their voices and hide the scandal.

I felt like I needed to tell these parents’ stories, so I did a portrait series of parents holding pictures of their children in the school rubble, which was published in the New York Times.

Having grown up in Japan, but later living abroad, what surprised you most about your home country when you returned?

I feel like the population has gotten much older. Many more women become stay-at-home moms after giving birth compared to the US. Stuff I leave in the train is most likely returned, untouched! Once I (stupidly) left a pouch containing my wallet and a long lens on the luggage rack in the train. To my surprise, it returned to me!

Your series, “Japan’s Disposable Workers,” has shone a pretty stark light on the troubles of Japanese society. What inspired you to create this project?

I came across an article about the homeless community in Osaka where people were freezing and starving to death. I was living in Beijing, China and was pretty shocked [at what I was hearing]. At the time, Japan was going through decades of economic stagnation. All I heard about Japan was its economic decline. It was a stark contrast from China, which [concurrently] was enjoying economic boom. It made me really want to find out what was going on in my home country.

Your recent feature “Japan’s Prisons Are a Haven for Elderly Women” for Bloomberg was an incredibly powerful and eye-opening piece. How did you come to this story?

I came across a government white paper on crimes, which talked about the rising crime rate among older demographics, and I was interested in the reason behind the statistics.

What was the atmosphere like when you went and visited these women?

Working in such a controlled, strict, and limited environment was huge challenge. I probably had five minutes to shoot per person on average. I could not show their faces, of course. I thought I could not get strong pictures. I was not confident with what I shot there.

How was the response to this piece?

Overwhelming. The story was widely shared and read. (The most read story in Businessweek in the month of April).

Every project, every subject taught me something. But meeting widows of “overwork to suicide” was really meaningful to me because of the connections I had with these women.

What do you think is the biggest crisis facing Japan today?

What are you working on at the moment?

I’m pursuing a project on ageing in Japan and women’s issues.