An Insider's Guide to How to Spend 48 Hours in Osaka 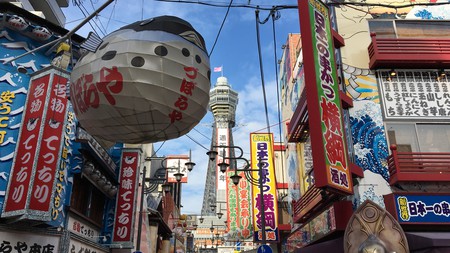 While 48 hours in Osaka could never give travellers the full taste of all this coastal Japanese city has to offer, it’ll almost certainly kickstart an obsession with the city’s famous cuisine and Owarai comedy.

Known as the Nation’s Kitchen due to its longstanding history as the country’s epicentre of rice production and trading, Osaka boasts excellent access to produce. It’s also the birthplace of Japanese comedy, and famous throughout Japan for its fun-loving and direct culture.

“What I love most about Osaka is the people,” says Lauren Shannon, General Manager of Osaka’s Arigato Food Tours. “A local woman once told me ‘Osakans walk into your heart with their shoes on!’ This is a great way to capture the unique in-your-face charm of Osaka.”

From major sights such as Japan’s oldest Shinto shrine and Dotonbori Market to the best places to experience Osakan cuisine, here’s how to spend two days in the capital of Japan’s Kansai region.

Begin your first day in Osaka with a traditional Japanese breakfast at the Yoshinoya near Abeno Harukas Tower. One of the few dining locations in Osaka that opens before 8am, Yoshinoya offers several traditional breakfast options, including gyūdon (shaved beef on rice) and their hearty chōshoku breakfast set (miso soup, nori, pickles and, of course, rice).

After your early breakfast, walk five minutes south to Abeno Harukas. At 300 metres high (nearly 1,000 feet), this is Japan’s tallest skyscraper, and boasts 360-degree views from its observation deck, which stretches across its top three floors. If you develop the munchies while exploring the tower, stop by Sky Garden 300 – located within the observation deck, this café serves food and drinks and even has outdoor seating. If you don’t want to pay the admission fee to visit the observation deck at the top of Abeno Harukas, there is an observatory on the 16th floor with an indoor garden that has free entry. Once you’ve found your bearings and spent a while admiring the twisting streets below, descend and walk to Tennōji Station.

From Tennōji Station, board the Midosuji Line and ride until Shinsaibashi Station, from where you can walk 10 minutes to Maikoya. This award-winning teahouse offers educational tea ceremony and geisha experiences in Osaka, Kyoto and Tokyo year-round.

A Maikoya class takes between 60 and 90 minutes. During this time, attendees are taught how to make wagashi (a variety of traditional Japanese confections made from anko, fruits, and sometimes mochi), perform traditional tea ceremony practices, and are shown the right way to wear a kimono. There are a number of classes to choose from, so be sure to book tickets online in advance. 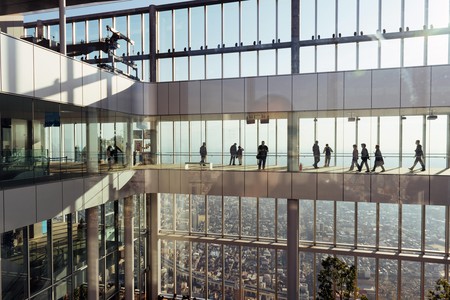 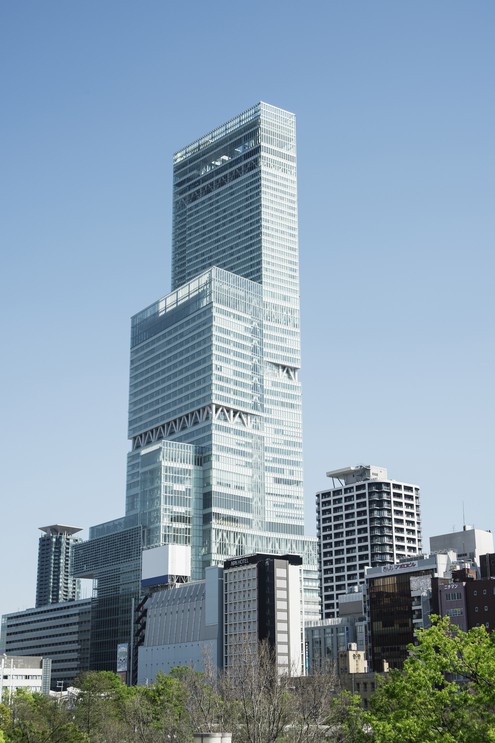 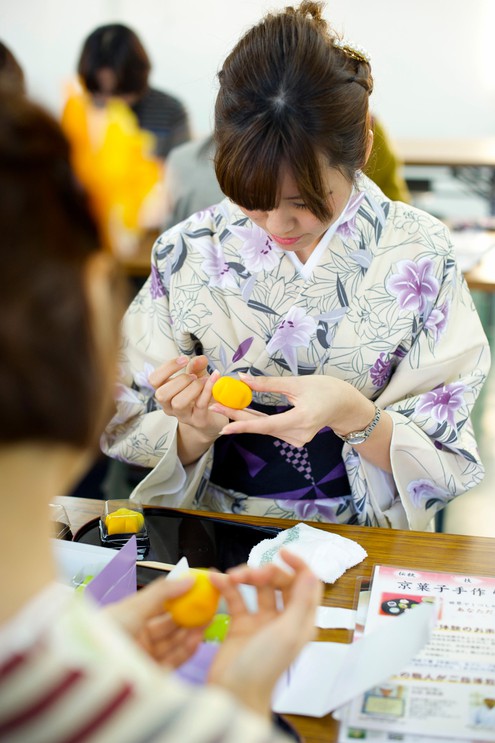 After you’ve filled yourself with rich matcha and traditional Japanese sweets at Maikoya, you’ll be looking for a light lunch to tide you over until dinner. For a unique Japanese experience and delicious food, stop in at a konbini (Japanese convenience store). Konbini stores can be found on almost every street in Osaka and give travellers an interesting peek into Japanese culture. A must-visit konbini is Lawson, which started in Osaka and has grown to become one of Japan’s largest convenience store chains. Unlike convenience stores in the West, the food at Lawson is fresh and high quality. For example, the store’s egg salad sandwich is so good that even the late Anthony Bourdain called it “unnatural, inexplicable deliciousness”.

Learn about Osaka’s Owarai Culture with a comedy show

Osaka is famous throughout Japan for being the birthplace of traditional Japanese Owarai comedy. Owarai comes from the Japanese word for ‘laugh’ and ‘smile’ and is famous for its dramatic storytelling skits, two-person comedy teams, and frequent use of puns. Manzai, one of the most popular types of Owarai comedy, usually features two comics – one plays the smart character, while the other plays a silly or foolish character. The comedy arises from the frequent misunderstandings caused by the pair’s knowledge gap.

Shows are held in Namba Grand Kagetsu Theater year-round and give travellers a candid taste of Osaka’s Owarai Culture. Even if you don’t speak Japanese, attending a show will still give you an intimate and memorable insight into Osakan culture. Shows vary in length (estimate about 40 minutes), but you should give yourself sufficient time to buy tickets and find your seats before enjoying the show. Tickets may be purchased online as well as at the door.

Following a full belly laugh or two, take a short walk (about eight minutes) over to Dotonbori Market, where you’ll find a buzzing nighttime scene. You can shop for accessories and souvenirs here (handbags, koinobori (carp windsocks)), yukata (summer kimono), folding fans – if you can name it, Dotonbori has it), but the real treat is the street food.

Don’t know which food to try? According to Shannon from Arigato Food Tours, “the most famous trio is, of course, okonomiyaki (a savoury as-you-like-it pancake), takoyaki (grilled batter with perfectly cooked pieces of octopus inside) and kushikatsu (skewers of meat and veggies deep fried and served with a wonderful sauce).”

While feasting, take time to enjoy the neighbourhood’s eye-catching billboards (the Glico Runner and Kani Doraku’s iconic crab are two of the most popular signs) and atmosphere of the market by night. For a post-dinner walk, stroll under the lanterns that line Dotonbori river. 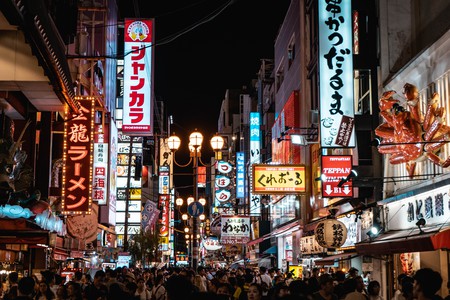 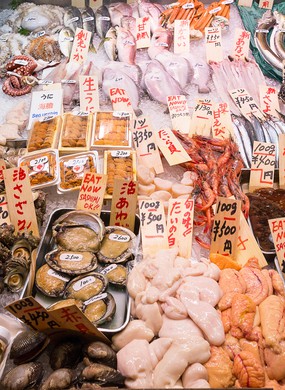 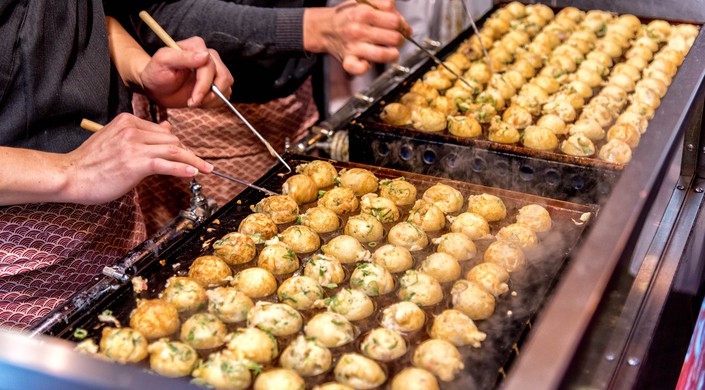 Indulge in the softest pancakes you’ve ever tried

Start your day with a lavish breakfast at Micasadeco & Cafe – one of the top-rated places in Osaka to try fluffy soufflé pancakes. Due to the café’s popularity, there may be a wait, but don’t worry, your patience will be rewarded with a stack of the best pancakes in Japan. For a unique clash of sweet and savoury, try the café’s melt-in-your-mouth ricotta cheese pancakes. Other pancake options include granola toppings, apple compote and coconut custard. Micasadeco opens at 9am every morning but because of its popularity, try to arrive at least 10 minutes early in order to beat the morning rush.

Relax in a Buddhist temple and garden

From Micasadeco & Cafe, hop on the JR Yamatoji Line at JR Namba Station and take the short ride to Tennōji Station, which is walking distance to Shitennoji Temple, one of Japan’s oldest Buddhist temples. When you’re entering Shitennoji Temple, pause to admire the massive Nio Guardian statues that loom over the temple’s gates. Then make your way to the inner courtyard and ascend the narrow, spiralling staircase of the temple’s five-storey pagoda for views of the temple complex from above. The outer grounds of Shitennoji are free to wander but if you wish to see the garden and inner precinct, there is an admission fee. The temple is open daily 8am-4pm and is well worth the short metro journey from central Osaka to visit. 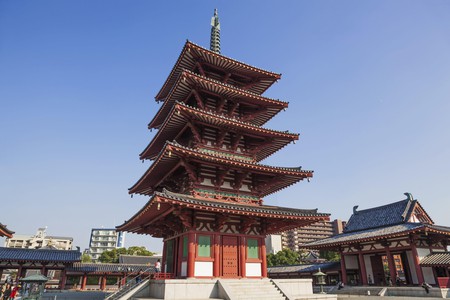 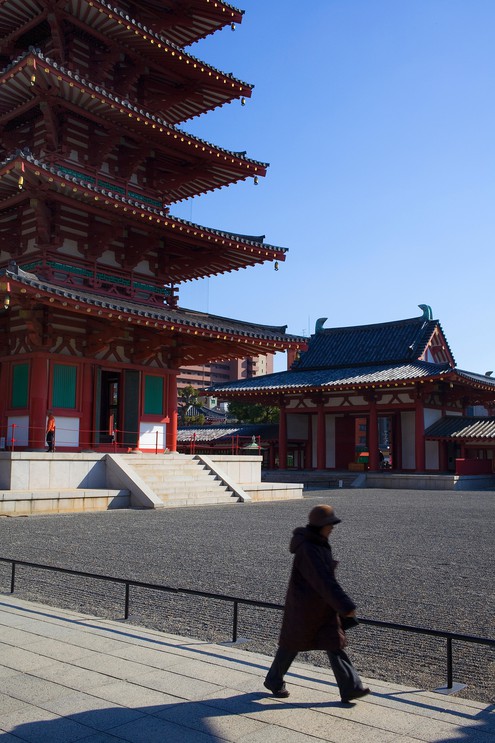 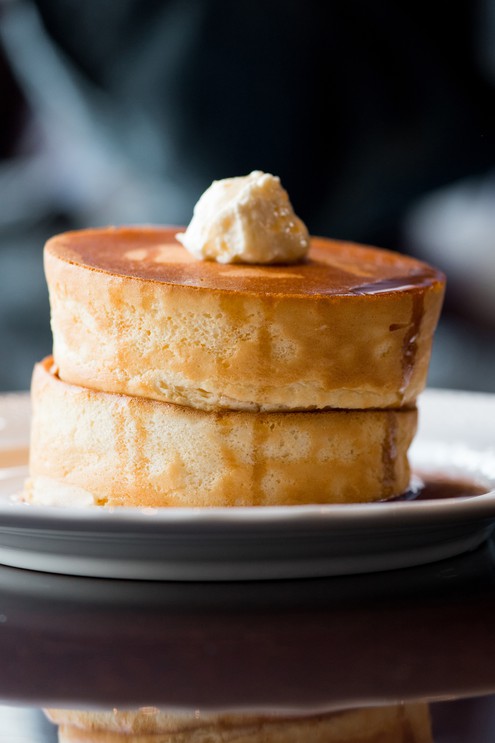 Once you’ve finished surveying the calm Shitennoji Temple, head to the animated Shinsekai Market, an entertainment district that was designed to mimic the atmosphere of cities such as New York and Paris. If you’re a fan of the 1980s, then you’ll love the market’s retro vibe.

Shinsekai Market is the ideal place for wandering, with its many alleys, vintage advertisements, colourful street art, and endless bright lights and sounds. Stroll through the market and make sure that you snap the iconic picture of Tsutenkaku Tower with its famous papier-mâché fish lantern in front. While at Shinsekai Market, stop by Kyushu Ramen Kio Ebisucho for a bowl of thick and savoury ramen.

After lunch, for the best view of Shinsekai Market, buy tickets for Tsutenkaku Tower and spend an hour or so surveying the active scene of people wandering through the market below (the tower is open 9am-9pm).

With its seafront location, Osaka has access to world-class fresh seafood, meaning no visit to Osaka, no matter how short, would be complete without sushi.

Within the Shinsekai Market neighbourhood, you will find one of the best sushi restaurants in town: Kaitenzushi Rokusen Shinsekai. This restaurant has a charming old-fashioned atmosphere, easy-to-use ordering tablets (in English), and comes with the opportunity to watch the chefs make sushi right in front of you. 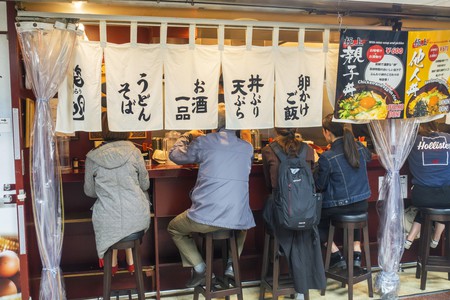 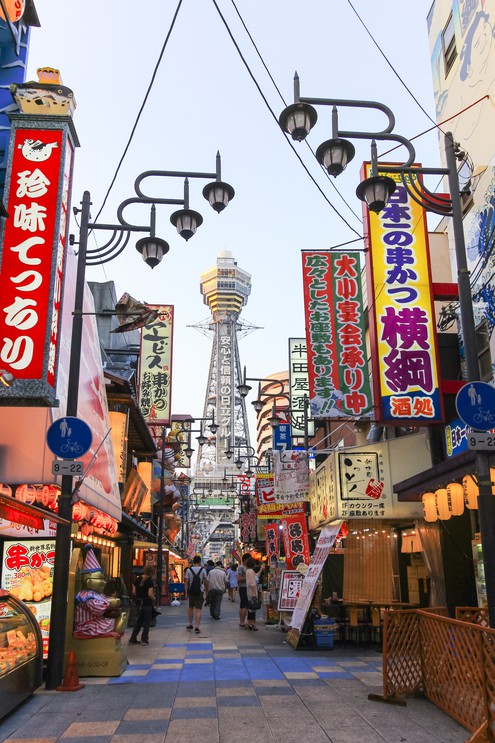 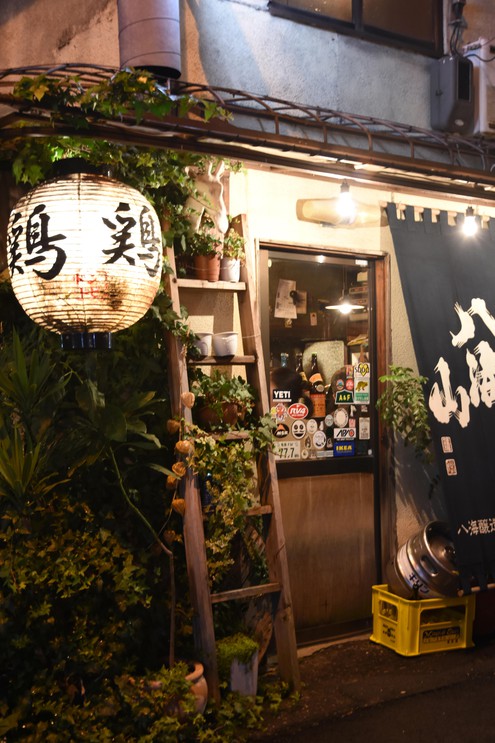 End your final evening in Osaka at an izakaya – a casual Japanese bar serving drinks and snacks. A particularly popular choice for Osaka locals is Shinkawa Nishiya, and while the English spoken here is limited, the bar atmosphere, food and drinks create a truly authentic Osakan experience. End your Osaka adventure on a high note here, drinking sake and ordering a side of grilled fish from the hand-written menu.

This article is an updated version of a story originally created by Brooke Larsen.