A Sommelier’s Guide To Drinking Shochu in Tokyo 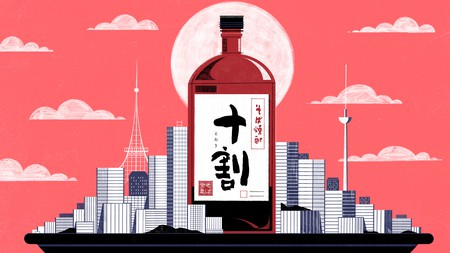 Shochu is available everywhere in Japan, from overlit convenience stores to smokey izakaya dens. It’s a drink more diverse than beer and yet is often overlooked by visitors. To help you understand Japan’s most misunderstood spirit, here’s an expert guide on how to buy and drink shochu in Tokyo. 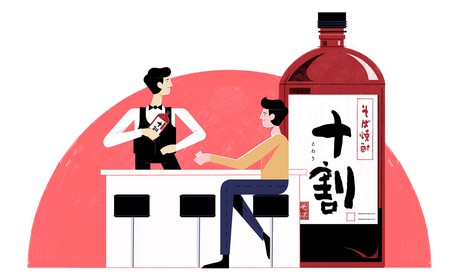 US-born, Tokyo based Christopher Pellegrini is one of Japan’s most passionate shochu experts. After a fated night at his local sake bar, he made it his mission to dispel the myths of shochu.

“I think the bartender was bored that night,” Pellegrini recalls. “He wanted to mess with the foreigner and so he pushed shochu in front of me!” It was love at first sip. “He kept serving me different varieties to find one I wouldn’t like, but it didn’t happen.” Pellegrini was blown away by the range of flavours attributed to this one spirit, so he travelled to the shochu capital, Kyushu, to learn more about it.

“It became it a neverending rabbit hole and it got more exciting the deeper I went,” Pellegrini recalls. “Shochu doesn’t get the respect it deserves, so I started to advocate for it.”

Since then, Pellegrini has collected official certifications in Japan and the US, hosted countless events, published books and co-owns a stylish, standing shochu and awamori bar in Fukuoka called Yokaban NY.

The motivations behind Pellegrini’s work are sincere and his passion is magnetic. He’s a born communicator, and the shochu gods couldn’t ask for a better preacher. When asked why it’s not as famous as sake for example, he argues that “people simply haven’t learned about it yet”. 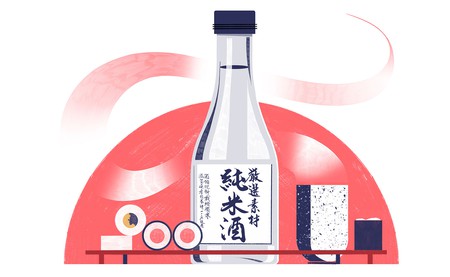 Shochu has never managed to replicate the fame of its more popular counterpart, sake, the success of which was something of a fluke. “Sake’s move overseas wasn’t a conscious decision by alcohol companies,” says Pellegrini. “In the 1970s and 80s, it was more a case of sushi shops wanting a little taste of home. Eventually, sake started to appear in mainstream pop culture – today, shochu has only just begun to break that ground.”

As well as being confused with sake, shochu is also often misidentified as the devilish Korean spirit, soju. “People think they’ve tried shochu, but more often than not they’re talking about soju,” explains Pellegrini. “Soju is not a drink that many people have fond memories of; they often drink too much of it, and pay the price the next day!”

To avoid misunderstanding, Pellegrini has a trick; “I give people a barrel-aged barley shochu drink and ask them to guess what it’s made from. They typically guess it’s a light bourbon. I’ll do the same with rice shochu, and most people guess it’s sake.” It’s a simple technique that showcases the drink’s diversity.

The vital difference between sake and shochu is that shochu is distilled – sake isn’t. “Distillation is a process of evaporating alcohol and condensing it into a more pure form.”

To make shochu, you take sake, increase the temperature of the mash above 78 degrees – the point of evaporation – and collect the alcohol from its mass constituents. The resulting liquid is shochu. In the same way that whiskey is not beer and brandy is not wine, shochu is not the same thing as sake.

How to drink shochu

When quizzed about his recommendations on the best way to drink the spirit, Christopher is pragmatic. “It depends on the brand and on the person,” he says. “I love sweet potato-made shochu – it has the most variety. I drink it with hot water.”

For those who are into spritzers, shochu can also be mixed with soda water; it’s an easy way to dip your toe in. “[For newbies] I tend to do small glasses neat with a little bowl of ice so people can spoon ice into it after they’ve tried it straight. It’s easy, because most shochu is bottled at around 25% alcohol, so it’s not ‘blow your face off’ level strong.”

In terms of more mixable offerings, Pellegrini says: “Rice and barley are best, as they have the most sedate flavour profile which won’t get in the way.” 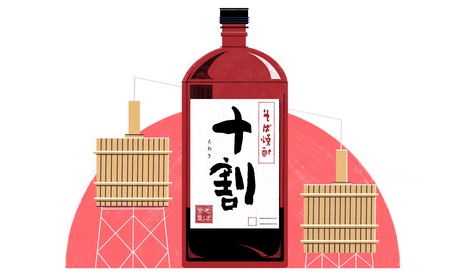 Sharing his incredibly infectious passion for shochu, Pellegrini regularly runs shochu tasting classes in Tokyo, open to everyone over the drinking age of 20. The classes help demystify the uncertainties and myths around sake and shochu, and give drinkers an wealth of knowledge they can take back home, as long as you don’t suffer from booze-induced amnesia.

He runs through the itinerary. “The first hour is all sake tastings as I’m a licensed sake nerd as well,” he laughs. “The second hour, we move into spirits and everyone has a high old time.” The tour starts in Shinjuku and lasts for two hours. But if you can’t make it, here are some of the best places to try shochu yourself.

Buying and drinking shochu in Tokyo

The location of Saishin couldn’t be more central, but still, it’s not easy to find. Positioned on the second level of a nondescript building, a three-minute walk east from Shinjuku station, Saishin is a cosy secretive escape from the manic energy of the world outside. “There are actually two shochu bars in this building, [Saishin] is on the second floor, and the bar on the fifth or the sixth floor specialises in raw horse meat,” says Pellegrini. The first thing you’ll notice entering Saishin is the long shochu bottle-lined counter which occupies almost 50% of the space, requiring guests to sidestep their way along the bar. Saishin specialises in Kyushu-inspired fish and chicken, including raw chicken sashimi, expertly paired with the most diverse selection of shochu the owners could find. Pellegrini avoids giving too many specifics for the second place as he explains, “I’m not sure the venue would appreciate the extra publicity.” But for adventurous types, there’s enough information here to hunt it down yourself.

“The the best bottle shop in Tokyo is actually called Shochu Authority,” says Pellegrini. It’s in Shiodome, one of the city’s more modern and skyscraper-dense neighbourhoods – this outpost is one of six Shochu Authority stores in Japan. Located in the second basement level of the Caretta Department Store, it’s a liquor library with rows upon rows of shelving, displaying 2,300 varieties of the drink. The staff are very knowledgable and have a well-earned reputation for being able to help even the most amateur shochu drinkers.

One of the newer players in the city’s shochu scene is Havespi, a bar that opened in 2016. Pellegrini calls this place “a little dangerous” as it’s basically an all-you-can-drink shochu bar, where you pour all the drinks for yourself, and there’s no time limit. The interior is minimalistic, as the team at Havespi prefer to let their shochu collection do all the talking. There’s also an array of mixers for those who want to experiment with flavours. With no kitchen on-site, guests are encouraged to bring their own food.

Compared to most of Tokyo’s other shochu bars, Himekura is a little out of the way, but it’s a real treat for those who make the effort. “This stellar shochu bar is actually the home of the owner, who lives on the second floor of the building,” says Pellegrini.”It’s a one-guy operation for the most part. He actually blew a hole out in one side of the bar and put a window in because if you turn to your head the right way, you can actually see Tokyo Skytree, the world’s tallest tower.” Beyond the novelty of drinking in someone’s house-turned-bar, it actually has what Pellegrini considers one of the top 10 selections in the world. “Say a label made 500 bottles [of a particular drop], odds are this guy owns 58 of them.”

To include Aogashima Shuzo may be pushing the geographic boundaries of Tokyo. The volcanic island of Aogashima is technically part of the Tokyo city government administration, but is located approximately 360km south of the city centre. This isolated tropical paradise is also home to aochu, its own blend of shochu.”Only about 150 people live on the island,” says Pellegrini, “yet 10 of them are involved in making shochu, and they make about 12-13 different brands.” This ultra-local brewery produces a drop that tastes like Okinawan fermented tofu. “It tastes a bit like chocolate mousse – thick and flavourful. It’s the type of shochu that just screams for olives to accompany it.”

Open In Google Maps
Aogashima, Tokyo, 100-1701, Japan
Give us feedback

Late Night
Give us feedback