A Guide to Japanese Onsen Etiquette 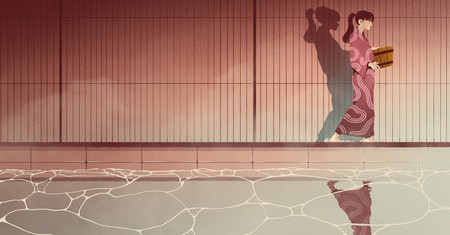 Japan has bathing down to an art. It’s often a social, communal affair, a chance to catch up with friends and family while you get clean. But just as often it’s about health and relaxation, with mineral-rich hot springs promoting their benefits for everything from your heart to your skin. To help you get the most from your experience, here’s a comprehensive list of the dos and don’ts at Japan’s public baths.

First up, a little clarification. An onsen is a natural hot spring, whereas a sento is a public bathhouse that uses artificially heated water. Onsen are often located in upscale resorts and ryokan (traditional Japanese inns), while sento are usually standalone establishments in residential areas. Outdoor onsen are called rotemburo, and are more likely to be coed, but you should expect most public baths to be both indoors and gender-segregated.

Visiting a Japanese bathhouse can feel daunting, but the process is quite straightforward, and most of the etiquette is just common sense. Whether you find yourself in a sento or an onsen, make sure you read this how-to guide before you go to get the most out of your experience.

If you have tattoos, check to see if the onsen allows them

Most public baths turn away patrons with tattoos, in part due to the links between organised crime and tattooing in Japan. This is changing slowly, though, with more and more onsen and sento allowing guests with ink. Some set aside specific hours for tattooed patrons, or allow small tattoos that are covered up with a sticker – you can even buy skin-coloured patches specifically for this purpose, and some hotels give them to guests for free.

Check in advance to avoid being turned away, either at the establishment or on sites such as tattoo-friendly.jp. 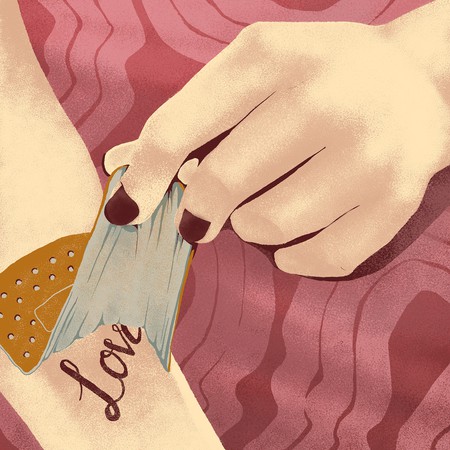 Don’t go to an onsen if you’ve been drinking

Though this rule is partly in place to keep everything a bit more polite, it’s also about safety. It’s easy to become dehydrated when bathing, as it’s so hot, so it’s best to stick to water before and after visiting an onsen or sento. That said, many people enjoy a refreshing post-bath beer, even if it isn’t the healthiest choice, and some bathhouses even sell alcohol.

To prevent dehydration, you should drink plenty of water before and after your soak. Many bathhouses even have a water fountain in the bathing area, and at a natural hot spring you’ll probably be drinking mineral-rich water right from the source. Most will also have either a vending machine or free drinks, such as tea or milk. 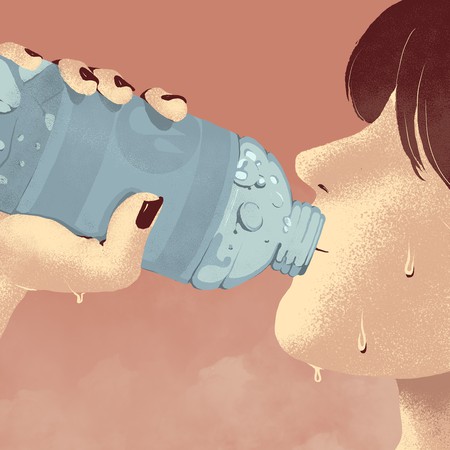 Leave your shoes at the door

At the bathhouse, as at most places in Japan, you’ll be expected to take your shoes off after entering. At larger hotels, ryokan or bathing complexes you might be given slippers to wear around the premises, but be careful not to wear them into the actual bathing area.

There are almost no public baths in Japan where you can wear a swimsuit, and you’d draw much more attention if you tried to. Head to the changing rooms, neatly store your clothes and belongings in the basket or locker, take a deep breath and walk in – everyone else will be naked, too.

Leave your big towel, but bring your small towel

You can preserve your modesty a little by tactically carrying your small towel. Many places provide these for free, but they’re also very cheap to buy. You use this towel at the showers to wash, and to dry off slightly in between dips, but make sure to keep it out of the pools (most people fold their towel and rest it on top of their head). Your big towel should remain in the changing room, though – there’s nowhere dry enough to store it in the steamy bathing area, anyway. 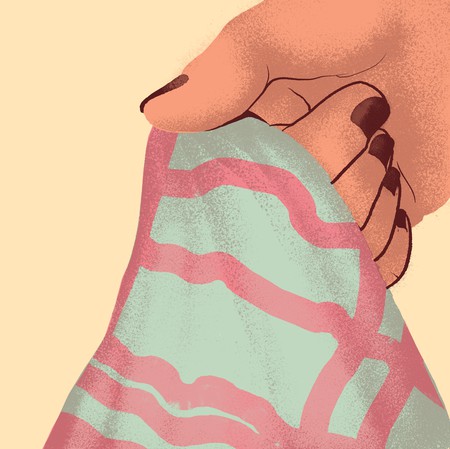 Keep phones and cameras out of the room

This should go without saying, but put phones and cameras away when in the changing room or bathing area. Most people are naked and not keen to show up on your Instagram feed.

Wash and rinse thoroughly before getting into the pools

Once you’re in the bathing area, it’s tempting to head right for the inviting pools of hot water, but as the baths are for relaxing rather than washing, you’ll need to stop at the showers first. Pull up a stool at one of the shower stations and thoroughly wash yourself, taking care to avoid splashing others as much as possible. Most bathhouses provide toiletries, but you’re welcome to bring your own, which you can store safely and neatly near the showers while you soak. Once you’re done, rinse off completely so you don’t bring any suds into the pools with you.

To earn extra politeness points, rinse off your shower before you leave it to make sure it’s clean for the next person. Also, in most bathhouses you shouldn’t shave or otherwise groom yourself as it makes a mess; you’re more likely to see this at neighbourhood sento, though, where patrons may not have a bathroom at home.

The baths at onsen and sento are communal, so it makes sense that contaminating the water is a huge faux pas. You may enjoy a bath bomb at home, or soaking while wearing a face mask, but that won’t make you any friends here. You might also be diluting the water’s health- and beauty-giving properties; some sento have herbs infusing in the pools, like the bathing version of a teabag, and most onsen water is already mineral-rich and may look bright blue, red or milky. For the same reason, don’t add any cold water to the pools – if it’s too hot for you, try a different one. 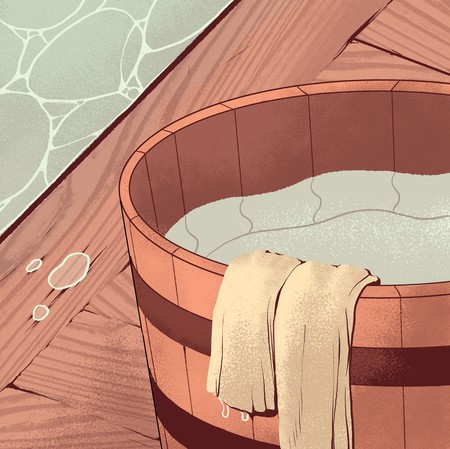 There’s definitely an element of taboo around menstruation in Japan – it’s considered to be defiling in the Shinto religion – but it’s also a practical concern. Everyone shares the water at onsen and sento, so it’s considered very disrespectful to go if you’re on your period, have any open wounds, or might contaminate the water in any other way.

Keep your hair out of the water

This is another rule focused on keeping the water clean. Just tie your hair back after your shower, and don’t dunk your head in the water – easy.

It’s totally fine to chat and laugh with your friends while at an onsen or sento, but keep things at a reasonable volume. The atmosphere should be laid-back and friendly, and you don’t want to spoil that for other guests. Similarly, walk at a leisurely pace – running on the wet ground would be dangerous anyway – and, no matter how big the pool, don’t start doing laps while others are trying to relax. People of all ages are welcomed at most public baths, but if you’re visiting with kids, make sure they know not to run around too much.

Obviously, when you’re in a room with a lot of naked strangers, it’s best not to get too close to anyone. Don’t stare at people, and don’t sit right next to someone in a pool if there’s plenty of space. Everyone else will extend the same courtesy to you.

That’s not to say that you can’t exchange polite greetings or even strike up a conversation if it feels natural, though. Especially in rural areas, people may be curious about whether you’ve visited an onsen before, and whether you’re enjoying it.

Though you don’t need to wash properly more than once, it’s polite to rinse off in between your dips in the hot baths (and definitely after using the sauna or steam room). It can also be very refreshing to have a quick blast of cooler water before you sink back into the hot spring pools.

Though some places are quite pared-back, most public baths will have at least three or four pools, and some have many more. There are a few types to be cautious about, though. Firstly, very hot baths, which may be over 40°C (104°F) and are best built up to. Secondly, very cold baths, which can be quite a shock if you’re not prepared. Thirdly, and even more shockingly, denki-buro (electric baths), which have a low-level current running through the water. You should avoid these entirely if you have a pacemaker or a heart condition; look for the clear bath with a metal plate under the water on either side. 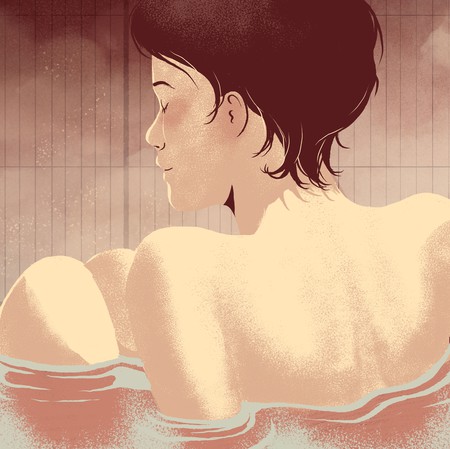 Taking the waters at an onsen is supposed to be good for your health, so don’t rinse off after leaving the final pool or you’ll just be washing away all the good stuff. In the strongest baths, you may spot mineral buildup around taps and water spouts; this isn’t dirt, but is left on purpose to show bathers just how rich the water is.

Dry off roughly before entering the changing rooms

Once you’re finished, collect any toiletries you used at the showers, and dry off as much as you can before re-entering the changing area. This can be tricky, with only the small towel to hand, but you just need to dry off a little so you don’t make the changing room floors slippery.

If all of this sounds daunting, don’t worry – you can try out a private bath first. Many onsen and most ryokan have these, which you can hire out for a fee. Here a mixed-gender group can bathe together, laughing and chatting as loudly as they like, and tattoos aren’t a problem. Just be sure to keep the water clean and leave the space as you found it, ready for the next guests. 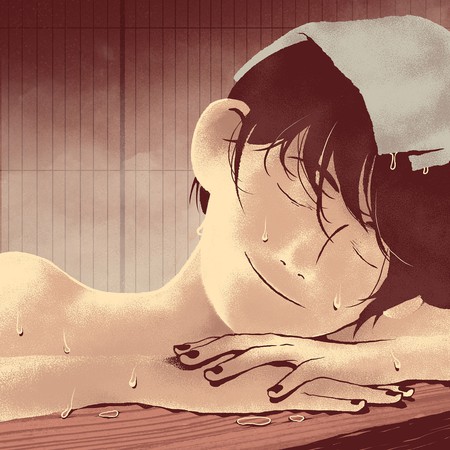 Depending on how fancy the onsen is, there may be a range of toiletries in the changing area – help yourself if so. Once you’re dried and dressed, try to relax for at least half an hour. Many onsen and ryokan have a relaxation space near the baths, where guests can meet up again with friends and family of different genders and lounge about with refreshing drinks and snacks, perhaps in a comfortable yukata (cotton kimono).

This article is an updated version of a story created by Brooke Larsen.