An Arts and Culture Walking Tour of Shinjuku, Tokyo 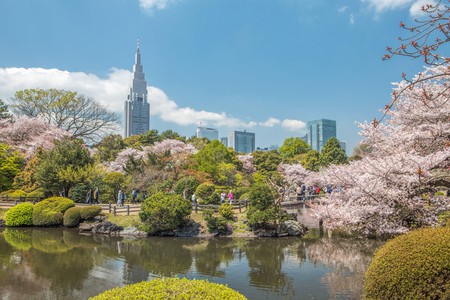 Shinjuku is high on lots of people’s Tokyo itineraries. After navigating their way out of the biggest train station in the world, many visitors spend time spotting the giant Godzilla statue, shopping at Don Quixote and exploring Kabukicho. Few tourists, however, know of the wealth of art and culture that’s on offer here.

Underneath the twinkling LED screens and skyscrapers, Shinjuku’s creative minds have let their imaginations fly. Take this manageable walking tour (with a little help from the subway) to see another side of the Tokyo neighbourhood.

Delve into the literary world of Natsume Soseki

Start your day of culture by taking a 10-minute walk from Waseda station to the Natsume Soseki Memorial Museum. Soseki is one of Japan’s most prolific writers and a Shinjuku boy through and through, born, living and dying in this neighbourhood. He is the author of classic works such as I Am a Cat (1905)and Kokoro (1914). Towards the end of his life, many of his followers gathered to his home every day to show their admiration and support. His house became a museum in 2017 and features his preserved study and guest room, as well original manuscripts and letters.

Next, take a two-minute walk to the Yayoi Kusama Museum, dedicated to one of Japan’s most famous avant-garde artists. The museum is a colourful collection of her most famous spotty works, such as her Infinity Net paintings and Pumpkin sculptures, which are said to have inspired artists Andy Warhol and Claes Oldenburg. You can also listen to lectures and attend calendar events. Tickets must be booked in advance.

It is then time to head to the beast that is Shinjuku station, by travelling for 18 minutes on the Toei line from Ushigome-Yanagichō station, which is only a few minutes’ walk away from the museum. 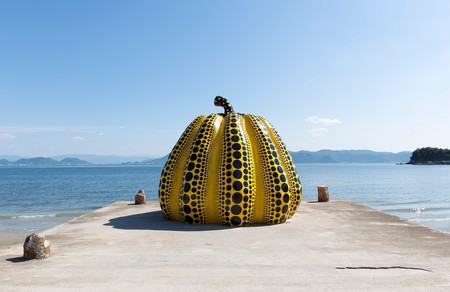 Before visiting one of the most beautiful parks in Tokyo, pick up an English map at Ushigome-Yanagichō station. Then fuel up with some ramen at Ichiran or Matsuya, or grab a convenience store bento box to enjoy outside.

After a bite to eat, it’s time to set aside a few hours to explore nature. Highlights of Shinjuku Gyoen include the picturesque English landscape garden and the Japanese traditional garden, home to a beautiful teahouse. The park is breathtaking during the cherry blossom season and in autumn. 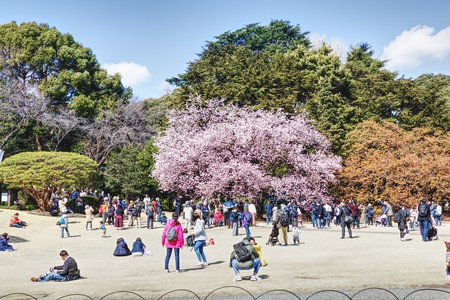 Shinjuku Gyoen is breathtaking during the cherry blossom season

Wipe the leaves from your boots, then head back to Ushigome-Yanagichō station. Book lovers will appreciate the massive Kinokuniya store nearby. A huge portion of the shop is dedicated to books about Japan and carefully translated Japanese literature. 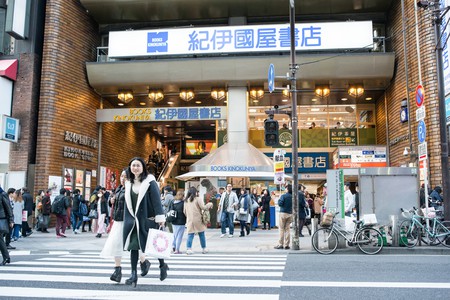 Pay your respects, then your bartender

From the station, take a 10-minute walk to Hanazono Shrine, an oasis of peace in chaotic Shinjuku. This striking shrine is dedicated to several gods, one of them being the god of public entertainment and media. It often hosts performances by the local theatre company Karakumi and is said to be frequented by Japanese celebrities. If you’re thirsty, grab a drink at the nearby Golden Gai, a street of local dive bars just a minute away. 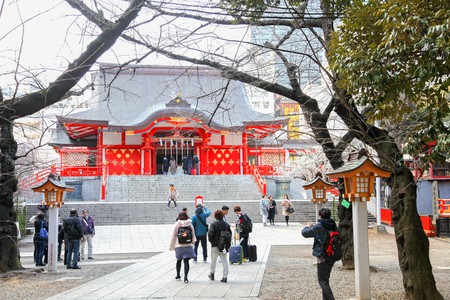 A four-minute walk will take you to the Samurai Museum, an interactive experience where you can see full suits of samurai armour, original artworks and various helmets and swords worn by Japan’s ancient warriors. Live sword demonstrations are hosted in the on-site theatre, and eager beavers can try on some of the armour for themselves. 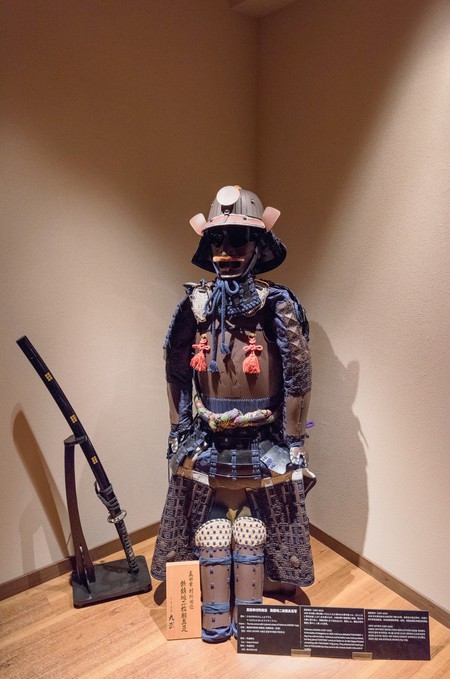 Try on some armour at the Samurai Museum

From Japan to Korea

From here, it’s a short walk to Shin-Okubo, home to some of the best Korean food outside the Land of the Morning Calm. All the classics are available here, such as barbecue, kimchi jjigae (kimchi stew with rice), hotteok (sweet pancakes) and tteokbokki (rice cakes in spicy sauce). There’s also a wealth of stores dedicated to K-pop, K-beauty and K-fashion. For an extra dose of Korea, head inside the museum, where you can learn about Japan and Korea’s turbulent history, gaze upon ornamental musical instruments and even try on a hanbok (traditional Korean dress). 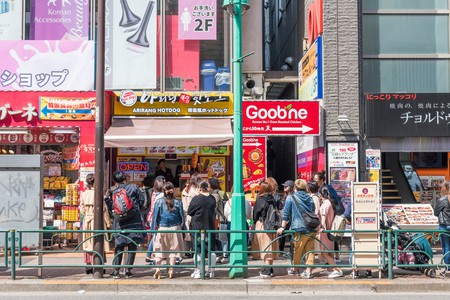 An 11-minute walk from the Korea Museum (and still within the Shin-Okubo area) is the Museum of Haiku Literature, or Hyakunicho. This may be one of the best places in the world to educate yourself on this ancient Japanese poetic art form. It is one of the only libraries dedicated to Haiku literature, with over 45,000 collections of poetry by some of the greatest composers in history. The museum is right by Shin-Okubo and Okubo stations, allowing you to head off into the night after your visit.