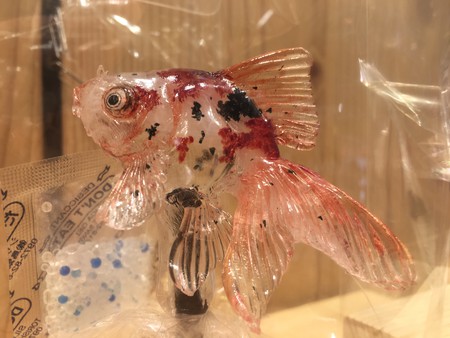 Amezaiku was imported from China during Japan’s Heian Period, 794-1185. Food was a common offering for the spirits at temples, so amezaiku found a practical role in this area. It became a beautiful, edible gift for the gods. Soon, the popularity of the sugar sculpture spread to other uses. By the Edo Period (1603-1868), amezaiku was a form of edible entertainment, and street performers would often sell it on the streets at festivals, sculpting the candy right before the customer’s eyes. The art of amezaiku has since declined. Today, there are less than 50 amezaiku artisans, or ame shokunin, in the whole of Japan. 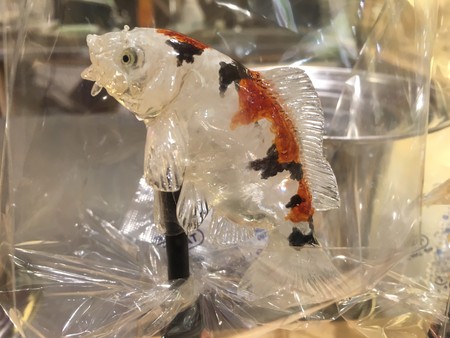 Amezaiku is a delicate and difficult craft. Each piece must be mounted on a stick and sculpted while it’s still hot and malleable. The artisan must take care not to scald themselves with the sticky substance. Usually, a one-bladed scissor is used to create the desired shape, but other tools can be used as well. The sculpting process itself is very quick, since it must be completed before the sugary mass cools. Finally, the artists bring their sculpture to life with edible paints and dyes. This is where the sculpture truly comes alive. 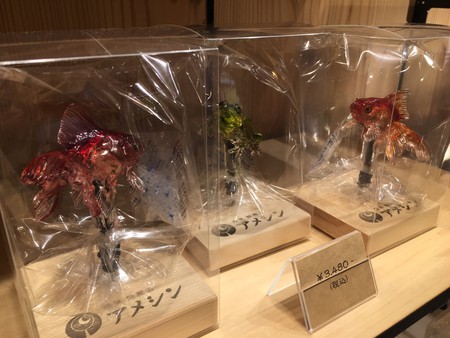 The main ingredient in amezaiku is mizuame. Mizuame is a sweetener invented in Japan, and has multiple traditional uses. It gives wagashi, or Japanese sweets, their signature sheen, and is used to flavor and sweeten all kinds of desserts. Mizuame is made by converting the starch in rice to sugar by adding malt, creating a finished product that is not unlike the West’s corn syrup. It can also be made using potatoes, but this creates a less flavorful version than the original, rice-based type known as mugi mizuame. 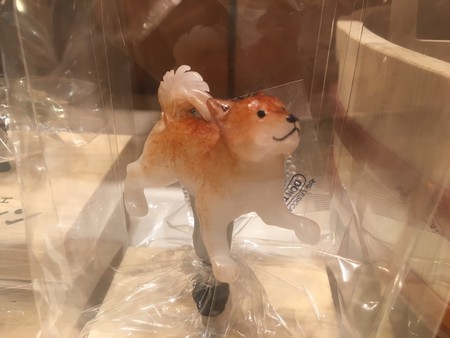 Amezaiku can be made into almost anything, from dogs and pandas to horses and goldfish. The ones that are the most stunning are those ‘life-sized’ versions, like fish, dragonflies and other small animals. Because of their small size, the amezaiku is most lifelike when it takes on these shapes. But whatever one you choose, be prepared to have a hard time eating it – not because it isn’t delicious, but because it truly is too beautiful to eat. 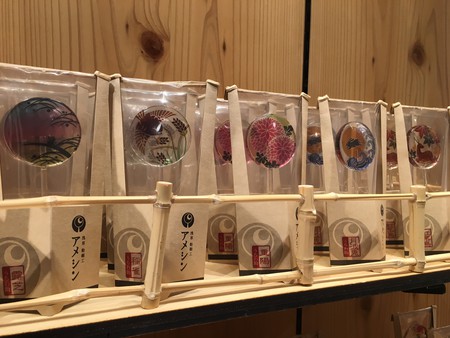 Simpler amezaiku with edible dyes | © Alicia Joy
Give us feedback