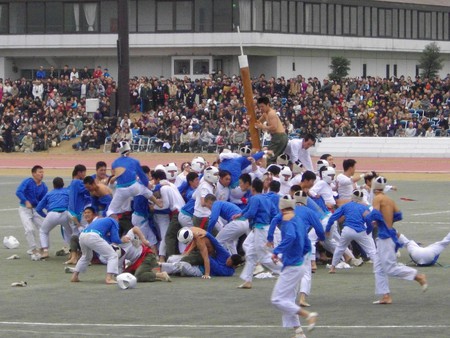 As the 2020 Tokyo Olympics appear on the horizon, behold a sport that undoubtedly won’t appear on the program, but definitely will capture the imagination of those who seek something a little bit different – and a little bit chaotic.

Have a look at the video clip below. What are the first words that come to mind?

If they fall somewhere within the region of ‘speed’, ‘chaos’ and ‘aggression’, you’d be hard-pressed to find someone that disagrees. Bo-taoshi (棒倒し), literally translated as ‘pole bring-down’, is essentially a Japanese version of Capture the Flag, except for a few slight fundamental differences…

The result is a true spectacle of a sport; a car crash that demands the crowd’s attention despite the wreckage. It is a hotly contested, traditional game that taps into the same morbid curiosity that keeps sports fans coming back to the more popular combat sports, such as American football, mixed martial arts and boxing. 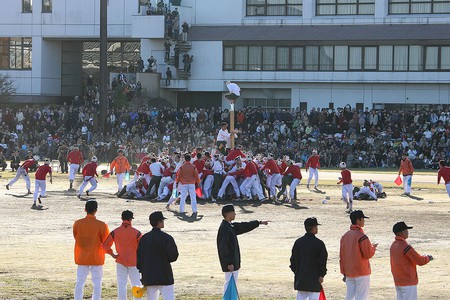 Bo-taoshi’s history and tradition is shrouded in mystery, with many aspects of its origin serving as a topic for debates almost as fierce as the sport itself. It is thought that the sport was first played in 1945 by the Japanese militia, as a way of preparing them for battle in a tumultuous period for the country. This would explain why the National Defense Academy of Japan’s new cadets play bouts of Bo-taoshi as part of the institution’s famous annual induction ceremony. Unbelievably, kids and teenagers also play the sport on special occasions, such as sports days and cultural holidays. 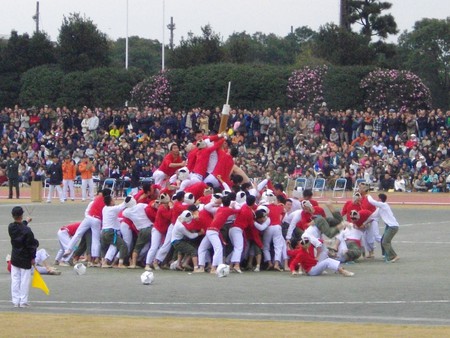 From what is known of the sport, a single contest involves two teams of 150 players. Yes, that wasn’t a typo – 150 players. Each team is split into half to make up the offensive and defensive units. As the footage suggests, both defences are distinguishable by their white garments, whereas the offensive units tend to wear bright colours, to prevent as much confusion as possible. After a series of rituals involving choreographed jumping and boisterous chants, the defensive group position themselves around (and on) the pole, before raising their hands to signal they are ready for the onslaught. At the sound of gunfire, the opposing offensive team begins their assault, quite literally throwing themselves at the other team. 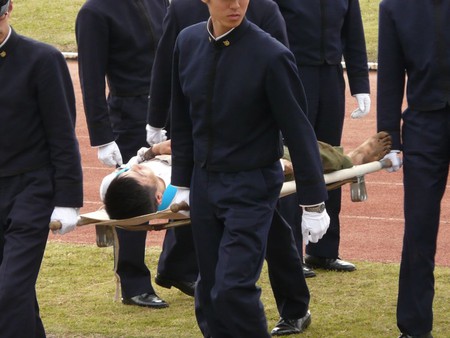 Method in the madness

Despite the scrum of noise and flailing limbs, there is actually a strategy to the sport, with various participants adopting specialist positions to aid their team’s quest using brutal efficiency.

On the defensive side, there are five key positions:

The offensive side consists of three particular roles: 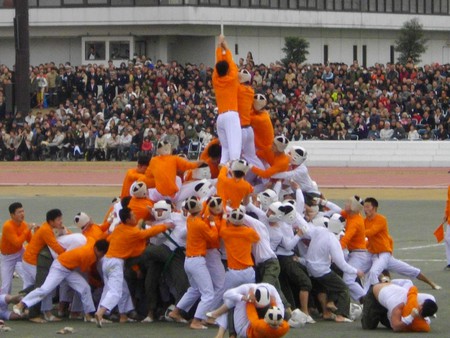 As you can probably tell, there won’t be room for Bo-taoshi at Tokyo 2020, but at least there will be ample opportunities for sporty travellers looking to get the most out of their Olympic experience, in a few years time.