Kyoto is a very compact city making it a great place to explore on foot. It offers a fantastic mix of architectural experiences from modern museums and art galleries to the traditional Japanese architecture of temples, shrines and castles. Join us as we take a walking tour of some of Kyoto’s most famous landmarks.

Kyoto Botanical Garden was founded in 1917 and opened to the public in 1924, making it the oldest and most comprehensive public botanical garden in all of Japan. The conservatory which opened in 1992 is built of glass with iron frames, and is one of the largest and most impressive in Japan. It contains a set of rooms modeled on the famous Kinkaku-ji Temple in Kyoto and hosts various environments, ranging from tropical, lowland to highland, and plants from temperate alpine environments.

Nearby Food/Drinks Spot: IN THE GREEN (an Italian-style pizzeria and cafe). Royal Host Kitayama (a Japanese-style family restaurant). 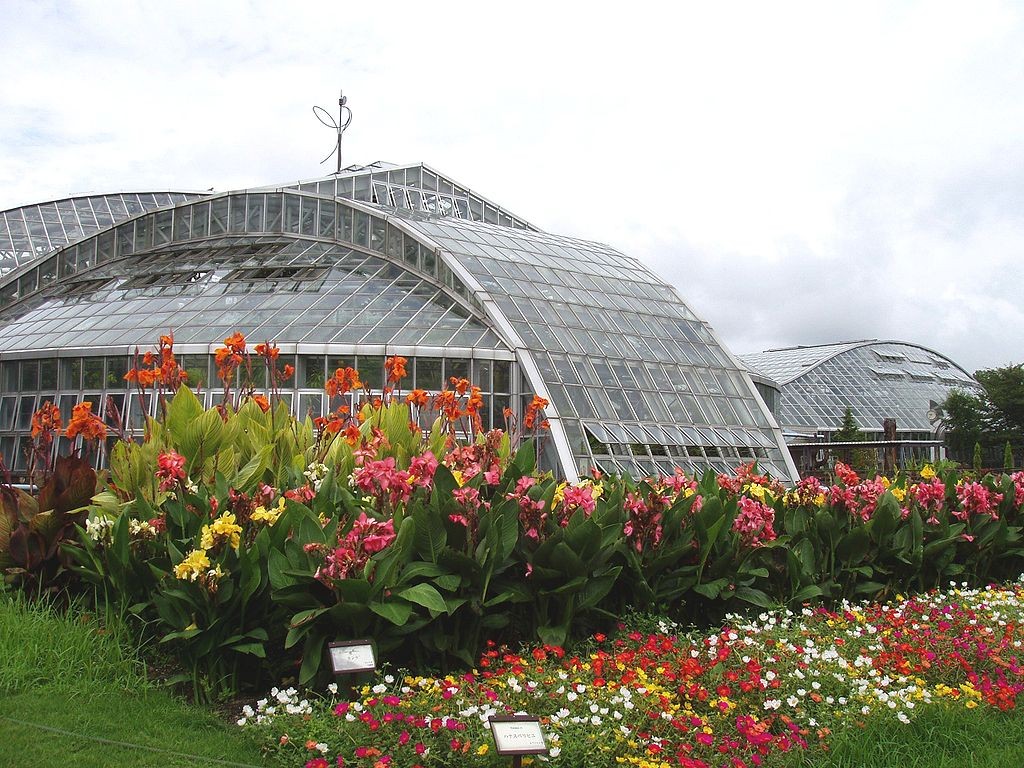 A short 600 meters (or 7 minute walk) away is Kyoto Concert Hall, which opened in 1995 as part of the 1,200th anniversary of the founding of Kyoto (Heian-kyo) as the capital of Japan. The main hall was designed by Arata Isozaki, who also designed the Barcelona Olympic Pavilion and is home to the Kyoto Symphony Orchestra. The modern building has a unique design and is surrounded by granite bridges and stone sculptures to create a modern version of a traditional Japanese garden. The foyer has interiors made of Florentine limestone. 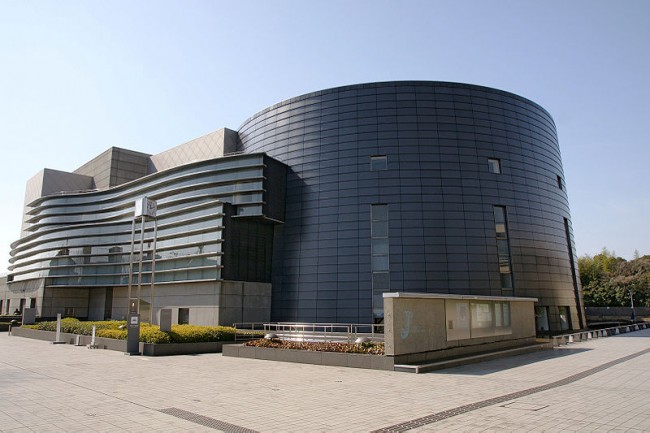 A 30 minute walk from Kyoto Concert Hall is Shimogamo Shrine, a 2,000 year old Shinto Shrine located in a serene forest at the junction of the Takano and Kamo Rivers. Founded in the 6th century, it is one of the oldest and most beautiful shrines in Japan. The main shrine buildings at the UNESCO World Heritage Site typify the architectural style of the Heian Period (794-1192), and are prime examples of the nagare-zukuri style and is distinguished by its long gabled roof that covers a porch on one side of the building. 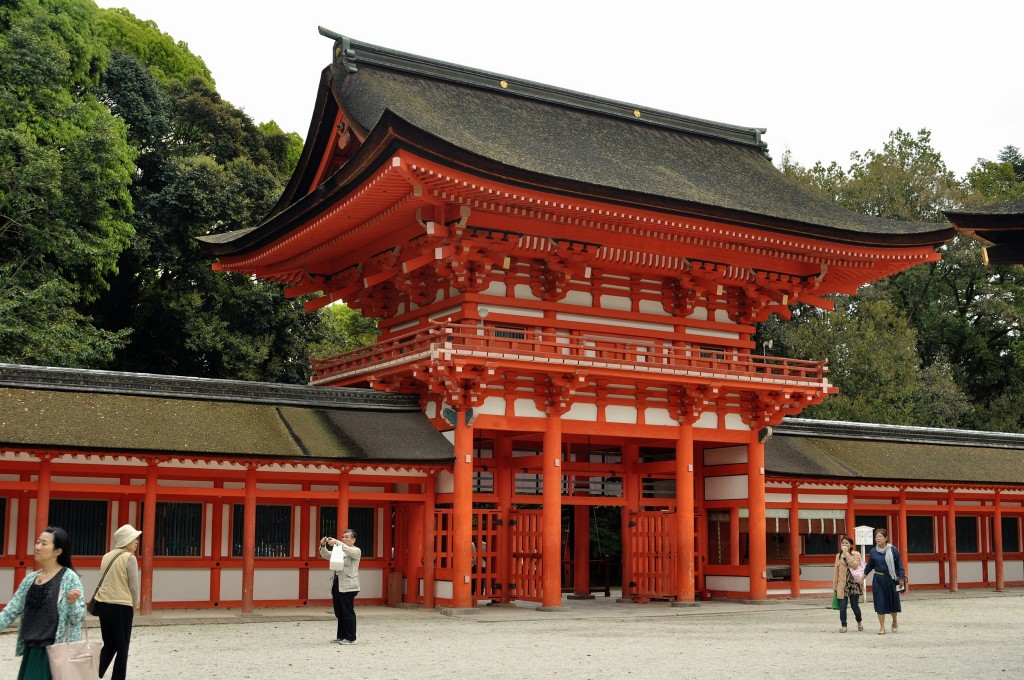 After another 30 minute walk you will reach The Kyoto Imperial Palace, which features several beautiful buildings built in the classical Japanese style. The former residence of the Royal Family and Emperor of Japan, it was originally built in 794 with the present palace constructed in 1855. The design of the Kyoto Imperial Palace is said to resemble the palaces of the Heian Period (794-1192). It is still an important building and is used for official state ceremonies and enthronements. 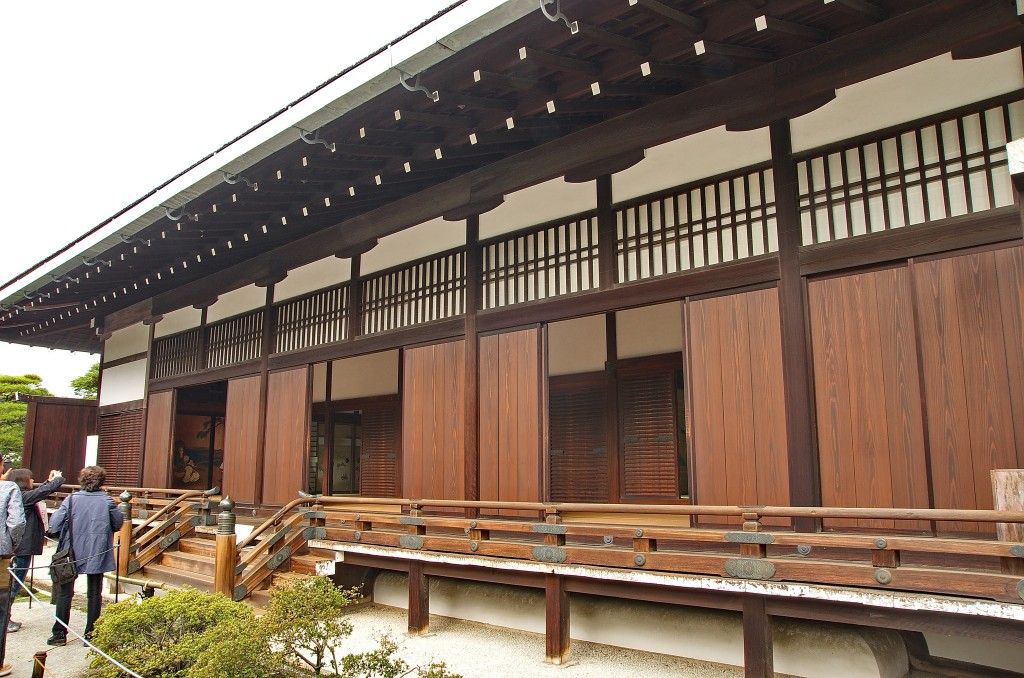 Another 30 minute walk will take you to the historic Nijo Castle. It was built in 1603 by Tokugawa Ieyasu as the official Kyoto residence of the Tokugawa Shogunate, who ruled Japan during the Edo Period (1603-1868). The UNESCO World Heritage Site is an excellent example of 17th century Momoyama Period architecture built in the shoin-zukuri style of samurai architecture. The castle was constructed to showcase the shogun’s immense wealth and power and to install fear into his enemies. 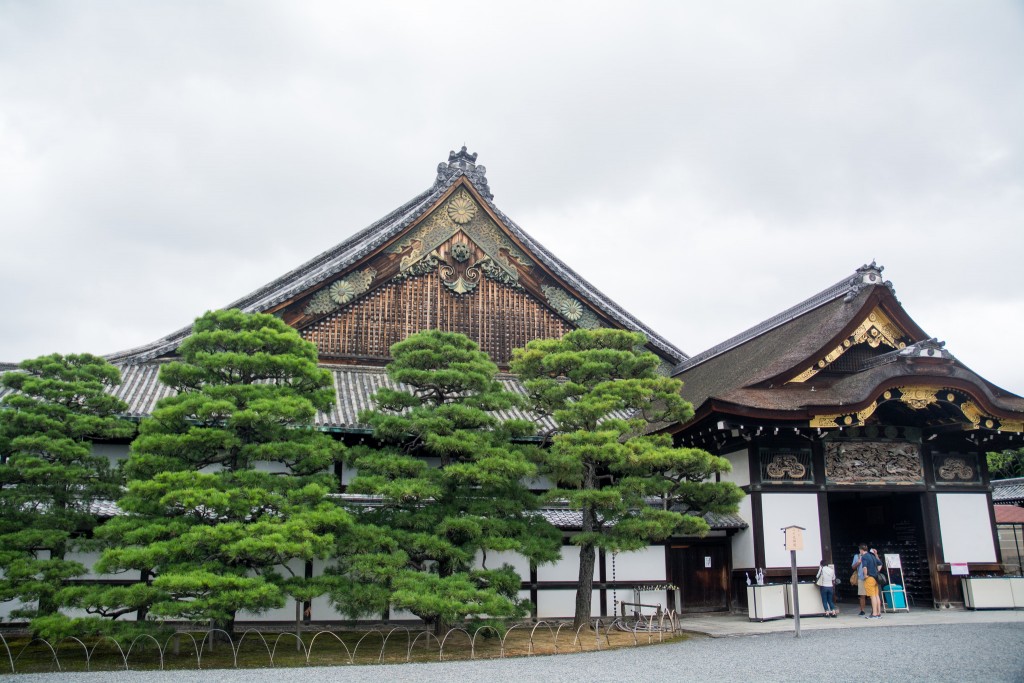 A 40 minute walk will bring you to Heian Jingu Shrine, a relatively modern shrine in ancient Kyoto, having been built in 1895 to commemorate the 1100th anniversary of the founding of Kyoto as the capital of Japan. The shrine is a replica of the former Heian Palace from ancient Kyoto, built at 5/8 scale of the original. It is an architectural masterpiece that highlights Heian Period (794-1192) architecture and the nagare-zukuri design that was popular during the Golden Age of Kyoto. 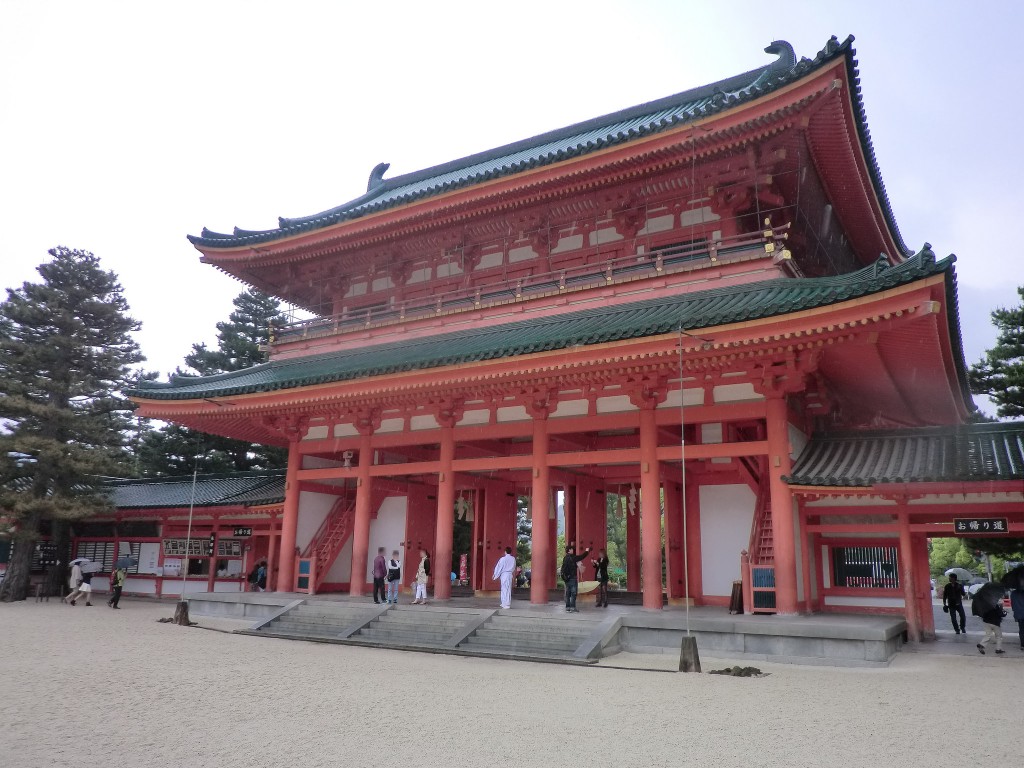 Located a five minute walk from Heian Jingu Shrine is the Kyoto Municipal Museum of Art. One of the oldest art museums in Japan, it opened in 1933 to commemorate the coronation of the Showa Emperor in 1928. The beautiful European style brick building is home to an extensive collection of contemporary art which includes paintings, sculptures, graphic art, photographs and prints. All the works on display are related to Japan and the city of Kyoto, making it a must see museum in Kyoto for any modern Japanese art fan.

Nearby Food/Drinks Spot: Slow Jet Coffee in the Zoo (an interesting Japanese café with a great range of crepes). Mameda (a Japanese style restaurant). 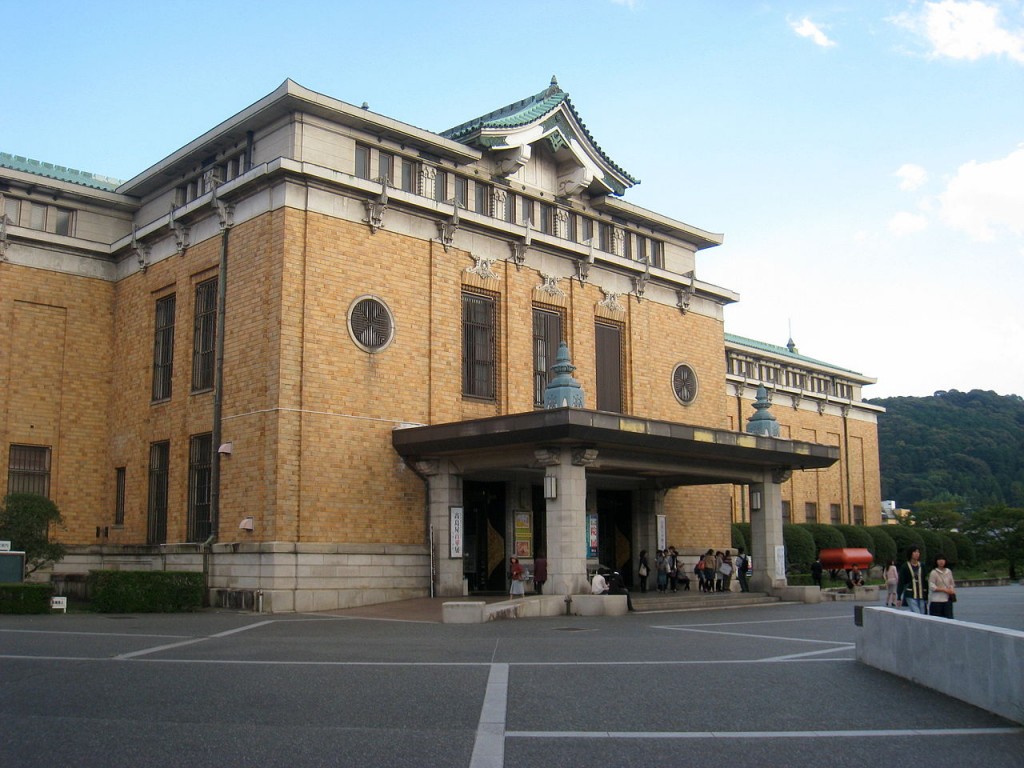 A three minute walk from the Kyoto Municipal Museum of Art is the National Museum of Modern Art, popularly known by the acronym, MOMAK. Established in 1963 as an annex of Tokyo’s National Museum of Modern Art it was granted independence in 1967. The present building was designed by award winning Japanese architect, Fumihiko Maki. The unique architectural style of the building has made it a popular tourist attraction in Kyoto. The museum is dedicated to the promotion and preservation of 20th century Japanese art, with a special emphasis placed on artists or artistic movements in Kyoto and the Kansai Area (Kyoto, Nara, Osaka). 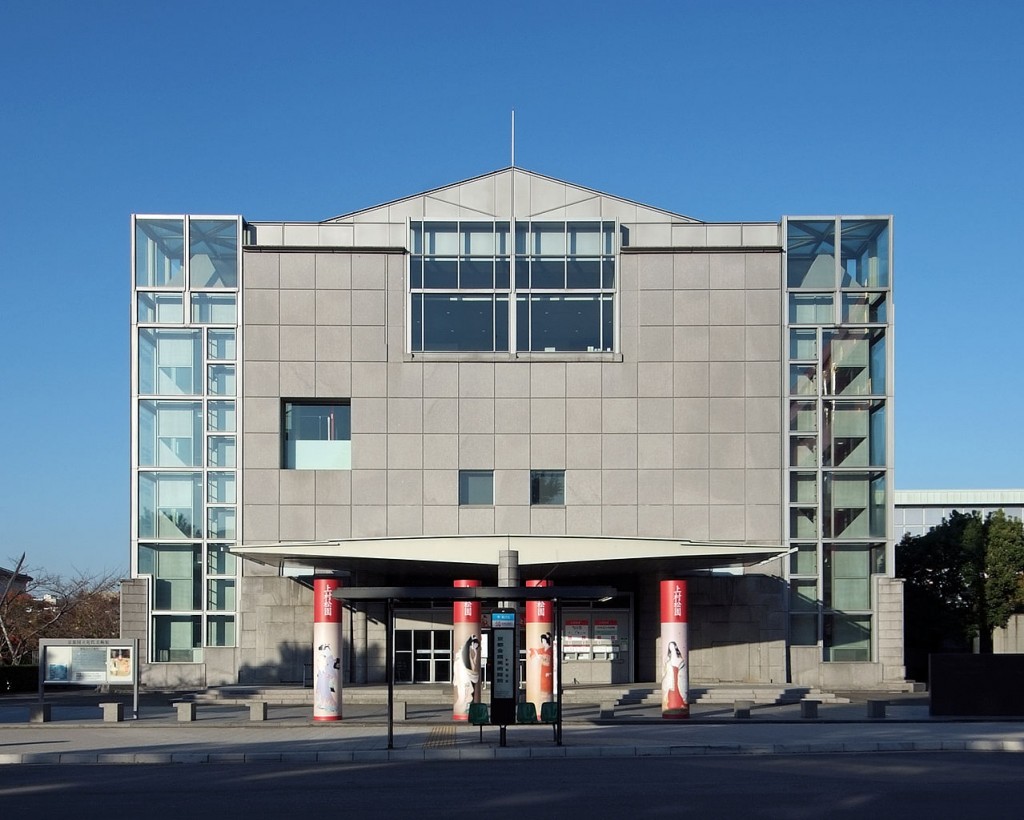