Japanese Rock Musicians You Should Know

We check out some of the most influential Japanese rock bands setting the world alight with innovative beats and new musical styles. Through their music, these artists are attempting to alter the global perception of Japan, moving the public association away from raw culinary treats and towards greater cultural endeavors and spirited rock music. 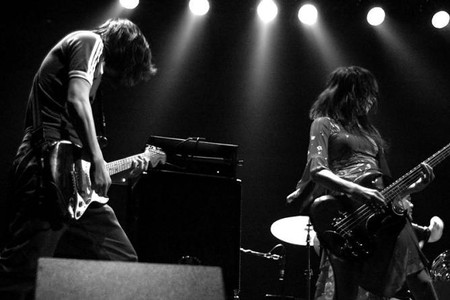 RC Succession are undisputedly one of the most influential Japanese rock bands, with a career that spanned nearly 4 decades. They leapt to success after they signed a contract with Toshiba and released their debut single in 1970. Thanks to the comings and goings of members and frequent changes to their music, progressing from a catchy fusion of R&B, Punk, Glam and Folk with rock elements, they have remained fresh and up to date. The purport an anti-war, anti-nuclear message in some of their songs – ‘Asunaki Sekai’ (World without Tomorrow) from the album ‘Covers’ is one such example.

This enormously successful group were influential in the forming of the visual kei genre. Despite the fact that their musical identity has remained mostly unchanged, this has never been a drawback to their quality as they never cease to produce good music. be it fast paced metal songs or tear-jerking ballads. The majority of X Japan’s music was composed by Yoshiki, who divides his performing time between the drums and the piano, adding a symphonic bleach to their style. The band decided to disband in 1997 and members went on to pursue individual careers. A year later, their paths would cross again at Hide’s (the band’s lead guitarist) funeral, but it would take 10 additional years for their reunion to become official, with the release of a new song I.V, which was used as a theme for Saw IV. In 2009, Luna Sea’s Sugizo joined X Japan as the lead guitarist, adding to their symphonic sound with his violin performances.

The first thing you should know about this duo, whose music treads the line between hard rock, pop and blues, is that they are the prevailing band in Japan when it comes to sales. The second is that B’z are the first Asian band to have their handprints in RockWalk in Hollywood. Their modest and enjoyable music appeals to many, making them hugely popular throughout the country and internationally.

Spitz bring the romantic poet out in anyone willing to surrender to their sound. Even though the softness and easy going pace of their music has confused people hoping to pin them down to one genre, Spitz have always considered themselves a rock band. Masamune Kusano’s distinct voice sails the winding stream of the melody unperturbed, one of the various reasons for their uniqueness.

L’arc en ciel owe their success, in part, to the songs used in popular anime series, such as Rurouni Kenshin, Fulmetal Alchemist, GTO, and Gundam 00. The captivating deep voice of their lead singer, Hyde, has secured a place for them in the hearts of their international audience and inspired a tribute album with covers from various artists around the world. People who are interested in L’ Arc en Ciel might want to check P’unk en Ciel – their alter ego – in which the members change roles.

The superb melodies of Boowy are catchy without being monotonous – they have the right tempo and are performed with charismatic excellence on stage. Apart from that, one must acknowledge that Boowy were responsible for popularizing male bands in Japan during the 90s and managed to have a huge impact on Japanese Rock, inspiring many upcoming artists. They continued to give concerts even after their breakup, at the same time, some of them were building their successful solo careers.

Another one of the bands associated with the creation of Visual kei is Luna Sea. They always had an excellent relationship with X Japan, since it was Hide that discovered them in 1991 and they signed their first contract with Yoshiki’s independent record label. In 2000, the band disbanded, but decided to get back together in 2007. Luna Sea is nowadays considered to be an inspiration to many younger artists, like Miyavi, Alice Nine, The Gazette and many more. Since their indie debut, they have come to embrace many different elements in their music, so that the listener can enjoy a rich variety of progressive punk and hard rock compositions.

The most longstanding group in the Japanese rock scene are Buck Tick. During their 20 year career, they have been influential and provocative chameleons, fervently pursuing new musical experiences through experimenting with different genres, ranging from punk rock, hard rock, electronica and pop to gothic rock, reinventing their image multiple times in a Bowiean fashion. When asked during an interview in J Melo, Hisashi Imai, the bands leader, claimed that it is love and patience that has kept them together, even though each of them has worked in other projects individually.