A Sake Brewer’s Guide to Drinking in Otaru 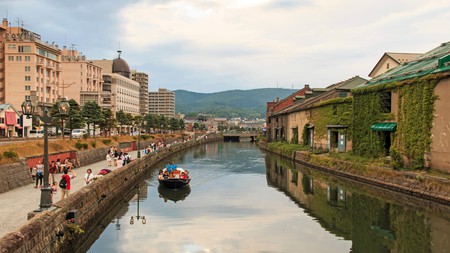 Tanaka Sake Brewing has been plying its trade in Otaru for over 120 years. We asked Otaru-born local and sake expert Eizo Okada for his favourite places to drink the local liquor – and a few other alcoholic beverages too.

A brief history of Otaru

In the early 1900s, Otaru was home to a thriving fishing industry. Bankers, sailors and fishermen came to the city in droves, hoping to profit off the city’s ready supply of herring.

In just 50 years, the city’s population ballooned from just under 4,000 to over 100,000 in 1922. And a crop of new breweries opened up, seizing the chance to serve Otaru’s new residents their unique spin on sake.

But these golden years couldn’t last forever, and once the herring stocks declined, so did the population – and eventually sake breweries followed suit. One by one, the city’s 40 breweries folded. Now, just one sake brewery remains. 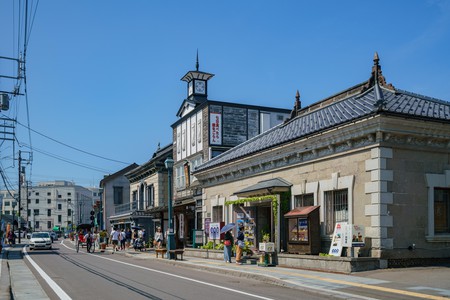 “Tanaka Sake Brewing was founded in Otaru in 1899 by Ichitaro Tanaka, the great, great grandfather of the brewery’s current President, Kazuyoshi Tanaka,” says Otaru-born resident Eizo Okada. Okada grew up listening to his grandfather and father’s tales of Otaru’s golden era. Inspired to keep the city’s sake brewing tradition alive, he went on to work for Tanaka as a sake brewer. “I am so grateful this historic brewery took me on,” says Okada. “It felt like my chance to connect with the past – one that was so fondly remembered by my father and grandfather.”

“Sadly, it is now the only sake brewery in Otaru,” he laments. “Due to changes in Japanese lifestyles, and the declining population, the others did not survive.” 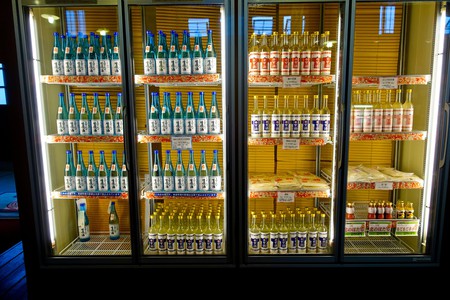 While sake breweries have been in decline in recent years, they have been replaced by a crop of new contemporary drinking holes. Wineries and whisky distilleries have popped up to meet the demands of Japan’s ever-changing drinking habits.

Whether you’re looking to drink locally brewed sake or a vintage Hokkaido varietal, here’s Okada’s guide to drinking in Otaru.

Determined to introduce visitors to the joys of drinking sake, Kikkogura by Tanaka Brewing offers tastings all-year-round.“We use 100 percent Hokkaido-grown rice. All our sake is junmai (pure rice sake),” Okada explains. “This means [it’s] brewed using only rice, water, yeast and koji (the magic mold that kickstarts the brewing process). Nothing else is added; no sugar, nor alcohol.” The brewery always has at least 10 varieties of sake available to try. In addition to the standard junmai and daiginjo varieties, be sure to try the less common sparkling, cloudy, aged and fruit-flavoured sake. A tasting session with the friendly experts will give you a better idea of what to order when you hit the local bars. The tastings are free, but a 720ml (25oz) bottle of sake will set you back around ¥1,430 (£11).

Stone & Iron for a full range of Otaru drinks

This café bar and hostel looks like an industrial warehouse from the outside, but don’t let this put you off. It’s been beautifully refurbished on the inside and the owner, Hiro, will warmly welcome you for a delicious meal. “The selection of local drinks [here] is second to none in the area of Otaru,” says Okada. “Here you will find Nikka whisky from nearby Yoichi, Sapporo classic on tap, Otaru wine, exclusive Otaru bottled beer and, of course, Tanaka Brewing’s sake.” For lunch, Okada suggests ordering the spicy chicken curry for ¥1,300 (£10) , which includes a salad and a drink. For dinner, go for the mussels cooked in Otaru wine for ¥750 (£5.75) or one of the two house pizzas: prosciutto and smoked salmon tomato salad or mince chicken and egg teriyaki (both ¥880 (£6.75)). If you’re feeding a crowd, go for the sharing platter of appetizers, which includes smoked fish and meats, garlic toasts, cheese and pickles for ¥1,300 (£10) per person.

Meaning Mum’s House, Kaachan-ke offers nostalgic dishes your mum might have served you – if you’d grown up in Otaru. Childhood favourites in Japan include: omurice (tomato sauce-flavoured fried rice, wrapped in an omelette) and yakisoba (stir-fried noodles with meat and vegetables). This is playful, tasty, comfort food served in an izakaya pub. “The fun theme carries on into the drinks menu. Ribbon Napolin is a fizzy orange soft drink that has been made in Hokkaido since 1911,” Okada says. “Here you can try it mixed with shochu (a distilled spirit which has a stronger alcohol content than sake). Another combination is shochu with a whole Garigari-kun ice lolly in it.” Signage is in Japanese only; look for the pink noren curtain over the door with these characters in white ‘母ちゃん家’.Budget around ¥2,500/£18.33; less at lunch.

“This izakaya (Japanese pub) is a good place to try zangi, Hokkaido’s very own version of fried chicken,” says Okada. “The meat is marinated before it is battered and fried. This makes it more flavourful than the fried chicken karaage you find in other parts of Japan.” The landlady takes pride in serving seasonal Hokkaido ingredients in handcrafted ceramic bowls and plates that she carefully chooses herself. Dishes are reasonably priced and hearty. Try shiso, ikura salmon roe and pepperoncino spaghetti for just ¥850 (£6.50) or a generous serving of tempura prawns on salad leaves, drenched in mayonnaise for ¥750 (£5.42). “Our hero brand is Takarakawa, literally meaning ‘treasure river’,” Okada notes. “I recommend you try the Takaragawa junmai daiginjo sake here. It has a particularly fruity aroma and goes well with lighter dishes, such as the fish carpaccio, salads and fried tofu.”