A Pilgrim’s Guide to the Kumano Kodo Walk 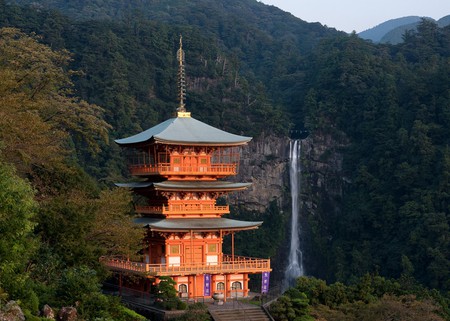 In the verdant mountains of the Kii Peninsula of Japan you’ll find the Kumano Kodo. A thousand-year-old trek dotted with Shinto shrines and Buddhist temples, luscious hot springs, and traditional ryokan inns, the Kumano Kodo is a pilgrimage of both historical and cultural importance and stunning natural beauty. Along with the Camino de Santiago in Spain, it is one of only two pilgrimages in the world to be registered as a UNESCO World Heritage Site.

The Kumano Kodo walk was born in the 11th century when the Japanese emperor made a pilgrimage from the imperial capital in Kyoto to the sacred site of Kumano. From then, the practice was imitated by everyone from the imperial family to aristocrats, samurai, and even the humblest of peasants. Today, hundreds of thousands of visitors come from all over Japan and around the world to journey to the Three Grand Shrines of Kumano: Kumano Hongu Taisha, Kumano Hayatama Taisha, and Kumano Nachi Taisha. 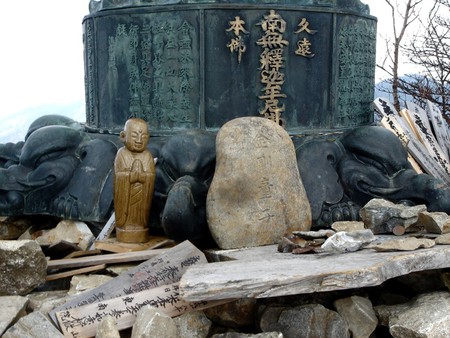 There are five main routes in the Kumano Kodo that vary in their scenery and difficulty. Whatever path you choose, you are sure to encounter lush nature, a spiritual experience, and a well-preserved view of ancient Japan. 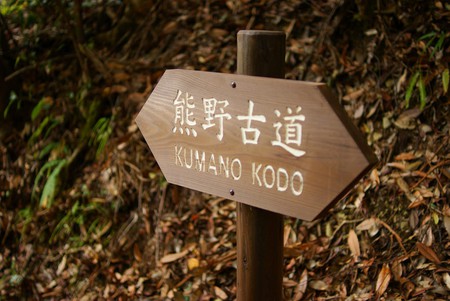 The most popular route along the Kumano Kodo is the Nakahechi, or Imperial Route. Historically, this is the route that was traversed by the Japanese imperial family when making the pilgrimage from Kyoto. The trailhead begins at Takijiri-oji and follows a path over rolling hills and through deep forested valleys shrouded in mist, with rustic villages and numerous shrines along the way to guide pilgrims. Spend a night at a ryokan and be sure to enjoy a soak in the onsen to relieve any sore or weary muscles after a long day of walking. 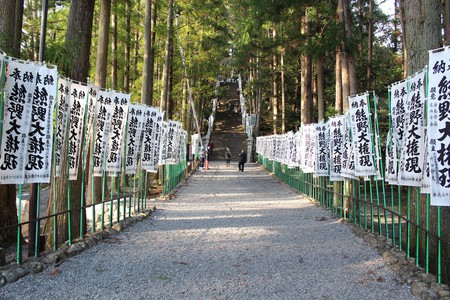 For a panoramic view that differs from other trails on the Kumano Kodo, take the Ohechi, or coastal route, which winds along the coastline of the Kii Peninsula. Although much of the original trail has been paved over with modern roadways, many sections on the route offer stunning vistas of the Pacific Ocean. 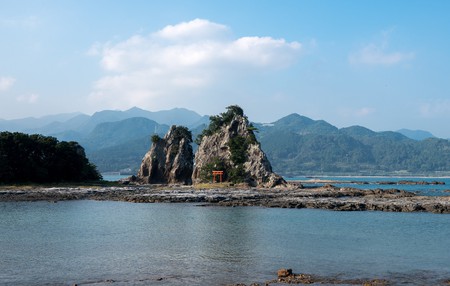 Iseji is the route that leads to Kumano from Ise Grand Shrine in Mie prefecture to the east, the most sacred Shinto shrine in Japan. The original path now leads through several towns, and some of the forest trails have been covered with cobblestones to prevent erosion, but the route does offer a pleasant hike through bamboo forests, terraced rice fields, and coastal beaches. 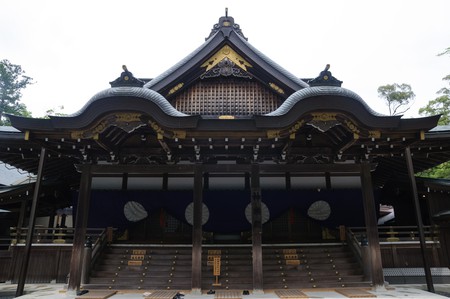 The Kohechi route has the northernmost starting point of all the pilgrimage routes, beginning at Koyasan, a famous spiritual mountain retreat atop Mount Koya. This challenging trail crosses difficult mountainous terrain and has very few accommodations for overnight stay. 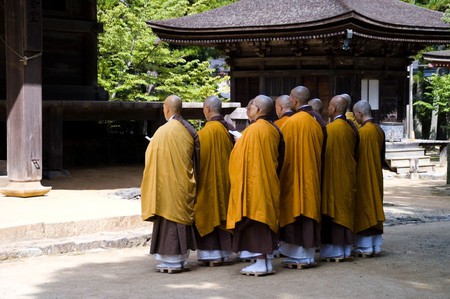 The most advanced route of the Kumano Kodo, Omine Okugake is the pilgrimage taken by practitioners of Shugendo, an ascetic mountain-worshiping religion. The trail leads from Mount Yoshino in Nara prefecture, famous for its brilliant cherry blossoms, through remote wilderness via Mount Omine to Kumano. The high mountain ridges and steep trails of Mount Omine offer spectacular views, but unfortunately, the view is limited to men only as Shugendo forbids women. 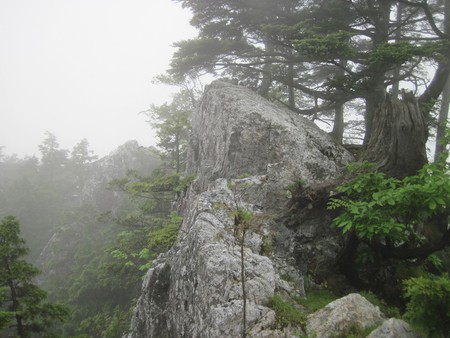 When to make the trek

The Kumano Kodo sees over 300,000 visitors take the pilgrimage each year. Spring and autumn are the most scenic times to walk the route, offering views of flowering cherry blossoms and multi-hued foliage, while summertime is warmer but more humid with a higher chance of rainfall. The Kii Peninsula does see snow in the winter, so only more experienced trekkers should attempt it from the months of December to February. 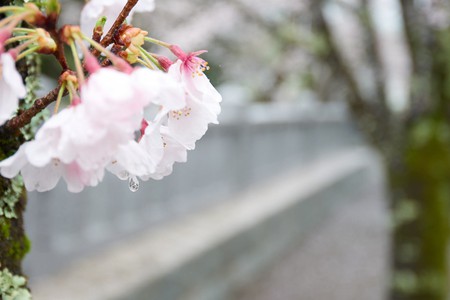 Even damp and shrouded in mist, the cherry blossoms of Kumano Kodo are incredibly beautiful | © Thomas Au / Flickr
Give us feedback