A New Creative Renaissance Is Emerging in Traditional Kyoto 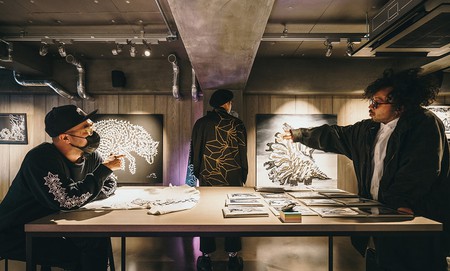 Kyoto, known for its thousands of ancient, traditional Buddhist temples and shrines, is experiencing a creative renaissance.

In late November 2017, a new space for local and international artists, looking to bring a modern energy to the historic city, was founded by Creative Director Takuma Inoue.

“We wanted to bring a bit of edge to Kyoto, which is usually known as a traditional and somewhat conservative city,” Inoue explains. 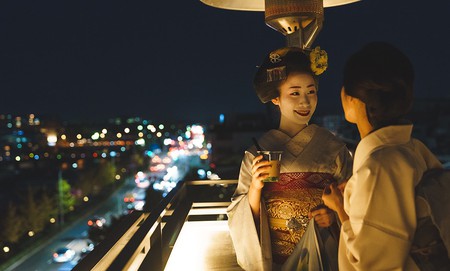 “A lot of creatives are moving back, or moving to, Kyoto from bigger cities like Tokyo,” he says. “A lot of artists feel the pressure to produce something that is ‘mainstream’ or ‘trending’ so they can make money. Here in Kyoto… artists feel like they can create things they love and be more of themselves.”

Inoue, a Kyoto native, had set up his design firm (everedge inc) in the abandoned building, before being asked to do something with the rest of the vacant space. Originally a hostess bar located in the “Geisha Quarter” of Gion, the building had been abandoned and gutted. Drawing from well-designed spaces around the world, like NeueHouse in New York City, Inoue set out to create a space that not only embraced the tradition and history of the Gion district, but also seemed open and approachable to international visitors and artists alike. 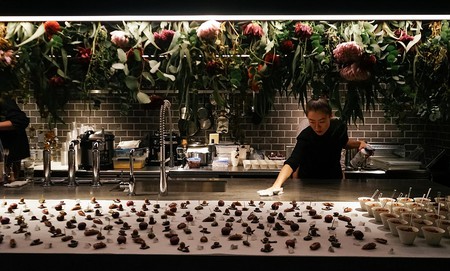 Curated events and exhibitions by local and international creatives are held at y gion on a regular basis. | y gion

The resulting complex has become an ever-changing creative space, or a zakkyo. This Japanese term is used to describe a building where many different businesses, industries, and people come together. Gallery spaces, shops, and restaurants populate the space, with a rooftop bar overlooking the Kamo River. Since opening, several chefs, artists, and djs have hosted events at y gion, including Nanotak, Daijiro, BakiBaki and Robert Del Naja of Massive Attack.

To learn more about the space and their current events schedule, visit y gion’s website.