A Love Supreme: The Story of Satoshi Tajiri, Creator of Pokémon

Mention the name Satoshi Tajiri to your average video gamer and the most likely response will be a pregnant pause, followed by a shrug or a blank look. His is not a name that rings out in everyday conversations surrounding digital entertainment. And yet, the mastermind behind Pokémon is one of the most important creative figures of the modern age.

The tale of Satoshi Tajiri is one so inspirational that it demands its very own movie adaptation – a hero from humble beginnings who would struggle against persistent adversity, all the while staying true to his passions, before eventually going on to create a video game that changed the world. But long before Pokemon made its debut on Game Boy in Japan in 1996, there was a little boy from Machida, Tokyo, who loved to collect bugs. 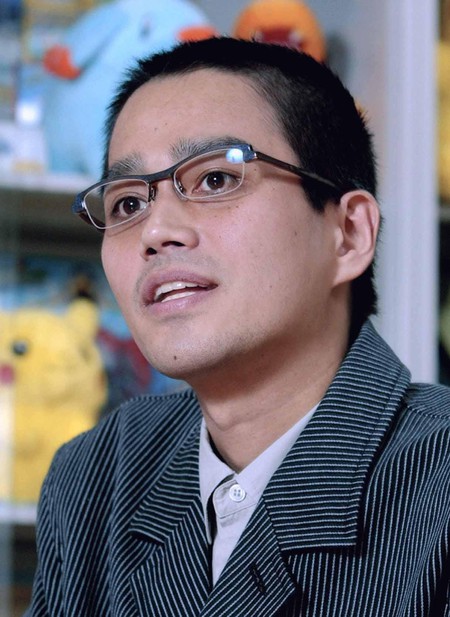 When Tajiri was growing up, Machida, situated in the west of the Japanese capital, was still a comparatively rural chunk of the city. It was a perfect spot for Machida to indulge his love of catching and collecting insects, a hobby he became so synonymous with that his childhood friends would give him the nickname ‘Dr. Bug’. As he entered adolescence, he left the green idylls of his youth behind to focus on a new obsession – arcade games.

The timing was perfect, as Japan was experiencing the arcade game boom. Spearheading this brave new world was Taito’s landmark title Space Invaders, a game which Tajiri adored so much that an arcade boss gave him his very own cabinet as a gift after he’d pumped gargantuan quantities of 100 yen coins into the machine. At the time, Tajiri’s studies were suffering, owing to what we now know was high-functioning autism. His teachers, adhering to the Japanese belief in massive effort irrespective of circumstance or ability, did not recognise the tell-tale signs of Tajiri’s condition and simply wrote him off as a lazy student.

His academic future was in jeopardy but he was able to cram hard enough that he gained his high-school diploma and got a place at Tokyo National College of Technology, studying computer science and electronics. But even before this, Tajiri was sowing the seeds that would one day lead to a video gaming phenomenon. At 17, he took his intense love of gaming one step further by putting out his own fanzine, a DIY publication that went by the name Game Freak. Readers included Ken Sugimori – later to design the creatures in the first Pokémon game – along with a host of other readers with a shared love of games.

They became a collective of hobbyists, learning video gaming code and the building blocks of game design. Tajiri became pre-occupied with Nintendo’s Famicom home console, taking the device apart to better understand how it worked. He and Sugimori, along with the friends they had picked up along the way thanks to Game Freak, decided to turn their hobby into a profession and established a company named after Tajiri’s magazine, with the mission to make video games that would capture people’s imaginations.

Game Freak’s earliest creations, which appeared on the Famicom (known in the west as the Nintendo Entertainment System) were colourful, enjoyable titles but did not reinvent the wheel. Nevertheless, the company was building momentum, and Tajiri got a flash of inspiration when he saw Nintendo’s latest creation (revolutionary at the time), a short black cable that connected two Game Boys, enabling players to compete against each other.

He pitched a concept to Nintendo executives that was unlike anything seen at the time. As he envisioned it, players would wander a vast landscape, collecting small creatures which they could train and send into battle against competitors (a spin on the popular children’s past-time in Japan of battling stag beetles), battling either the computer or another person via the Game Boy’s link cable. Each creature would have its own unique design and set of attributes. Trained correctly, they could evolve into more powerful versions of themselves. To make things more complicated, it would be split across two cartridges for the benefit of completionists, reflecting Tajiri’s formative obsession with bug-hunting. It was his hope that the joy and enthusiasm he experienced as a youngster collecting bugs could be communicated via gameplay.

In the early ’90s, such an idea would have been a challenge for programmers even on high-end video gaming hardware. On the severely-underpowered Game Boy, such a feat was almost impossible. Unsurprisingly, it was Nintendo’s rock star designer Shigeru Miyamoto who saw the potential in such a game, even when the higher-ups at the company were sceptical. Miyamoto became a mentor to Tajiri (who in turn regarded the creator as one of his idols) and kept a loose eye on the title’s development. It did not go smoothly. The logistics involved in shoehorning the necessary code into the Game Boy dev kit meant that Game Freak staff were working brutal hours and making meagre progress. The company’s income suffered and several staff had to quit as Tajiri could no longer afford to pay them. At one point, the project was nearly shelved completely while its creator worked on other titles. All in all, development took six years, an extraordinary amount of time for a game of its type.

Tajiri, who never gave up on the project (but was aided in no small part by outside investors and Miyamoto’s support), crossed the finish line in the mid-’90s, and by that point he was running a skeleton crew of developers, with him having done most of the work on the game. When it was released in Japan as Pokémon Red and Blue in the autumn of 1996, few expected it to make a splash. By 1996, the Game Boy’s life cycle was at its end and Nintendo’s sales were in decline after being sucker-punched by the Sony PlayStation. Nevertheless, the game caught the public’s imagination. Tajiri made good on his desire to create a title where childhood joy and enthusiasm could be experienced by players and the gameplay proved infectious. The title sold a total of 10 million copies in Japan before being exported to America, where it devoured entire childhoods and launched a franchise so popular that it wound up on the cover of Time magazine.

There are plenty of life lessons in Tajiri’s story; the virtues of wanting to perpetuate joy, the rewards of hard graft, and the triumph in transcending one’s limitations. He still works on the series to this day as an executive producer. The little boy who played in the fields on the edge of Tokyo is now one of the most respected creators in his field, thanks to a world-changing idea that he never gave up on, no matter what.