Who Are the Burakumin, Japan's 'Untouchables'? 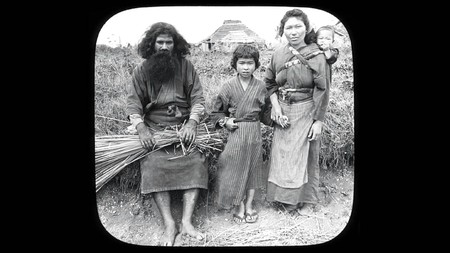 The idea of a caste is one most commonly associated with India, but there is a group in one nation of the so-called developed world that has its own long history of discrimination and social exclusion – Japan’s Burakumin.

Introduction – Who they are

To be part of the Burakumin is to exist in a social sphere at odds with Japan’s otherwise streamlined, collectivist society. These are the people who work jobs that are considered either ‘unclean’ or morbid – sanitation staff, abattoir workers, butchers, undertakers and executioners (Japan still enforces a death penalty by hanging).

The cost of being Burakumin

To gaijin, Burakumin are indistinguishable from regular Japanese citizens, but they carry a fierce social stigma that extends to different areas of society. As a rule, they are looked down upon by employers and seen as unsuitable or disgraced by families of people who marry either Buraku or those of Buraku ancestry. In extreme circumstances, they must tolerate everything from hate mail to potential employers screening applications as a means of weeding out anyone they perceive as an undesirable. Even association with Buraku carries its cost. In 2009, depopulation of Buraku-centric areas in Japan (mostly in the Kansai region) meant that outsiders were reluctant to move there for fear of being mistaken for Burakumin. Religious discrimination was also an issue among certain Buddhist sects during the ’60s and ’70s.

The idea of Burakumin (often shortened to Buraku) is a leftover from Japan’s feudal era. Workers at the lowest end of the social ladder would be segregated into closed communities, and the word itself literally translates as ‘hamlet people’. Associated with contamination and degradation, some were given the collective name Eta, or ‘an abundance of filth’, and were exempt from the social laws of the land. Physical contact with the outside world was strictly taboo, and if they were found to have committed a crime then a Samurai would have carte blanche to execute them.

Japan’s feudal period officially ended in 1869 with the Meiji restoration. Two years later, the Government issued a decree that gave equal legal status to outcasts, but while the legislation had shifted, social attitudes had not. Burakumin still found themselves experiencing discrimination and ongoing societal stigma, and thus began organising rights movements to campaign for greater acceptance.

Of all the groups and organisations outside the Buraku community to offer its members safe harbour, one stands out as the most unlikely – the Yakuza. According to the 1986 book Yakuza: The Explosive Account of Japan’s Criminal Underworld, written by Alec Dubro and David Caplan, Burakumin were believed to make up nearly three-quarters of the Yamaguchi-gumi, the largest crime syndicate in the country. On closer inspection, this is not as surprising as you might expect. Buraku often have nowhere to go when shunned by society, and the Yakuza offers a sense of identity, discipline and family that they would struggle to find elsewhere. Furthermore, the outcast status of Burakumin means that they have kindred spirits among tattooed gangsters who find themselves turned away from public baths and banks.

The history of Buraku pressure groups in Japan is not a simple one. The first high-profile example of a pro-Buraku group came in 1922 with the formation of the Suiheisha, or ‘Levelers Association of Japan’, which ran until the 1930s. In post-war Japan, the National Committee for Burakumin Liberation was founded, later changing its name to the Buraku Liberation League. This league worked alongside socialist and communist groups in order to secure vital concessions from the Government across the ’60s and ’70s. These included financial assistance for marginalised communities and a law making it illegal for third parties to look up a family’s registry details, which up until that point was one of the main means of checking a person’s Buraku ancestry.

Pressure groups made some major headway in the 1980s, when the Government rolled out education initiatives for Buraku communities in the hope of giving them more of a head start in their lives. While all this was taking place, a hardline rights group was using more extreme means to achieve its aims – the Buraku Liberation League, which had links to the Levelers movement of the 1920s. Formed in the aftermath of World War II, with strong ties to hard-left groups, the collective reportedly resorted to violence and even kidnapping on occasion in order to spread its message.

Meeting them at loggerheads was the Zenkairen, or National Buraku Liberation Alliance. The two groups bumped heads many times over the years, accusing each other of inconsistencies in either policy or ideology. Interestingly, the Zenkairen officially disbanded in 2004 after apparently claiming that the ‘buraku issue has basically been resolved’, only to morph into yet another pressure group, this time naming itself the somewhat unwieldy National Confederation of Human Rights Movements in The Community.

In the mid-1970s, Buraku rights groups uncovered a 330-page handwritten list of Burakumin names and community locations being sold to employers under the radar. Executives were in turn using the information in order to screen job applicants. The event caused a major scandal in Japan, as companies including Toyota, Nissan, Honda and Daihatsu were found to have purchased the book, along with thousands of individuals. Publication and sale of the book has since been banned.

In 2001, future Prime Minster Taro Aso reportedly said: ‘We are not going to let someone from the Buraku become the prime minister, are we?’ in a closed meeting when discussing the political future of Hiromu Nonaka, then the second-highest figure in Japanese government and a contender to succeed the then-Prime Minister Yoshirō Mori. Nonaka withdrew his bid for the leadership soon after the remark.

In 2009, there was yet another incident when Google Earth incorporated historical maps of Tokyo and Osaka that specified the location of Buraku villages in feudal times, once again highlighting the ongoing issue of ancestry and profiling of Burakumin members.

Progress has been made in recent years, but there is still a long way to go before Buraku members feel fully included by Japanese society. Even to this day, to call someone in Japan an Eta is still considered highly offensive. A law was passed by Government in 2016 in an effort to fight bias against Burakumin, but critics of the bill said it did not go far enough, as it does not outlaw discrimination and failure to enforce will not result in fines or imprisonment.