A Japanese Company Will Soon Be Selling Fake Meteor Showers 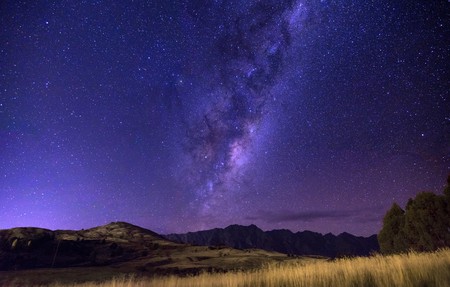 Japan has always been the nation of strange and fascinating inventions, but the aerospace company Astro Live Experiences (ALE) may have just taken the cake. What to get the person who has everything? How about their very own fake meteor shower? Yep, that’s what Astro Live Experiences, the world’s first “aerospace entertainment” organisation, is proposing will be a very viable reality come 2020.

The latest groundbreaking announcement in the competitive world of the booming private space industry, the meteor shower will work via a series of intergalactic fireworks that will shoot from a satellite some 350 kilometers high, in the form of multicoloured pellets measuring half an inch wide.

As they tear through space, above the city of the buyer’s choice, the orange, blue, and green pellets-turned-shooting stars will burn for just a handful of seconds as they travel one third of the way around the earth, then burning up as they hit the atmosphere. It’s said the process will briefly give off the illusion of real life meteors.

Originally created as a potential light show known as the “Sky Canvas” for the 2020 Tokyo Olympics, it’s estimated that currently if you were to buy a light show it’d set you back an average of four million yen, or US$40,000. However, the company is currently investigating ways to create the shows for less than the price of some of the country’s big fireworks shows.

Currently, the main target markets for ALE’s extravagant light shows are large companies, major cities, amusement parks, and or, of course, the really, really, ridiculously rich. But who knows, with the advancing of technology and the competitiveness of the private space sector, prices could drop rapidly in the next few years, and maybe it’ll just become a fancier version of picking up fireworks from your nearby department store (which is common practice here in Japan).

Some people do have qualms with the proposed space-show, with astronomers suggesting that the satellites and the debris created from the intended light shows could potentially interfere with security satellites and other space stations engaging in slightly more serious work.

For now, however, these man-made meteors are looking like a very plausible reality, as ALE’s first launch has been given the go-ahead by the Japanese version of NASA, the Japan Aerospace Exploration Agency. For now, all we can do is wait for the Tokyo 2020 Olympics, and in the meantime make do with those personalised, Mother Nature-crafted, non-curated shooting stars.