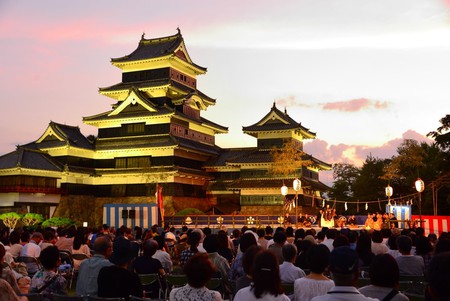 Japan is home to some of the oldest forms of classical theater in the world that are still performed today. While they may not be the trendiest form of entertainment, UNESCO declared them all Intangible Cultural Heritage, helping to preserve them for future generations. So, if you ever get the chance, be sure to check out some of Japan’s unique traditional theater forms, from classical dramas to the lively geisha dances.

Noh is a musical dance-drama with serious plots often featuring supernatural beings, heroes, and gods. Masks play an important role in Noh theater, and nearly every character, aside from ordinary men, wear one. Many of the masks are extremely versatile; with just a slight tilt of the head, the actor can change the mask’s expression from angry to happy to sad. Noh is the oldest type of classical Japanese performance art still alive today. 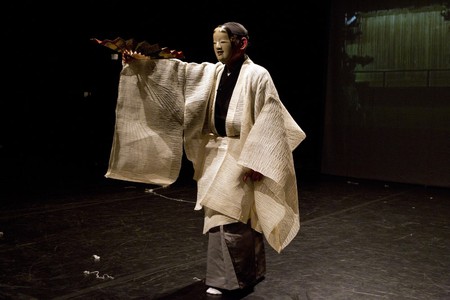 Noh is one of Japan’s oldest theater forms | © posztos / Shutterstock

Kyogen plays are typically performed between breaks during a Noh performance. Unlike the high-brow, sophisticated performances of Noh, Kyogen plays are light comedies about ordinary people. They often feature stock characters that are easily recognizable, and in the past, these performances were much more popular among the common folk than its partner Noh, which appealed to the higher classes.

Kabuki is another type of musical dance-drama and the most well-known classical Japanese performance art. Instead of masks, kabuki actors make use of elaborate makeup, wigs, and costumes. The stage of a kabuki performance is large and filled with interactive props, such as trap doors. The stories are lively, and the actors are energetic, with exaggerated facial expressions and outlandish behavior. 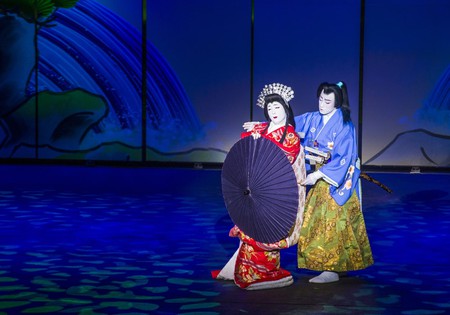 Bunraku or ningyo joruri is traditional Japanese puppet theater. The puppets are incredibly detailed and intricate, with many requiring multiple puppeteers in order to operate. The use of puppets in Japanese theater is believed to have originated with Noh, but the plots of ningyo joruri plays have many similarities with both Noh and kabuki. Along with puppets, this type of theater usually features a single narrator to chant the characters’ lines and a shamisen player for musical accompaniment.

Long ago, geisha dances were mainly a private affair, performed during parties and events as part of the entertainment. During the 1870s, the geiko of Kyoto were asked to perform publicly the Miyako Odori (in Gion) and the Kamogawa Odori (in Pontocho) to raise the city’s spirits and liven up the economy after the country’s capital officially moved to Tokyo. Now the spring geisha dances in Kyoto are one of the city’s most popular tourist attractions.