A Guide to the 8 Best Japanese Konbini Ice Creams 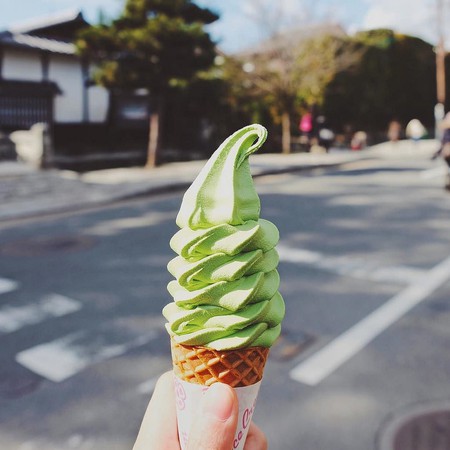 Japan had the most colorful food | © Catherine Shyu/ Flickr

It’s time to believe the myths and legends you’ve been told. Japanese konbinis (convenience stores) are mystical lands filled with wonderful and bizarre snacks, delicious dinners, more drinks than a liquor store, and of course ice cream. When it comes to variety, Japanese konbini ice creams are in a league of their own – here’s a guide to some some of the weirdest and the best.

This humble ice cream definitely pushes the creative boundaries of what an ice cream can be and that’s no exaggeration. Shaped like a yakimo (sweet potato in Japanese) this frozen treat features a crunchy wafer-like outside and is filled with sweet potato-flavoured ice cream. Though some people find it to be a little overly sweet, its ingenious design and multi-layered texture make it a must-try at least once. Be aware through that this is a seasonal treat (like many other sweet potato-flavoured goodies) so it can be a little elusive, but the best time to find it is in autumn.

Mochi, is potentially Japan’s most dangerous sweet. Forget fugu (blowfish) it’s mochi that claims the most lives each year from suffocation, which is sadly ironic because it’s eaten during special events as a sign of long life. Made from gelatinous rice, this chewy “rice cake” treat comes in a variety of flavours and styles, including ice cream. Yukimi Daifuku is the popular mochi ice cream hybrid and it’s as delicious as it is fun to eat. The tidy little golf ball-sized ice cream balls are covered with a chewy sweet, powdery mochi skin.

Deliciously simple, Pino ice creams are the perfect snack for when you want a treat but don’t want to commit to an entire ice cream bar. Bite-sized domes of vanilla ice cream covered in a crispy milk chocolate shell – it’s pretty close to impossible not to devour all six pieces in one sitting. There are a number of rotating variations on offer including chocolate and almond cream, however vanilla is the classic and arguably best.

Pino ice cream: Our daily must have dessert from any convenience store!:) #pinoicecream #sapporo #hokkaido #japan

Now it’s time for the big guns and when it comes to ice cream snacks it doesn’t get much bigger than the Jumbo. This oversized ice cream sandwich features everything you want in a decent frozen treat: soft ice cream, chocolate and a chewy outside wafer. A slab of vanilla ice cream is dipped in the chocolate shell and then encased in a ribbed wafer covering, that’s been designed like a block of chocolate meaning that if you want to break it up into pieces to share, you can, but it’s so delicious you probably won’t.

Though technically Häagen-Dazs is an American company, the one in Japan is unlike anywhere else in the world. Embracing the ice cream brand with open arms (and hungry bellies) Häagen-Dazs has found a second home on the shelves of Japanese konbinis across the nation. Getting experimental with flavour combinations, they’ve come up with a stack of interesting options including pumpkin, salty butter biscuit and annou imo (sweet potato). What’s on offer may vary from store to store, but the choices are never dull.

Squeezable ice cream sounds weird, but its definitely a thing here, and the best way to enter this world is with a Papico. Coming in seasonal flavours and with regular options of chocolate, coffee and vanilla, the best way to explain the treat is that it’s a thick shake-ice cream hybrid. They come in fun little packs of two ‘bottles’ making them the perfect treat to share.

Another iconic figure in the squeezable ice cream realm is Coolish, which is basically soft served in a small, palm-sized squeezable bag. This is the perfect snack for those wanting to have a little ice cream on the run, as you can screw on the top of the pack and slip it into your pocket if you need to hide it. They come in classic vanilla and Belgian chocolate flavours, plus other fleeting seasonal varieties.

Suika Baa, which literally means ‘watermelon bar’ in Japanese is a nostalgic little summer favourite and the perfect thirst-quenching icy treat. Shaped like a refreshing slice of watermelon, the red part tastes like watermelon while the green base tastes like lime. The best part though? The tiny little milk chocolate seeds that are dotted throughout the bar, it’s a delicious little extra touch.