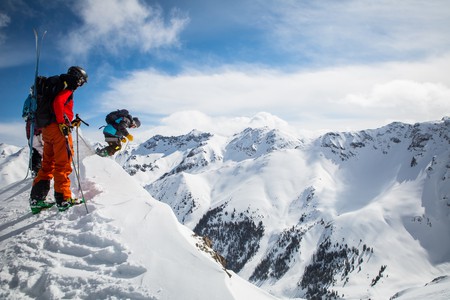 Hokkaido has it all when it comes to ski conditions in Japan, but for those of us who would prefer to stay on Japan’s main island (Honshu), there are plenty of options to satisfy even the most hardcore skiers and boarders. In fact, the northern region of Honshu, also called Tohoku, boasts some of the highest quality snow conditions in the world. We take a look at some of the best spots to hit the slopes in northern Japan.

The largest ski resort in Japan and most well-known in northern Honshu, Zao Onsen Resort is one of the most popular resorts for both skiers and snowboarders in the country. Before ever installing its first ski lift, the area was already famous for its many onsen, or natural hot springs, located throughout the resort. Today, there are 42 ski lifts as well as a gondola, with enough trail variety for beginners, experts, and everyone in between. After a long day on the slopes, nothing feels better than a dip in the onsen to warm up and soothe your aching muscles.

Located in northeast Honshu, Iwate has the lowest population density of any other region on the island, making it an ideal choice for anyone looking to escape the more crowded resorts closer to Tokyo. Appi Kogen is a well-groomed, more upscale and foreign-friendly resort with a fancy hotel and other amenities. Geto Kogen is for powder fiends; the area gets roughly 15 meters (about 50 feet) of snow per year and maintains a snow base of around four to five meters during the winter season. For the adventurous type, the off-piste conditions are quite good here, though you may need to keep an eye out for ski patrol. The lesser-known Hachimantai Ski Resort consists of two ski resorts (Panorama and Shimokura), both of which share the same lift ticket and are connected by a free five minute shuttle bus. Shimokura is smaller but has more options for intermediate and advanced skiers, while Panorama has more trails and is better for lower level skiers.

The northernmost prefecture of Honshu, Aomori rivals Hokkaido when it comes to deep powder conditions. Hakkoda Ski Resort receives heavy snowfall every year and, due to its size and location, never becomes overcrowded like other popular resorts. This is an ideal resort for those looking for backcountry-style skiing and deep, unspoiled powder. For those looking for an even more remote location, check out Aomori Spring, which isn’t too far from Hakkoda and is worth visiting for a day or two if you are already in the area.

Fukushima is home to a number of ski resorts particularly popular among the locals and not quite as well known to international tourists. Alts Bandai is a fairly large resort with nice accommodation and trails for skiers of all abilities, making it an ideal choice for families or big groups. Minowa Ski Resort is small and not as foreign-friendly but has fantastic powder conditions and off-piste tree skiing. Lastly, Nekoma (which translates roughly to “Demon Cat”) Resort is for adventurous thrill seekers looking to get off piste and away from the crowds. The powder here is among the best in the area.