A Guide to Giving Gifts in Japan 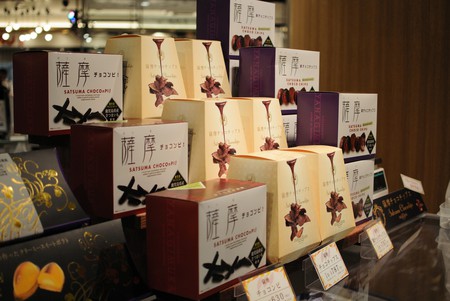 When it comes to presents, Japan takes the cake with its many rules of etiquette guided by various social customs. As a foreigner in Japan, you won’t be expected to know all of the intricate rules behind giving gifts, but here are a few guidelines to help you avoid any serious social blunders.

Gift-giving in Japan versus Western cultures

Unlike Western cultures, where there is a certain spirit of giving without expecting anything in return — which may or may not be true in practice, of course — gifts in Japan are given and received in a cycle of obligation and gratitude. There are specific occasions and holidays where you are expected to give a small gift, and if you receive a present you are expected to express your gratitude by giving okaeshi, a present in return, some time after.

Fortunately, Japanese stores are well-equipped to support this complex gift-giving culture, with everything from individually wrapped sweets to pre-packaged gift sets, origami-like present-wrapping services, and specialty envelopes for cash-based gifts.

Omiyage are small souvenir-like gifts that you give to friends, family, and coworkers after a trip. They tend to be individually wrapped consumables, teas and snacks, or regional specialty products. It’s common to buy omiyage for coworkers when away on vacation to thank them for any trouble or inconvenience caused by your absence.

There are three main kinds of thank-you gifts in Japan: okaeshi, ochugen, and oseibo.

Okaeshi are small gifts that you give in return for a gift you have received. Generally, the gift should be around half the value of the original present. Popular items include alcohol, hand towels, or packaged sweets. Ochugen is a mid-year present given as a gesture of gratitude to those to whom you feel indebted, including parents, family members, a close teacher, or your boss at work. Oseibo is a similar present given at the end of the year as a thank-you for any help or favors received in the past year.

If it sounds like a lot of work gift shopping for so many people multiple times a year, not to worry. That’s because ochugen and oseibo gifts are a bit different from what people in Western countries would consider to be “presents.” Often, they are nicely packaged gift sets, similar to a food gift basket, but may include common household items like cooking oil or soy sauce.

If you ever attend a Japanese wedding, don’t expect there to be a gift registry. Instead, it’s traditional for wedding guests to give a cash gift sealed in a special-occasion envelope called a shugi-bukuro, as it’s considered crude to hand over money directly. The cash should be new, unwrinkled 10,000 yen notes in an odd-numbered amount — 30,000 yen for individuals or 50,000 for couples — as even-numbered amounts can be easily divided, which according to Japanese superstition doesn’t bode well for the newlywed couple.

Celebrating birthdays and giving birthday presents is one of the more modern customs in Japan. That’s because before the 20th century, a person’s age was counted using a traditional method adopted from China where everyone aged one year on New Year’s Day.

Although people in Japan may receive a birthday present from parents, very close friends, or significant others on their special day, most people don’t expect to be showered with gifts. Instead, friends usually treat the birthday person to a meal, which includes some sort of birthday cake or desserts. If you are not particularly close, there’s no need to give someone a lavish birthday present in Japan, as an overly expensive present could make the recipient feel obligated to give you an okaeshi gift in return.

Like birthday gifts, exchanging Christmas gifts is a relatively newer tradition for Japanese people. Perhaps influenced by the custom of oseibo, Christmas gifts in Japan need not be as intimate or meaningful for the recipient as in Western cultures. A hat or scarf or pajamas might be nice for a family member, but many people are happy to receive practical gifts in the same vein as oseibo items such as pantry ingredients and canned foods — even Spam.

On New Year’s, it’s customary for adults to give children an envelope with money in it called otoshidama. This is similar to the “lucky red envelopes” from Chinese culture but the envelopes need not be red in color, and are given out on January 1 rather than the lunar new year. Some families may give otoshidama out a little earlier, together with Christmas presents.

Valentine’s Day is another modern holiday for giving and receiving in Japan. However, Japanese Valentine’s is a bit different than in other countries as women are expected to give chocolates to men on February 14. There are three types of chocolate given out: tomo-choco, for friends; honmei-choco for your significant other, or, if single, for the person in whom you are interested; and giri-choco, a sort of pity gift for the other males of your acquaintance to make sure they get something on Valentine’s Day.

Men are expected to return the favor a month later on March 14, a Japanese holiday called “White Day” (also made up by the confectionery companies). Interestingly enough, sweets can be given in return for giri-choco, but boyfriends and husbands are often expected to give a present two to three times the value of the original gift, with jewelry, accessories, and clothing being common White Day presents.