A Guide to Exploring Hashima Island 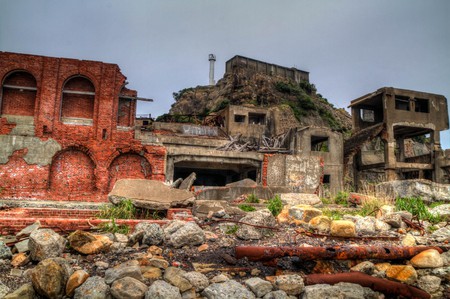 Commonly known as Gunkanjima (literally, “Battleship Island”), Hashima is an abandoned island that once housed more than 5,000 people and served as a labor site during World War II. Located roughly 15km (9mi) off the coast of Nagasaki city, the ruins of Hashima have become something of a tourist destination for adventure travelers and history buffs. We take a look at the fascinating history of this once bustling island and the best ways to see it for yourself.

The industrialization of Hashima

When coal was discovered on Hashima at the beginning in the 19th century, traffic to the island began to increase. From 1887 to 1974, the island served as a seabed coal mining facility; during this time Hashima was constantly inhabited, with the population continuously increasing as more and more undersea coal mines and mine shafts were established. During this time, nearly 16 million tons of coal were extracted from the island’s mines. 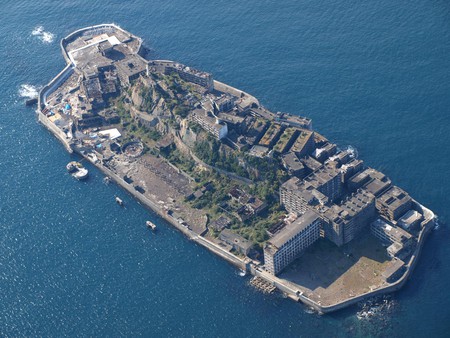 In order to accommodate the constant influx of miners and their families, massive concrete walls and buildings were constructed on and around the tiny island. The built-up concrete structures made the island look more like a battleship from afar, thus earning it the nickname “Battleship Island”. From 1930’s through WWII, the island was used as a forced labor site for the production of coal; it is estimated that roughly 1300 workers, primarily Korean and Chinese, died here due do harsh conditions during this time. As petroleum came to replace coal as the nation’s main energy source, the mines began to shut down. Hashima was officially closed as a mining site and cleared of all employees and residents in 1974 where it remained abandoned for over three decades. With most of its structures still intact, the island was reopened as a tourist destination in 2009 and declared a Unesco World Heritage site in 2015. 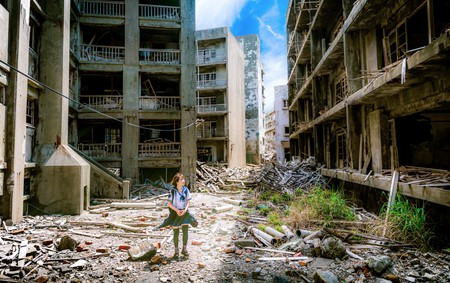 Multiple companies offer ferry tours to the island out of Nagasaki Port (located just a few stops from Nagasaki Station). A standard tour takes around three hours and includes a trip to the island’s three observation decks as well as an hour-long walking tour with a Japanese-speaking guide. Because the abandoned buildings pose a serious safety risk, the tour is fairly restricted and visitors are not permitted to stray from the path. Unless you have a media/press pass, private excursions to the island are illegal. Additionally, due to the harsh waters and weather conditions in the area, passengers may be refused admittance based on physical condition. Newborn babies and pets are of course not allowed. For more information on Hashima tours, check out Gunkanjima Cruise, Yamasa Shipping Co. Ltd., or the Gunkanjima Concierge Company. 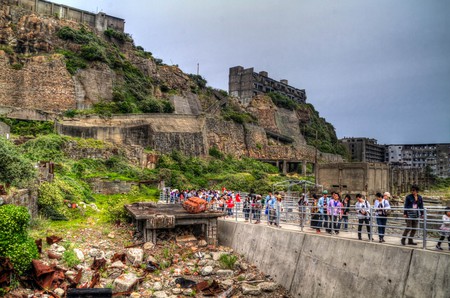