An Art Tour Of The Best Japanese Museums

Japan‘s thriving art scene has been the catalyst for a museum boom throughout the country in recent decades. With Tokyo’s cultural buzz being comparable to the metropolises of New York, London and Paris, Japan is an enthralling destination for art lovers. Discover 10 of the most significant art museums in Japan, which offer a diverse display of world-class exhibitions and collections. 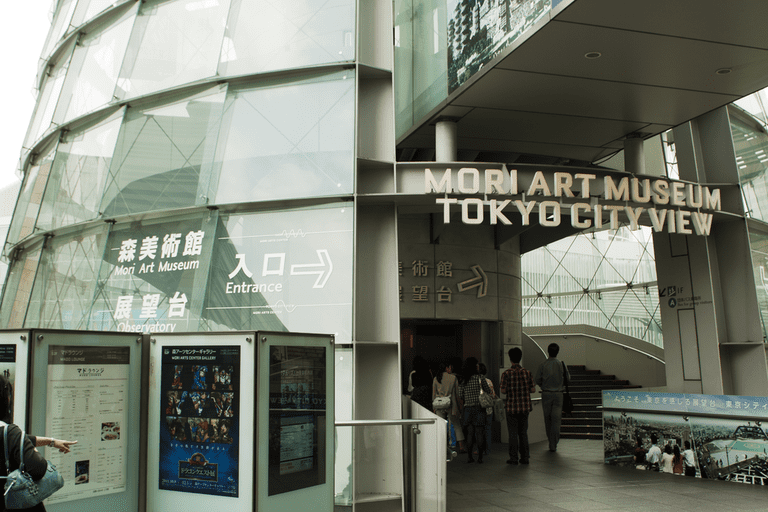 Mori Art Museum | © Wikicommons
The highest art museum in the world, Mori Art Museum is an iconic art institute located at the top of a 54 story tower. Focusing on the concept that ‘each of the world’s diverse cultures must be accorded equal importance’, the museum’s exhibitions are dedicated to contemporary art from all around the world. Mori Art Museum also organizes ‘MAM Projects’ which are committed to supporting young talented practitioners.
Open In Google Maps
53階, 1 10, 6-chōme, Roppongi Minato City, Tokyo, 106-6150, Japan
+81357778600
Visit Website
Give us feedback

Opened in 1952, the collection of the National Museum of Modern Art, Tokyo (MOMAT) has continuously grown throughout its history, requiring various updates to the building. The last of these renovations occurred in 1999, enlarging the exhibition galleries and library, allowing further public access, and also creating space for a restaurant and museum shop to be added. Renowned for its Japanese collections from the Meiji Period (1868-1912), the museum also presents an impressive display of both Japanese and international 20th century works. MOMAT has further expanded with the Crafts Gallery and National Film Center, again establishing its significance to the Japanese art scene. 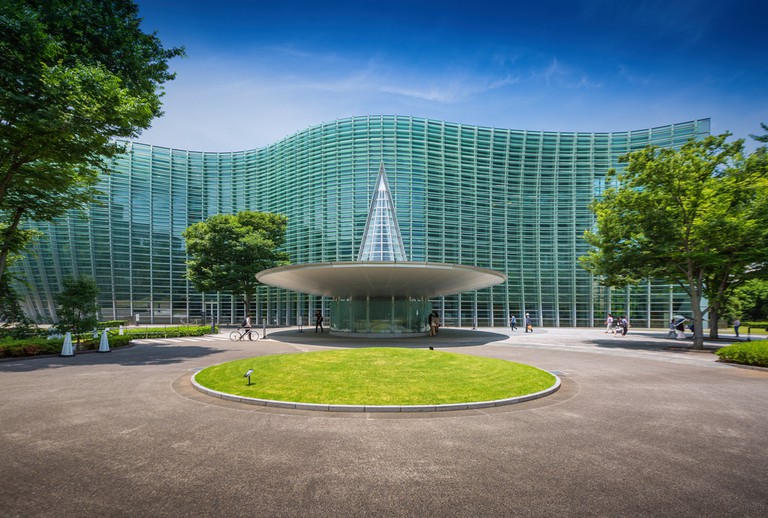 Just like the renowned international art cities of New York, Paris and London, Tokyo contains an overwhelming number of iconic masterpieces. The National Museum of Western Art (NMWA) opened in 1959 and its collection was founded on the Impressionist paintings and Rodin sculptures which are a part of the Matsukata Collection. Building upon this throughout the years, as well as loaning works from international private collections and museums, NMWA’s displayed exhibitions focus on the Renaissance to the early 20th century, allowing both locals and travelers to gaze at some of history’s finest works.

A small but mighty institution, Suntory Museum of Art is set in a Japanese Modernist building designed by internationally acclaimed architect Kengo Kuma, and is regarded as an important organization in the Japanese art industry. The museum is distinct in holding no permanent exhibition, and many of its displayed works center on exploring art in everyday life, and finding connections between ‘ancient art to modern art, Eastern art to Western art, across the boundaries of time and place and culture.’ 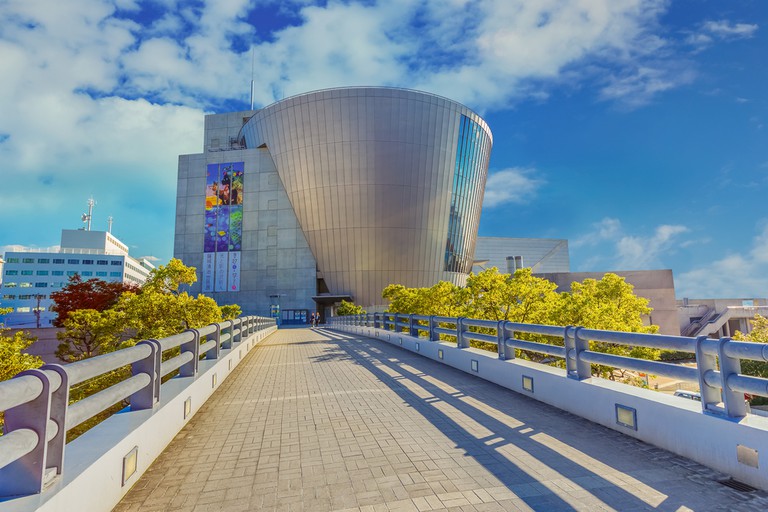 Founded in 1872, Tokyo Nation Museum is the oldest and one of the most significant national museums. Dedicated to collecting and displaying historic artworks and antiquities from Japan and Asia, visits to this venue are essential for travelers interested in the long history behind Japanese art. The museum is a pivotal institution for research and scholarly work, and organizes a number of educational programs for people of all ages. 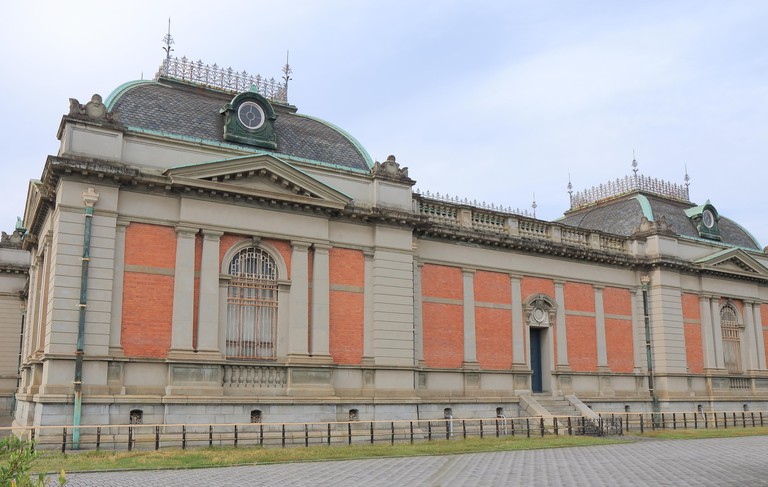 © Takatoshi Kurikawa / Alamy Stock Photo
Located in the old capital of Japan, Kyoto, this museum is deemed just as noteworthy as the museums in Tokyo. Kyoto National Museum was founded in 1897 and its strength lies in its Japanese and Asian art from the pre-modern period. Their online museum dictionary is also an insightful tool which offers enlightening information on the history of the held works.
Open In Google Maps
527 Chayachō, Higashiyama Ward Kyoto, Kyoto, 605-0931, Japan
+81755252473
Visit Website
Give us feedback

Originally opened in 1963, The National Museum of Modern Art, Kyoto (MoMAK), exhibits exemplary Japanese and international contemporary works, with a particular focus on the Kansai region, allowing visitors an unrivaled insight into modern perspectives of Japan’s old capital. Holding an impressive collection, as well as fascinating temporary exhibitions, the Collection Gallery rotates the displayed works continually throughout the year, inviting re-explorations of their featured works. 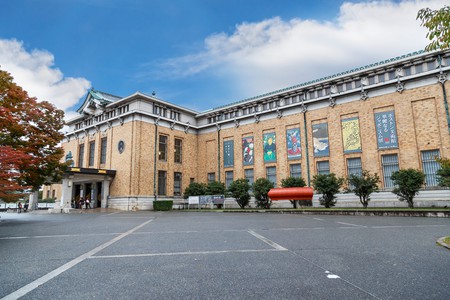 Museum of Art in Kyoto, Japan on October 22, 2014. One of the oldest art museums, opened in 1928 as a commemoration of the Showa emperor’s coronation ceremony | © Cowardlion / Shutterstock

The seasons play a pivotal part in Japanese culture, and The Hakone Open-Air Museum explores this relationship between nature and art through their outdoor displays. Presenting a vast range of modern sculptures in a massive 70,000 square meter outdoor area, internationally renowned works from Rodin, Bourdelle, Miro and Moore can be discovered here. Additionally, a collection of Picasso works, as well as one of the largest collections of English sculptor Henry Moore’s pieces make this museum an artistic haven.
Open In Google Maps
1121 Ninotaira Hakone, Kanagawa, 250-0407, Japan
+81460821161
Visit Website
Give us feedback

Nara was the capital of Japan from 710 to 784 AD, and its beautiful temples and sites attract culture-hungry tourists throughout the year. The Nara National Museum is surrounded by some of these beautiful structures, such as the Tōdai-ji Temple, the Kōfuku-ji Temple, and the Kasuga Taisha Shrine, and the museum holds an eminent collection of artworks and artifacts that reveal the history of Buddhist art. Focusing on the research of Buddhist art, history and culture, guests can also attend lectures, temporary and permanent exhibitions, as well as the inspiring Buddhist Art Library. 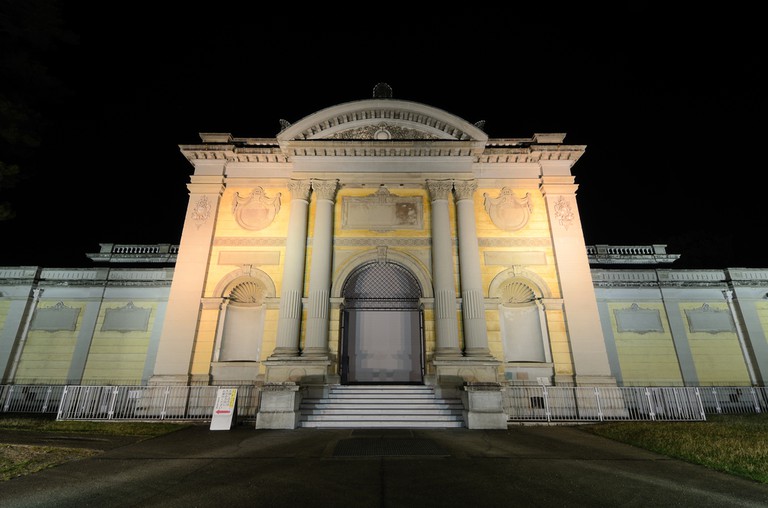 The Nara National Museum in Nara, Japan houses many buddhist works and was built in the Meiji-era Western Style © Sean Pavone / Shutterstock

In recent years the islands that sit in the Seto Inland Sea have become renowned as artistic hot spots because of the Setouchi Triennale; however it was Benesse Holdings, Inc and Fukutake Foundation that created this art boom. Working with various artists, architects and venues to create exciting art experiences throughout the islands of Naoshima, Teshima, and Inujima, museums have also been founded on these isles, such as the outstanding Chichu Art Museum. Connecting cutting edge contemporary art, the surrounding awe-inspiring nature and the rich history and culture of the area, the Benesse Art Site Naoshima sits as the heart of these artistic oases, and allows visitors to stay at the Benesse House Hotel while being surrounded by exemplary contemporary art. 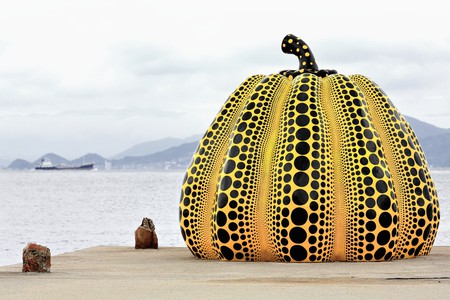