A Day Trip From Kobe: How To Explore Arima Onsen 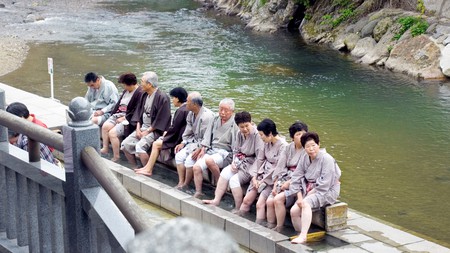 Sitting outside Kobe’s city limits is a town that couldn’t be more different. Welcome to Arima Onsen, the millennia-old, deity-hosting, bubbling onsen hub – a place for rest, relaxation and rejuvenation.

Arima Onsen is tucked behind Mount Rokko, an imposing 931-metre-high (3,054-foot-high) giant that acts as a barrier between the heavily urbanised region of Hanshin – home to Kobe and Osaka – and a lush and volcanic landscape that’s long produced some of the best hot springs in Japan. 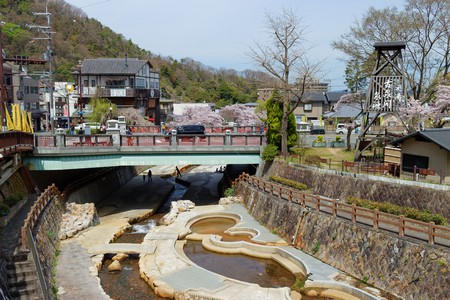 As the Arima legend goes, this is one of Japan’s longest-running hot spring hubs and a tranquil escape from inner-city living. With luxury resorts, plenty of day-trip activities and a historical ambience entirely its own, Arima Onsen is a place you’d be remiss to skip.

The history of Arima Onsen goes back over 1,300 years. The Nihon Shoki (AD 720), also known as The Chronicles of Japan, traces the onsen’s lineage to the Age of the Gods, a time in Japanese mythology preceding the accession of Jimmu, the nation’s first emperor. The ancient legend of Arima states that two Shinto gods, Onamuchi-no-Mikoto and Sukunahikona-no-Mikoto, witnessed injured crows bathing in Arima’s healing thermal waters.

Between the seventh and 12th centuries, Buddhist monks began developing the area. Regularly visiting the site during pilgrimages in Hyōgo, they set up a temple in the lush mountain surrounds. The reputation of Arima’s mineral-rich ‘golden water’ grew, and soon, emperors, samurai and other members of Japanese nobility started visiting the area, turning it into an early incarnation of the spa resort of today. 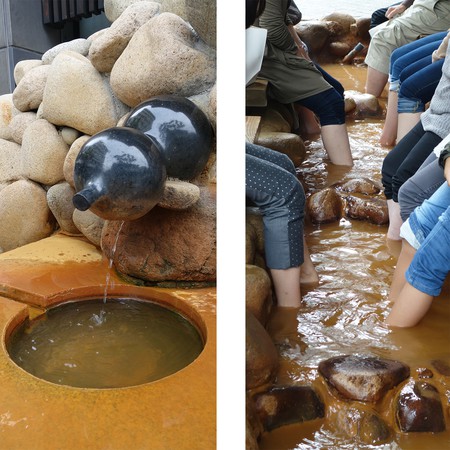 Left: The water here runs gold due to its rich iron content / Right: If you’re not keen on baring all, dip your toes in Arima’s golden waters at Kin no Yu bathhouse | © acticraz / Getty Images

The term ‘golden water’ – known as kinsen in Japanese – isn’t just an analogy for the onsen’s healing qualities. The water that pumps out of Arima is tinted gold, a side effect of the rich iron deposits in the ground, which reportedly alleviates muscle pain. Arima also has impressive ginsen (silver water), which contains high levels of radium and carbonate, the qualities of which are said to soothe various muscle and joint ailments.

The royal love affair with Arima is one that has continued throughout the ages. In the 16th century, influential political figure Toyotomi Hideyoshi was an advocate for the onsen, regularly visiting with his wife and tea master Sen no Rikyu. A king of modern Japanese literature, Jun’ichirō Tanizaki, also frequented the baths, and he wrote his iconic novel A Cat, a Man and Two Women (1936) while visiting. Despite its popularity among Japanese royalty, the onsen is still a relatively overlooked destination for international visitors.

The town of Arima is relatively compact, making it a comfortable place to cover in a short period of time. However, if you want to make the most of Arima’s water, there are probably only so many baths you can visit in one day, so try to stay a few nights in the area. 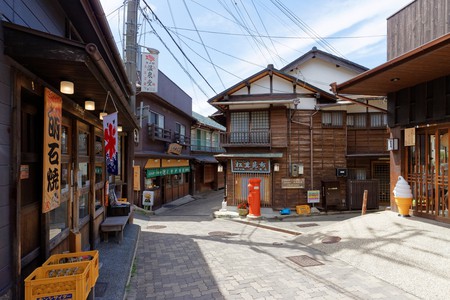 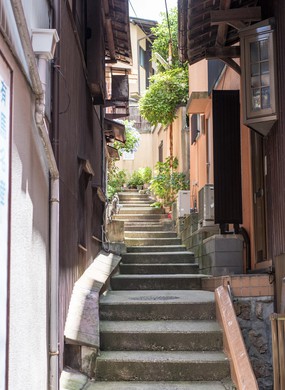 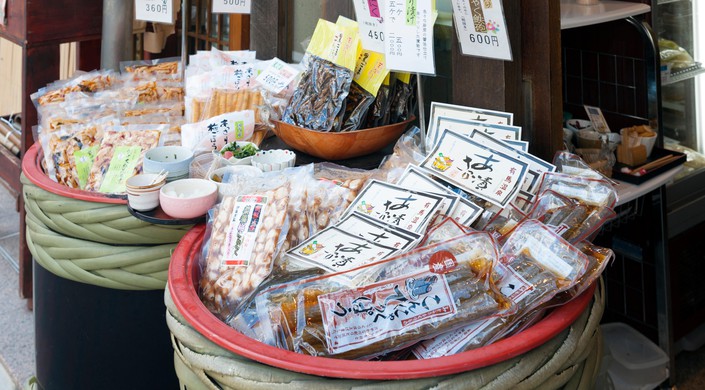 To dip your toes into the world of Arima’s hot springs, make your way to the open and free public foot bath located just outside the Kin no Yu bathhouse. Here, you can try the dark golden water for free before getting prepared for a full-body bathing experience.

Just opposite the foot bath is Arima Toys & Automata Museum, which is dedicated to retro toys and is worth a visit if you’re a collector or child at heart. The area also has plenty of snack-food stands and stylish stores selling elegantly displayed Japanese gifts.

One particular highlight on the shopping route is Arima Koushindou (有馬香心堂) – a store selling traditional Japanese incense, as well as more modern aromas and styles. The pieces on offer are very comprehensive and affordable, so no matter what you’re looking for, you’ll find some excellent gifts here. It’s also worth noting that for overseas visitors, this store – like many in Arima – offers tax-free shopping. Simply show your passport at the register.

Where to bathe and stay

If you’ve trekked all the way to Arima, of course, you’ll want to experience some of the area’s beautiful onsens. Kin no Yu is the biggest of all the public onsens and a great place to start. Situated in the centre of town, behind the public foot bath, this facility features two indoor iron-rich baths of varying temperatures.

If you’re looking for a more immersive experience, then consider booking a few nights at Arima Grand Hotel. Positioned on a hilly incline, complete with stunning views of the town centre, this sprawling luxury ryokan complex features open-air, indoor and private baths. There’s also a large public pool area that guests can admire from their hotel balcony. 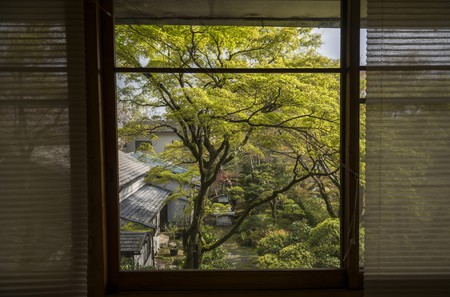 To get a better view of the area, it’s worth making the short detour en route to Arima Onsen via the Sumaura Ropeway. This much-loved local hangout is just a 30-minute journey towards the Seto Inland Sea, and at the top you’ll find a retro arcade and amusement park, not to mention sweeping views of Kobe and Osaka.

How to get to Arima

The most direct way to get to Arima from Kobe is from the Shin-Kōbe Station. Take the subway to Tanigami Station, and then switch to the Shintetsu Arima-Sanda Line to Arima-guchi before making the transfer to the Arima Line to Arima Onsen Station. There are a few stops, but the trip takes between 30 and 40 minutes.

Alternatively, there are local buses that run via Hankyu Bus and Shinki Bus companies. They typically depart once or twice an hour from Shin-Kōbe Station and Sannomiya Station.