A Guide to Tokyo on a Budget

With a bit of planning, it’s possible to experience one of the world’s most expensive cities on a budget. Here are some tried and tested tricks to help you save money during your next trip to the sprawling metropolis that is Tokyo.

Japan is famous for its extensive network of efficient and relatively affordable public transportation – but depending on where you want to go and how frequently, costs can easily add up. Luckily for tourists, there are a variety of heavily discounted transit passes on offer.

For those looking to do some long-distance travel, the Japan Rail Pass offers fantastic deals such as round-trip excursions from Tokyo to Kyoto. But if you want to stay more locally around the Tokyo area, the seven-day JR Pass is the best one for you. For train travel, most tourists will find using a reusable IC credit card to be the easiest and cheapest option.

Airport transport is often the biggest transit-related expense incurred by tourists, but there are plenty of ways to cut down on costs here as well. Visitors flying in and out of Narita Airport who are staying in Japan for 14 days or less should consider purchasing the N’EX TOKYO Round Trip ticket. If the N’EX is a bit pricey for your budget, the Keisei Bus company offers one-way transport from Tokyo Station to Narita Airport.

But the easiest way to save on transportation costs? Walking. Tokyo is surprisingly pedestrian-friendly, and walking between major tourist spots is often the best way to explore the city. Instead of taking the train, it’s easy to walk between areas like Harajuku and Shibuya or Ueno and Asakusa – and you’ll probably find a few hidden gems along the way. 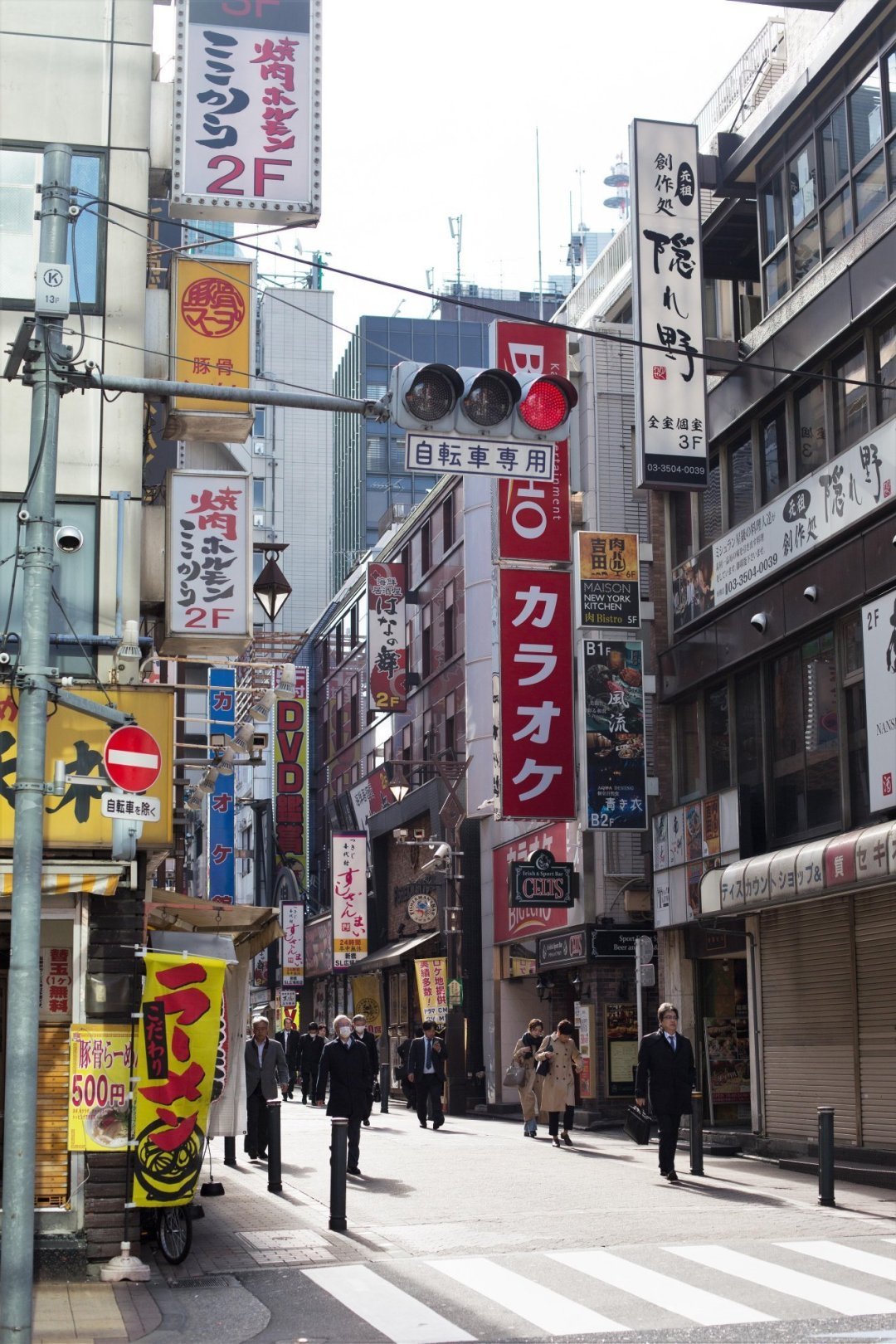 Since the city enacted regulations in 2018 restricting the number of minpaku, or privately owned lodging facilities, finding affordable lodgings in Tokyo can be difficult. But a few options remain for thrifty travellers.

Capsule hotels are an interesting and viable option in a pinch – but choosing to stay in one long-term during a Tokyo visit requires a bit of pre-planning and flexibility. These facilities generally require guests to check out every morning, and most don’t offer a place to leave your personal belongings. To avoid this, leave your luggage in one of the many public lockers that are located in major train stations and available for daily use. While many capsule hotels are utilitarian and lacking in ambience, nine hours, in the busy Shinjuku neighbourhood, offers stylish lodgings perfect for travellers looking for Instabai (‘Instagrammable’) vibes.

If lugging bags around every day seems like a hassle, consider staying in one of the many hostels located in major tourist neighbourhoods around the city. For a few yen more a night than capsule hotels, hostels offer more stylish amenities and a bit more space, in addition to the luxury of being able to leave belongings behind during the day. 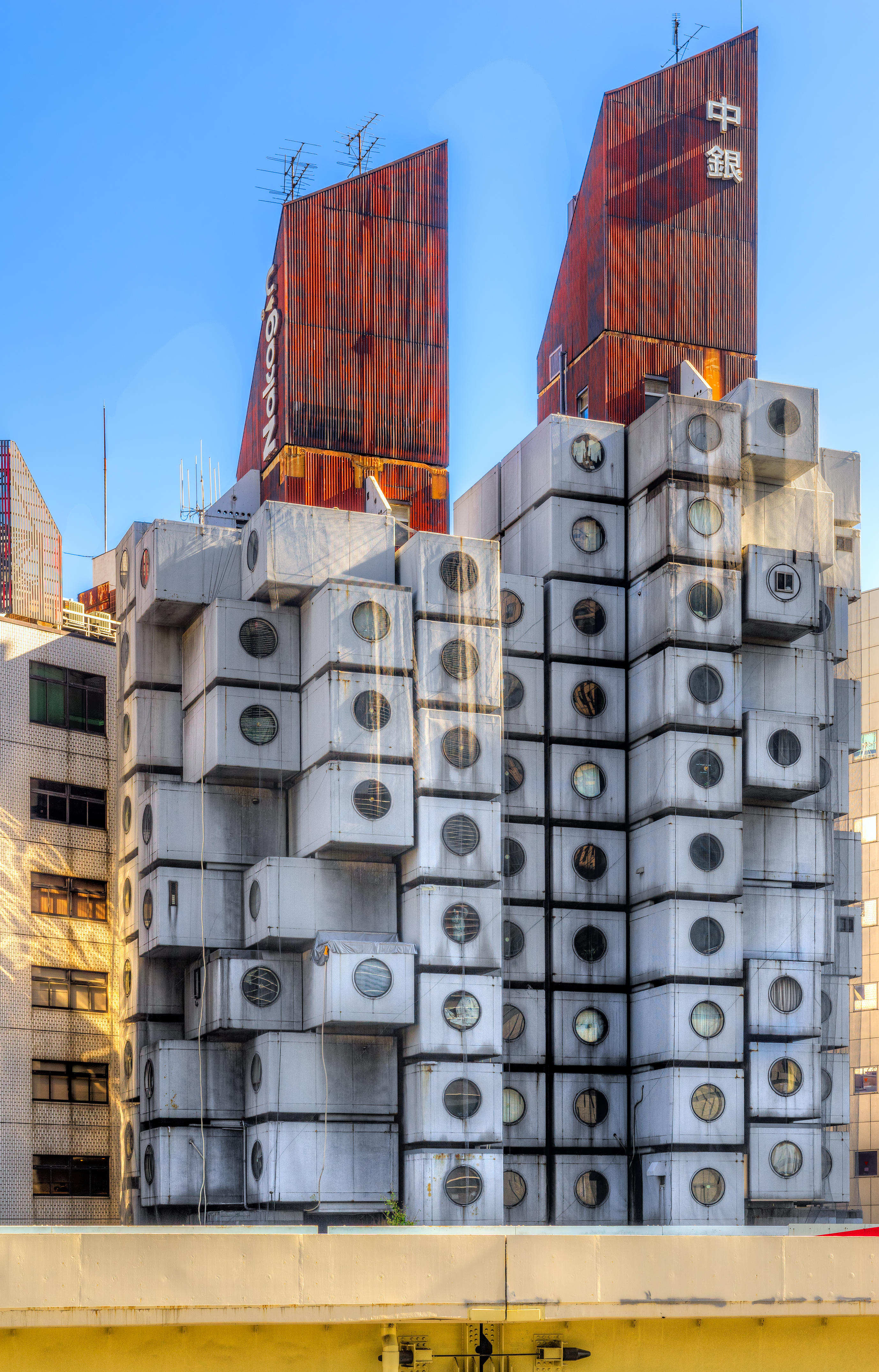 Tokyo has the most Michelin-star restaurants in the world – but it has some of the best cheap eats, too. While travellers often sing the praises of Japan’s famous konbini, or convenience stores, there are plenty of affordable options hiding in plain sight at restaurants throughout the city.

To put together an impromptu picnic, try hitting up a grocery store and picking up a bento box or sushi set, which are usually quite reasonably priced.

For an even better deal, show up shortly before dinnertime hours or just before closing, as many of the prepared food items will be heavily discounted. 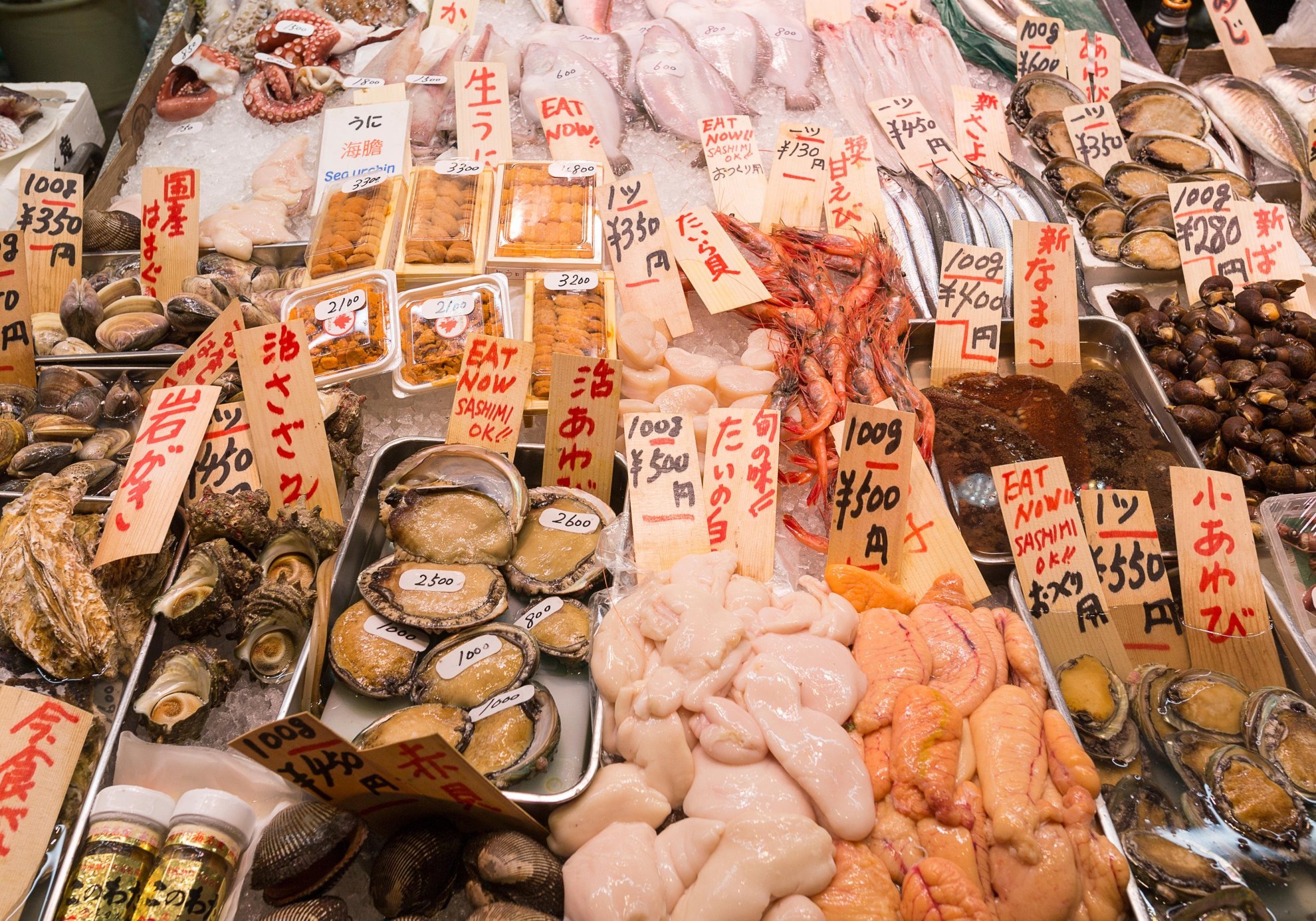 Japan’s plethora of shops, second-hand goods retailers and thrift stores make souvenir shopping on a budget a breeze. Daiso is the most well-known chain in Japan, and the company’s Takeshita Dori location in the heart of Harajuku is a must-visit location for travellers looking for items like magnets, keychains, stationery and other Japan-themed souvenirs. The store also sells kitchen gadgets and homewares, as well as snacks and other foodstuffs.

Looking for a vintage item? Tokyo’s numerous flea markets are a veritable treasure chest of antiques and oddities, including kimonos, tea sets and Japanese pottery. While the vintage market in Tokyo is competitive, bargains are to be found and haggling to be expected. Dedicated shoppers should plan to show up as soon as the markets open for the best deals. The weekly Ohi Racecourse Flea Market is the city’s biggest, while fashion lovers flock to the Yoyogi Park markets, which take place irregularly. 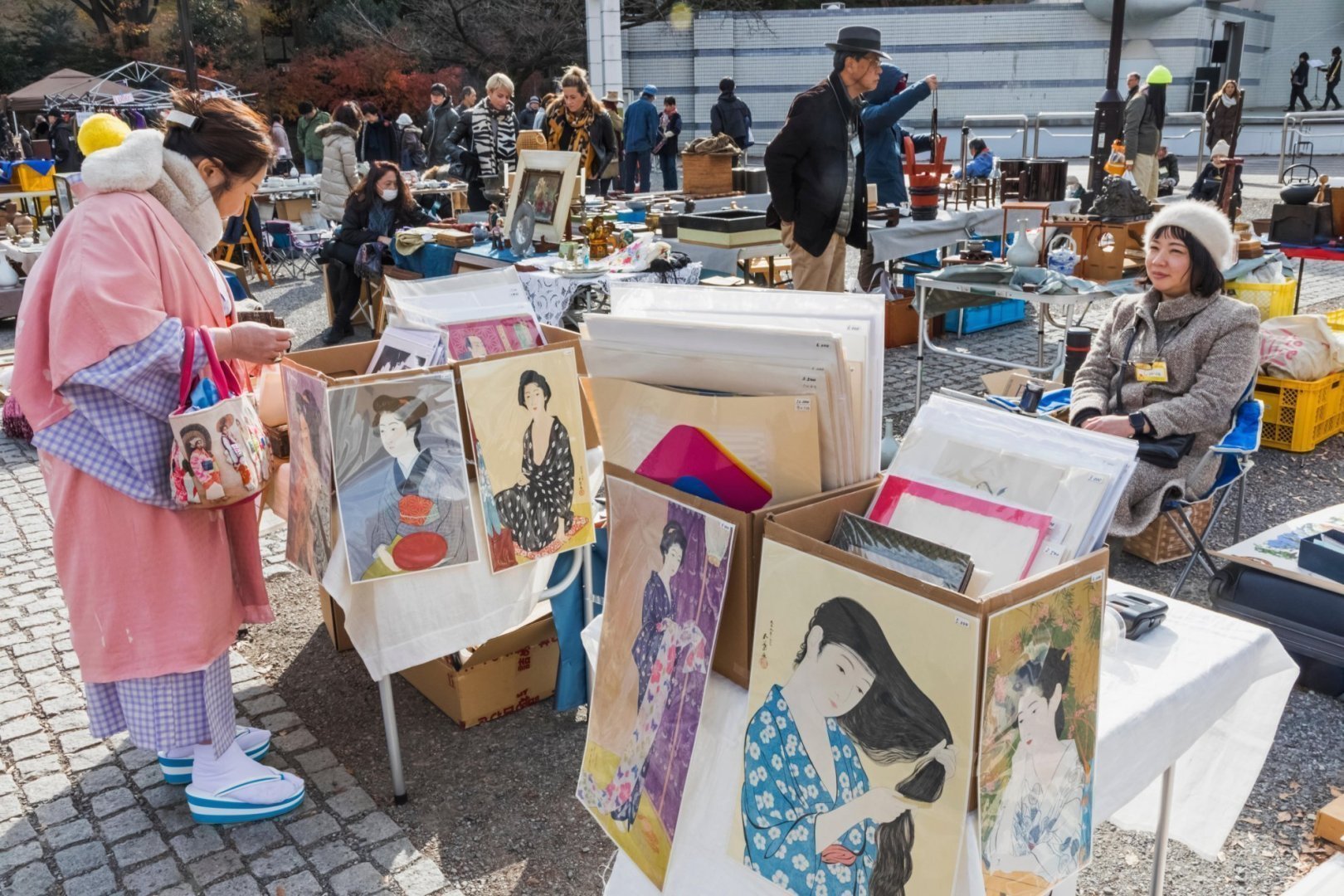 Where to go in Tokyo

After spending cash on hostels, trains and snacks, the average budget traveller may not be able to splurge on a ticket to the top of Tokyo Skytree or admission to the popular teamLab Borderless interactive art exhibit – but luckily, Tokyo has plenty of free attractions to offer, too.

The city’s many Buddhist temples and Shinto shrines are almost always free, with the exception of charged admission to gardens or museums located at some of the larger or more famous facilities.

Strolling the grounds at a shrine or temple is the perfect way to immerse yourself in the rhythm of Japanese life – and for a few hundred yen (¥100 is less than £1), you can purchase a small ormanori, or charm, to remember your visit. The Meiji Jingu complex, located immediately adjacent to Harajuku Station, is Tokyo’s most important shrine, built to honour the spirit of the Emperor and Empress Meiji at the turn of the 20th century.

For those looking for fun, rejoice, for beer is here. Beer lovers can head to Ebisu in Shibuya Ward for a visit to the Yebisu Museum of Beer. While paid guided tours of the facility’s small museum are available, visitors can partake in a self-guided tour for free. In nearby Meguro Ward, the Meguro Parasitological Museum is perfect for tourists interested in scientific marvels and creepy creatures. For something uniquely Japanese, the Sumo Museum in Ryogoku offers a comprehensive overview of the history of the sport.

The best way to cap off a day of sightseeing is to take in Tokyo from one of the city’s many free observation decks. While the Tokyo Metropolitan Government Building in Shinjuku is the most popular lookout, the Sky View Lounge at the Bunkyo Civic Center offers the best uninterrupted views of the city. 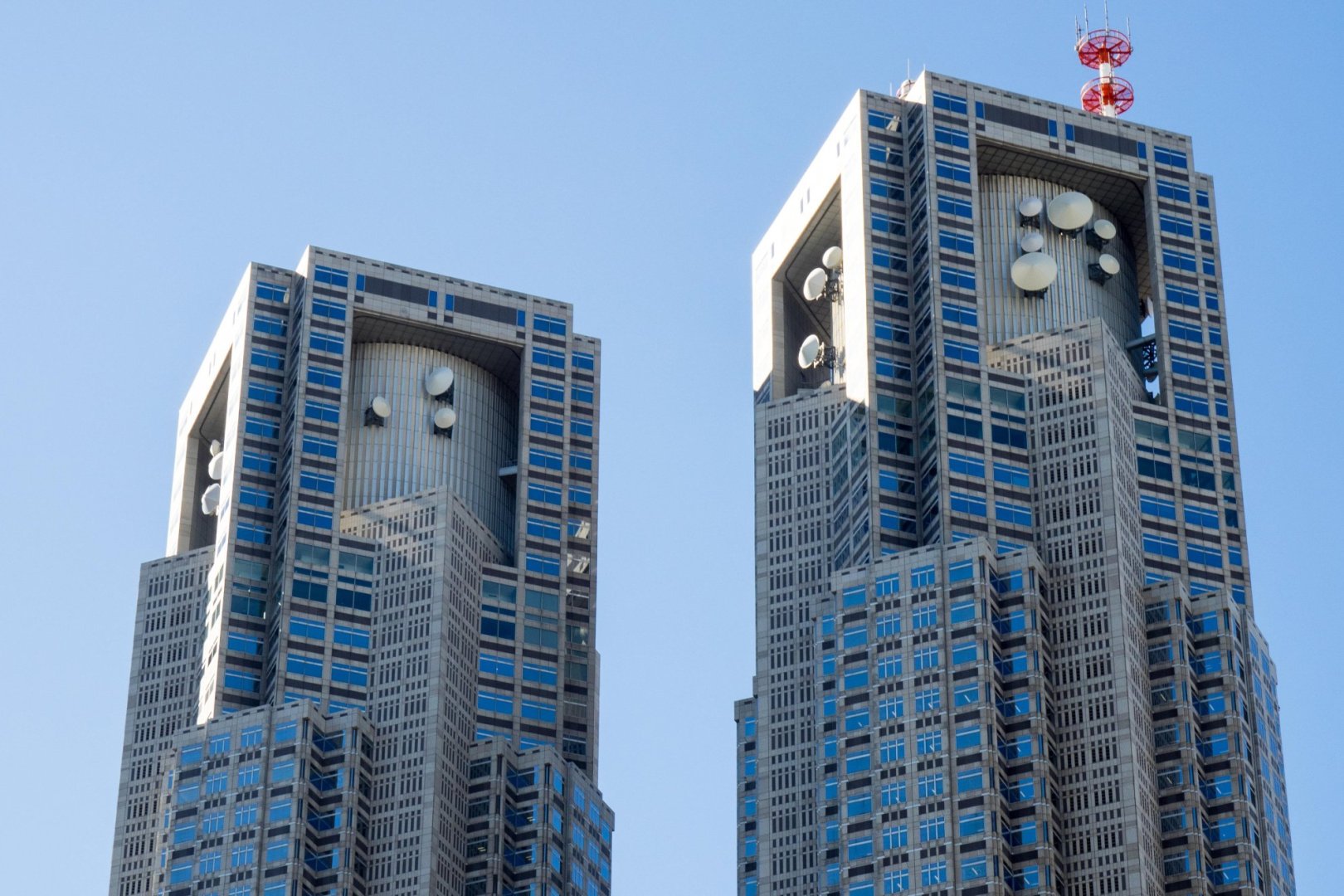