A Brief History of Zojoji Temple In Tokyo 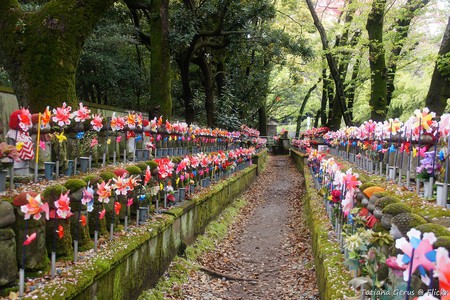 When one finds out Zojoji Temple is the resting place of six shoguns from the centuries-long rule of the Tokugawa Shogunate, the temple’s historical significance is obvious. It is one of the largest and most important Buddhist temples in Japan. In fact, Zojoji is the chief temple for the those of the Jodo Buddhist sect. Learn about the six hundred-year history behind this sacred temple in the heart of Tokyo.

As an institution, Zojoji Temple was founded in 1393. It wasn’t relocated to its current site, however, until 1590. It soon became the family temple of the Tokugawa family, the then rulers of Japan. In addition to functioning as their personal house of worship and ceremonies, the temple served as a religious center for overseeing all studies and activities of the Jodo-shu Buddhist sect. At that time, the temple covered a vast 826,000 square meters of land. In addition to the main temple structures and the Tokugawa’s commissioned grand cathedral, 48 smaller temples and 150 schools were also located on the grounds. 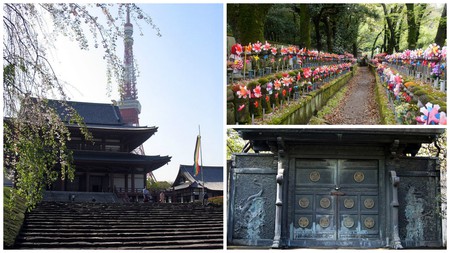 The original buildings, temples, mausoleums and the cathedral were destroyed by fire, natural disasters or air raids during World War II. The Sangedatsu Gate is the only surviving structure but the rest have been beautifully restored. Because of the temple’s prime real estate near Tokyo Tower, the surrounding land has been sold off or repurposed. Nevertheless, surrounded by Shiba Park, the temple grounds always feel spacious. Another of the temple’s standout features is its cemetery for unborn children. The rows and rows of jizo statues represent the souls of children who died before birth. Parents use the statues as a way to say farewell and ease the child’s passage into the afterlife.

And of course, the Tokugawa’s graves and mausoleums can also be found at Zojoji. The original pieces of their graves have been designated as Important Cultural Properties of Japan. With so much history and tradition guarded within, it’s no wonder Zojoji Temple continues to be an important Buddhist and cultural center, and a spectacular monument to the might and power of the Tokugawa family in Tokyo.