A Brief History of the Nagasaki Atomic Bomb 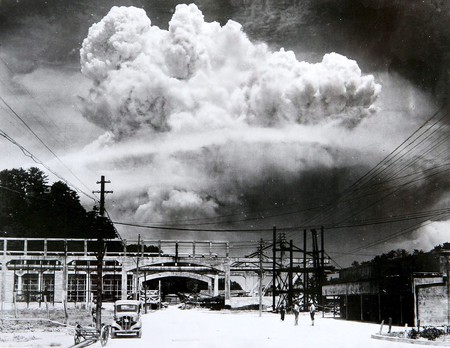 During WWII, the city of Nagasaki was one of the largest and most important seaports in the south of Japan. An active industrial city, a great deal of Japan’s military equipment, ships, and war materials were produced in Nagasaki, making it a target of the Allies. Unlike Hiroshima, most of which had been razed by the atomic bomb dropped by US forces three days earlier, the majority of the city’s buildings were of old-fashioned Japanese architecture and were not meant to withstand an explosion of any kind. We take a look at the events leading up to the bombing of Nagasaki, and how it was instrumental in the surrender of Japan in WWII.

Codenamed “Fat Man,” the atomic bomb detonated over Nagasaki would be the second – and last – nuclear weapon ever used in warfare. The bomb was designed by a team of engineers and scientists in a laboratory using plutonium and dropped from a Boeing B-29 bomber plane named Bockscar, piloted by Major Charles W. Sweeney. Fat Man earned its name due to its wide, round shape, compared to that of the “Little Boy”, which was dropped on Hiroshima. 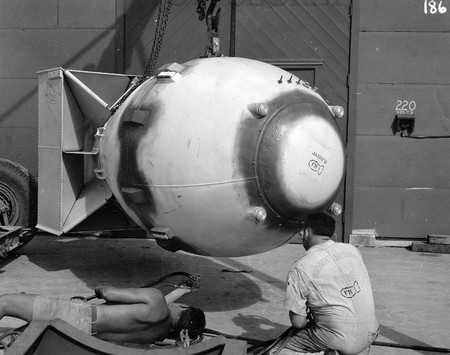 The bombing of Nagasaki

Originally set for August 11, 1945, the date of the attack was rescheduled for two days earlier due to a bad weather forecast. Along with a second bomber plane called The Great Artiste, Bockscar was seen as a minor threat when spotted by Japanese forces on the morning of August 9, who assumed that because there were only two planes, the bombers were only on reconnaissance. At 11:01 am, Bockscar released the Fat Man atomic bomb above the industrial valley of Nagasaki city. Upon detonation, the explosion generated temperatures of approximately 3,900°C (7,050°F) and winds of over 1,000 km/h (620 mph), with a blast radius of about 1.6 km (1 mi). After the initial blast, fires continued to spread throughout the northern part of the city. 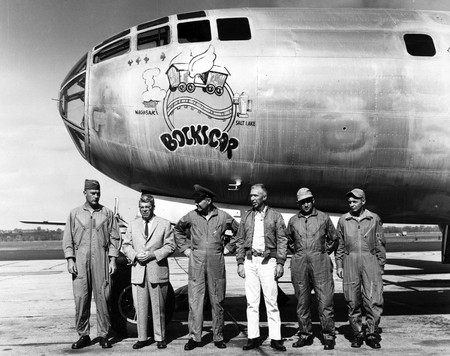 Boeing B-29 Superfortress | National Museum of the U.S. Air Force

Because of a large number of undocumented foreign workers in the area, primarily Korean and Chinese, total casualty estimates range from 39,000 to 80,000. Only 150 casualties were Japanese soldiers. This event, along with the bombing of Hiroshima and the recent prior Soviet invasion of Manchuria, led Emperor Hirohito to announce the surrender of Japan on August 15, 1945. In a speech broadcast across Japan, he discussed the implications of the bombing:

“Moreover, the enemy now possesses a new and terrible weapon with the power to destroy many innocent lives and do incalculable damage. Should we continue to fight, not only would it result in an ultimate collapse and obliteration of the Japanese nation, but also it would lead to the total extinction of human civilization.

Such being the case, how are We to save the millions of Our subjects, or to atone Ourselves before the hallowed spirits of Our Imperial Ancestors? This is the reason why We have ordered the acceptance of the provisions of the Joint Declaration of the Powers.”

The official surrender documents were signed on September 2, 1945, bringing the war to a close. 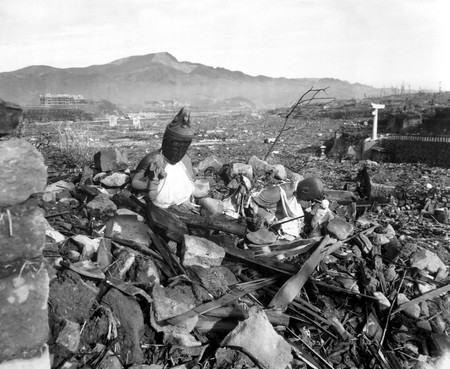