A Brief History of Shinto and Buddhism in Japan 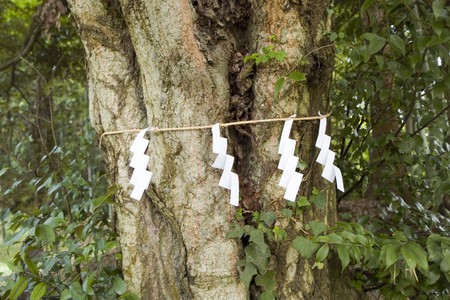 Buddhism and Shinto, two ancient Asian religions, are both prominent parts of Japanese culture. One of the most interesting things about Japanese history is how these two religions, rather than canceling each other out or causing wars, were made to complement each other so that people could practice both without compromising their beliefs. Read on to discover how this peaceful transition came about.

Shinto is the oldest surviving and widely practiced Japanese religion. It’s animistic in nature, meaning that Shinto subscribers believe every object – from humans to trees to rivers – possess a kind of spirit or soul. Shinto practitioners built and dedicated shrines to these kami – rocks, mountains, and other things they believed to be sacred. The Japanese creation myth is Shinto in origin, and many of the most famous deities – Amaterasu, the sun goddess, for instance – also stem from the Shinto tradition. 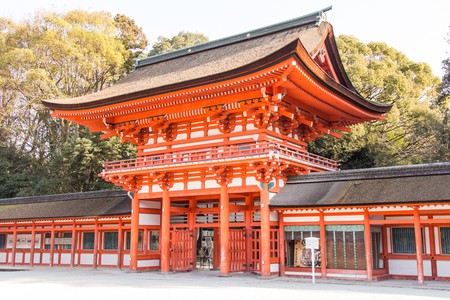 Shimogamo Shrine in Kyoto. The design and bright colors are reminiscent of many Shinto shrines. | © Carla Abanes / Flickr

The Shinto way of life so deeply influenced people’s everyday routines and perspectives, that when Buddhism came over from China in the 6th century, the Japanese rulers who wished to adopt the new religion knew it could be a challenge to convince their subjects to no longer abide solely by the ways of Shinto.

Buddhism, the new religion from across the sea

Buddhism originated in India between the 6th and 4th centuries BCE and today remains one of the most followed religions in the world. Many South Asian countries along the Silk Road were quick to adopt the popular new way of life and it spread quickly through China, who brought it to Japan sometime between 467 and 552 CE.

The already adaptable qualities of Buddhism actually made it easy to reconcile with Shinto; Buddhism had already fused with certain indigenous Indian and Chinese beliefs, for instance. Some Japanese simply saw the Buddha and the faith’s other deities as kami, while others believed kami could achieve enlightenment and transcend their current existence. Combination Shinto and Buddhist complexes were built for worship because of this. 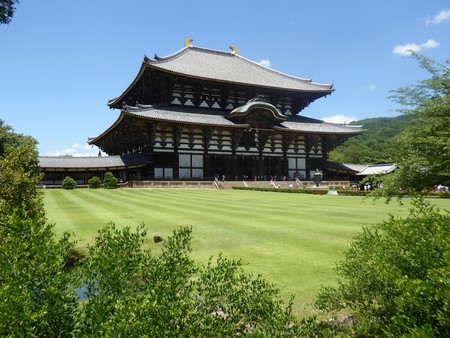 Todaiji Temple in Nara, the location of one of the three great Buddhas of Japan. | © Mikel Santamaria / Flickr

However, conflict was involved initially, though it was more political than ideological. Japan has often experienced war at the hands of rival clans, and the period when Buddhism arrived in Japan was no different. The Soga, one of the most prominent clans in Japan at this time, wished to adopt the new religion, but their rival clans opposed this. War never broke out for this reason; instead, both sides used psychological tactics, like blaming an epidemic on the erection of a Buddhist statue, to discredit each other. This cold war continued for almost 50 years until Japan’s new ruler, Empress Suiko, converted to Buddhism.

The two faiths have since become entwined and have functioned side by side very peacefully, while also retaining their individual titles and traditions.

The two religions were actually formally separated during the Meiji Restoration, a period of ‘modernization’ (Westernization), in the 19th century. However, the two still influence each other and modern life to this day. 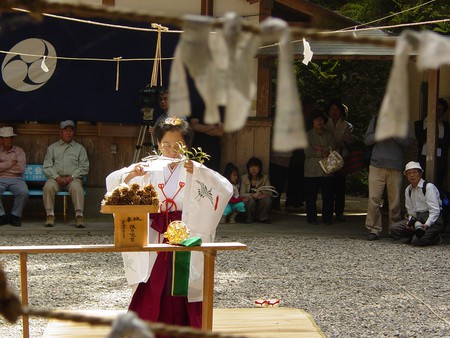 A Shinto priestess prepares an offering to Inari, the god of rice, for the upcoming harvest season. | © Tim Notari / WikiCommons

Many Japanese people have a Shinto wedding ceremony but a Buddhist funeral. Countless local and national festivals that are widely celebrated stem from these traditions. Shrines (Shinto sites of worship) and temples (Buddhist holy places) are equally revered and visited, both by modern-day devotees and tourists. The majority of Japanese people identify as both Shinto and Buddhist. Even for Japanese who don’t identify as religious at all, these ceremonies and practices are so deeply embedded in the culture that most continue to observe them thanks more to tradition than faith. This fact, however, doesn’t dwindle their importance the slightest bit.

Sources:
Shinto in the History of Japanese Religion
Power and Class in Japan, 500 to 1336
Christian Wedding Ceremonies: “Nonreligiousness” in Contemporary Japan