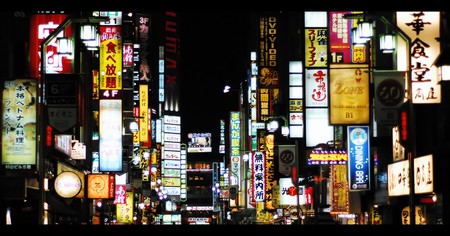 A world of entertainment awaits in Kabukicho. This neighborhood of Shinjuku has long been the playground of Japan’s salarymen, and still has a reputation as an adult paradise because of the many hostess clubs, love hotels and other after-hours entertainment found there. But Kabukicho wasn’t always the red-light district it is today.

During the Second World War, the residential area that would one day become known as Kabukicho was decimated. In the post-war era, the government had to come up with ways to repair and reconstruct this and many other sections of the city. Kihei Suzuki, leader the Association of Readjustment and Reconstruction of Shinjuku, had high hopes for Kabukicho, then known as Tsunohazu. The ARRS had plans to turn the area into an entertainment district, and one of the things they wanted to accomplish was to construct a kabuki theater. Inspired by this, Hideaki Ishikawa, one of the city’s planners, thought up the name “Kabukicho” – Kabuki Town, or Kabuki Neighborhood. The name stuck, and Kabukicho was officially formed on April 1, 1948. 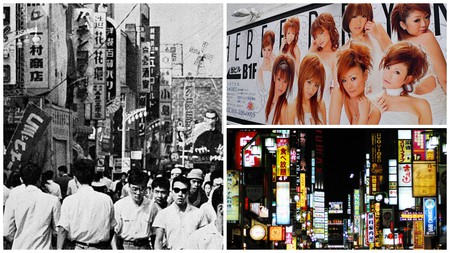 Kabukicho never did get its kabuki theater. It did, however, get an enka theater and the Tokyo Bunka Kaikan (Tokyo Cultural Center). It was full of arcades, discotheques and the city’s largest movie theater – a proper entertainment district, and the realization of Suzuki’s dream. But the mid-1980s and the New Entertainment Business Act changed Kabukicho drastically, as more and more adult businesses began setting up shop. In 1989, the host and hostess club industry really took off, and Kabukicho embraced its new destiny as an adult entertainment and red-light district. It hasn’t looked back since.