A Brief History Of Akasaka Palace 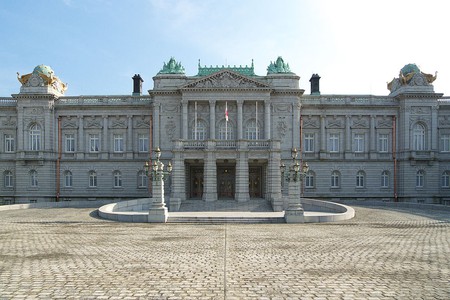 The Akasaka Palace or State Guest House (Geihinkan), as it is now known, is a National Treasure of Japan. The historic building was originally intended as the residence of the male heir to the Emperor’s throne, but later became a place for the government to house visiting officials. Akasaka Palace continues to play a vital role in Japan‘s diplomatic relations with the world.

The land where Akasaka Palace is now situated was once the property of the Tokugawa clan. It was given to the Imperial Household near the end of the Meiji Restoration, a revolution that sought to restore power to the Imperial Throne. Akasaka Palace took ten years to finish, and its construction was completed in 1909. The main building bears a striking resemblance to Buckingham Palace, and is Japan’s only example of neo-baroque architecture. Emperor Hirohito, also known as the Showa Emperor, lived there for five years as Crown Prince before being officially appointed to the throne.

After World War II, the building came to be used as a multipurpose building for the Japanese government. Multiple official offices were set up, such as the Cabinet Legislation Bureau and the National Diet Library. It was also used for temporary offices, such as the planning committee for the 1964 Tokyo Olympics.

Later, as Japan further opened its borders to the world, the need for a state guesthouse for visiting officials, dignitaries, and other VIPs became apparent. At the time, what is now the Tokyo Metropolitan Teien Art Museum was being used for the purpose. The renovation of Akasaka Palace from humble home of the Crown Prince to State Guest House was finished in 1974. Gerald Ford, then President of the United States, was one of the first guests to stay at the newly opened estate.

Akasaka Palace continues to welcome esteemed guests and host government conferences, such as the APEC and G7 Summits. It is one of only two state guest houses in Japan. It opens sporadically throughout the year and encourages advance applications to gain entry to the main building, but this isn’t necessary to view the garden on opening days.