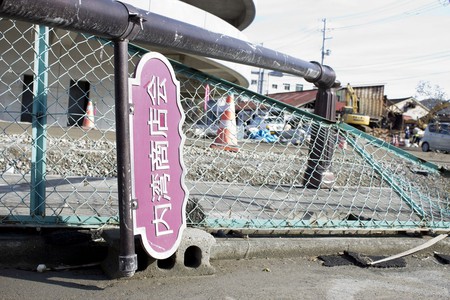 Kesennuma after the earthquake and tsunami of 2011 | © Yuichiro Haga / Flickr

Japan is a country that has experienced more than its fair share of natural disasters, and in doing so they’ve become one of the best prepared nations on earth. When you compare the amount of disasters that have hit the nation, plus the population density, and compare it to the fatality rate, the modern numbers are actually surprisingly small. The ability to innovate, invest, educate, and learn from past mistakes has made Japan the most earthquake-ready country in the world.

Given the regularity of earthquakes in Japan, all houses are built to withstand some level of tremor. Houses in Japan are built to comply with rigorous earthquake-proof standards that have been set by law. These laws also apply to other structures like schools and office buildings. It’s said that around 87% of the buildings in Tokyo are able to withstand earthquakes.

Many structures are built to become a little more flexible if hit by a tremor, and some structures are built on Teflon, which allows buildings to move with the shock, while still others feature inflated, rubber, or fluid-filled bases, which can absorb shock. Tokyo’s famous Skytree was built to withstand natural disasters by mimicking the shape of ancient wooden pagodas, which have survived through centuries of earthquakes.

Every smartphone in Japan is installed with an earthquake and tsunami emergency alert system. Triggered around five to ten seconds prior to the impending disasters, it’s meant to give users time to quickly seek protection if necessary. The system chants “Jishin desu! Jishin desu!” (translating to “There is an earthquake”) until the earthquake stops.

Japan is a train-dominated country and their network of shinkansen (bullet trains) are the transport of the future, whizzing across the countryside at an eye-watering pace. To ensure the safety of all passengers, the trains are equipped with earthquake sensors that are triggered to freeze every moving train in the country if necessary. In 2011, when a 9.0 magnitude quake hit Japan, there were 27 moving shinkansen in action. Every single train was triggered by smaller pre-quakes and stopped before the major quake hit, resulting in zero deaths or even injuries.

If an earthquake hits the nation, all of Japan’s TV channels immediately switch to official earthquake coverage, ensuring that that population is well informed on how to stay safe. The coverage delivers info on the quakes, where to seek protection, and whether any tsunamis are approaching, giving citizens time to retreat to higher ground.

Awareness and education on disaster prevention

Just as other schools around the world may hold emergency fire drills, schools in Japan run regular earthquake drills, some as often as once a month. From a young age, schoolchildren are educated on the best way to seek protection and stay safe if an earthquake hits their area. The most common method during the drills is for children to get under their desks and hold onto their table legs until the quake is finished. If playing outside, children are taught to go straight to the centre of an open space to avoid getting hit by falling debris.

There are also field trips in Japan, where local fire department personnel put children in earthquake simulators, so they can identify the feeling of a quake from a very young age.

Another way Japan helps protect its population against future natural disasters is by learning from past events. In 1995, the city of Kobe was struck by the completely devastating Great Hanshin Awaji Earthquake, which killed 5,000 people and destroyed tens of thousands of homes. Following the rebuilding of the city, Kobe also constructed the Kobe Earthquake Memorial Museum.

Built to remember the people lost during the disaster, it also runs as an education centre filled with useful displays and educational facilities on disaster prevention and survival.

How each household prepares for an earthquake varies; however, many homes are stocked with earthquake survival kits. Stocked with first aid equipment, bottled water, food rations, gloves, face masks, insulation sheets, survival tools like torches, and even radios that broadcast regular updates. You can pick up all the necessary supplies for survival kits from most drugstores or lifestyle stores like Don Quixote or Tokyu Hands.

One of the most impressive feats of engineering is Tokyo’s little-known Water Discharge Tunnel located on the outskirts of the city, sitting patiently underneath a soccer field and skate park. This large hidden tunnel collects flood waters caused by natural disasters like cyclones and tsunamis and safely redistributes the water into the Edo River. This means if the area is hit with an earthquake and triggers a tsunami, the city should be spared any major flooding. It took 13 years to build and cost US$3 billion, but you can’t put a price on how many lives it promises to save.