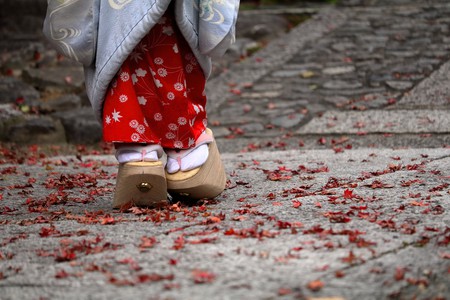 Until the twentieth century, traditional footwear was used exclusively in Japan for thousands of years. Nowadays, these classic shoes are still the best choice when wearing traditional Japanese clothing, from casual yukata to formal kimono. We round up the most common types and their uses.

Waraji are sandals woven from straw. The most traditional material is rice straw. These sandals can also be worn with tabi, the traditional Japanese split-toe socks. Ropes made from the same material wrap around the ankles and bind the sole securely to the foot. During the Edo Period, samurai and commoners alike wore these practical shoes. These days, waraji are only worn for festivals, cosplay or occasionally by Buddhist monks. 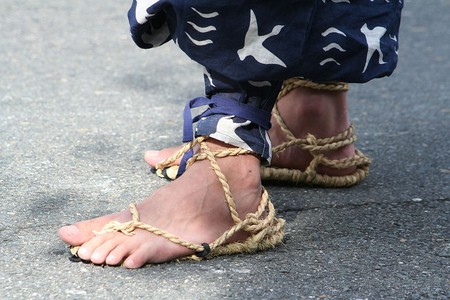 In the past, geta had the practical use of keeping your kimono off the ground and away from puddles, snow and dirt. Over time they’ve become the more casual type of traditional shoe and most suitable for yukata, the light summer kimono. What all geta have in common is a wooden base, but there are tens of different types of geta. Here are a few of the most well-known ones.

Hiyori geta are the classic, everyday geta. They usually have a rectangular base and two wooden teeth that run perpendicular to the base’s long side. These low geta were traditionally worn in good weather. They can be lacquered with colored hanao (straps) or unfinished, natural wood. Some modern everyday geta styles do not have any teeth at all, just a wooden base. Wearing tabi is optional. 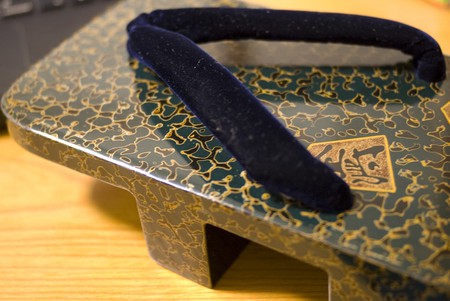 Taka-ashida geta are similar to hiyori geta. These sandals were meant to be worn in rain and poor weather, so their two teeth are very tall and thin. With today’s paved roads and street drains keeping mud and puddles to a minimum, there’s little need for taka-ashida.

Geta with a single long tooth are nicknamed tengu geta, as the tengu demon from Japanese mythology is usually depicted wearing these. They take practice to be able to walk in, and are mostly reserved for actors, traditional dances, festivals or costumes. 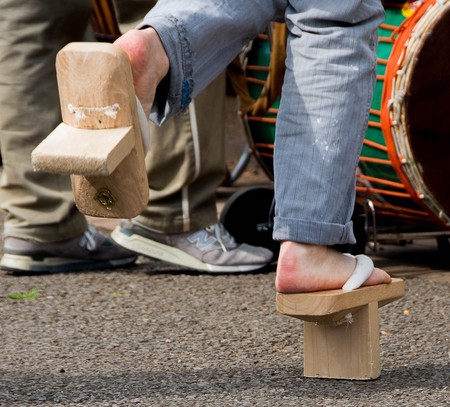 Pokkuri geta have a large base cut from a single piece of wood. The inside is hollow and may contain a small bell or tinkling noisemaker so the wearer makes sounds when they walk; pokkuri is onomatopoeia for the sound these shoes make. These are women’s geta and rarely worn except by maiko. Maiko’s geta are known as okobo. They are usually worn with tabi. 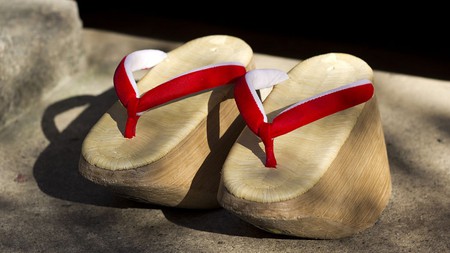 Okobo with the red straps of a new maiko | © Japanexpertna.se/WikiCommons

Zori are the best choice for kimono, but they can also be worn with yukata. These rounded sandals can be made from vinyl, cork, brocade or any number of modern materials. Traditionally, zori are low but modern styles can have platforms in varying heights. The more informal zori usually have a black or colored thong while the formal styles are white. Zori look best with tabi.

Warazori are similar to waraji in that they are made of the same straw material, but are closer to a flip flop in shape. They are the precursor to the modern zori. 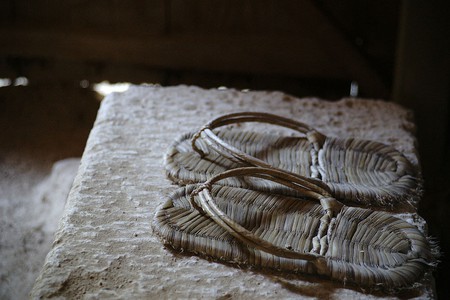 Jika-tabi were invented and popularized during the 1900s. These outdoor shoes are modeled after tabi, leading to them being called “tabi boots” in English. They are sometimes worn by people who work outside, like rickshaw pullers who need to move fast and grip the road, something that would be difficult in traditional sandals. They’re also popular with construction workers. 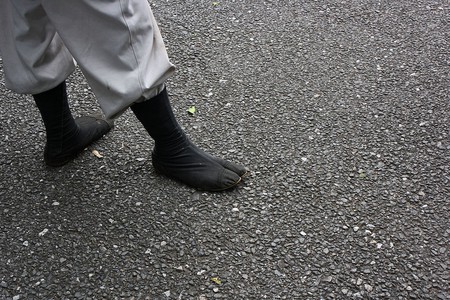