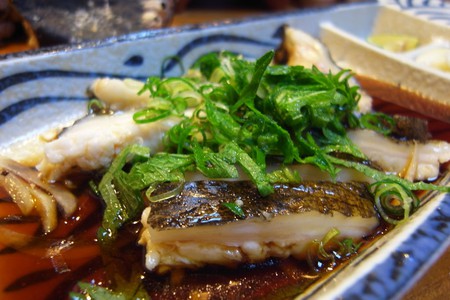 The remote Kochi Prefecture in Southwest Japan, on the island of Shikoku, might not offer much in the way cosmopolitan attractions or big-city entertainment, but the bounty of its local seafood and agriculture make it a top destination for excellent food and drinks. Previously known as Tosa, the region’s traditional foods are referred to as tosa ryori, meaning “Tosa cuisine.” Here are eight traditional foods and drinks to try.

Kochi’s most famous local food, katsuo-no-tataki, is a dish of skipjack tuna or bonito fish grilled over a straw flame and served seared on the outside and rare in the center. The grilled katsuo fish is thickly sliced and coated either in sea salt or a ponzu soy sauce. It’s then garnished with condiments, such as thinly sliced raw onion, scallions, grated wasabi, shiso (perilla) herb and myoga ginger. 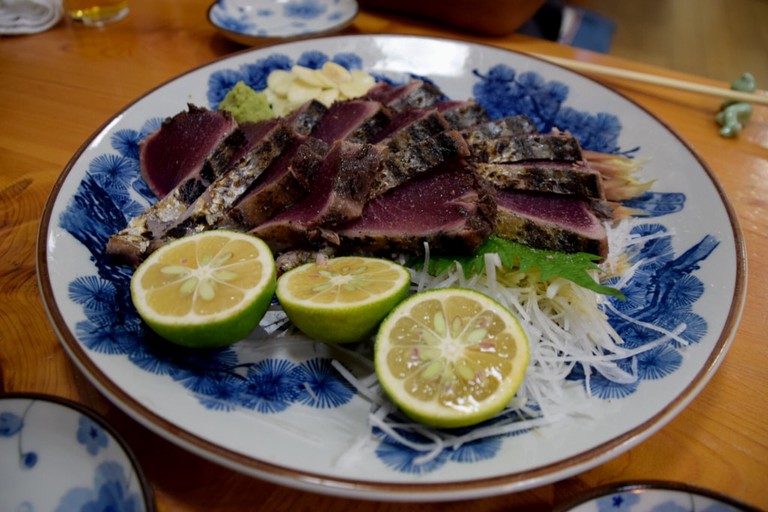 Sawachi ryori is a smorgasbord of seafood, featuring a large platter with different kinds of sashimi, shellfish, and katsu-no-tataki. Fresh tai (sea bream) is often included for special occasion platters, as tai is a symbol of celebration in Japan. 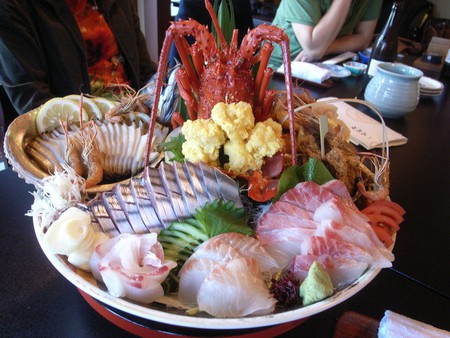 Nabeyaki ramen is unique to Kochi prefecture. Although, ramen is typically served in a bowl, nabeyaki ramen is served hotpot-style in a single-serving donabe clay pot. The soup is made from chicken broth and soy sauce and is served with thin al dente egg noodles, chikuwa fish cake sliced into rings, spring onion and a raw egg. The ingredients are simmered together in the donabe pot and brought hot to the table.

Hamo, or dagger-tooth pike eel, is a summer ingredient that became popular in traditional Kyoto cuisine. It’s also local to Kochi, where it’s freshly caught and deboned and then poached and served with a dipping sauce made from ume plum. 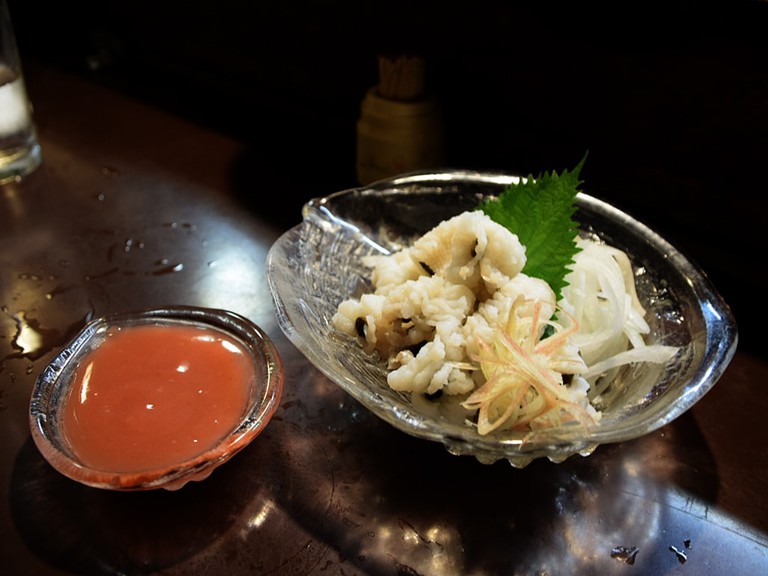 Utsubo karaage is fried moray eel, the same kind of eel as Flotsam and Jetsam from Disney’s The Little Mermaid [1989]. The eel is cut into bite-sized pieces and deep-fried until the skin and bones become tender. It can also be dipped in tempura batter before frying. Who knew the faithful sidekicks of your favorite childhood villain could be so delicious? 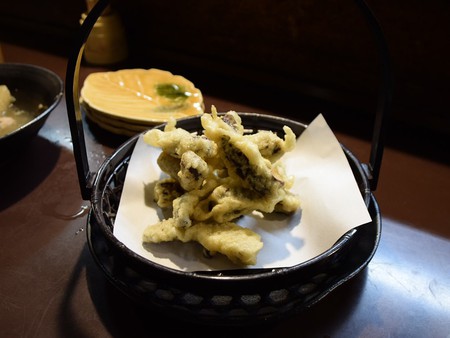 Ice Crin is an old-fashioned style of Japanese ice cream that’s something of a cross between ice cream and kakigori (shaved ice). It has a lower milk fat content and airier texture than ice cream but a richer flavor than shaved ice. The dessert first became popular when ice cream was brought to Japan by a group of Japanese envoys who traveled to America in 1860. However, it has largely disappeared throughout the rest of the country and is now primarily considered a local Kochi treat.

Kochi’s mild climate is well-suited to citrus varieties that can’t be grown elsewhere in Japan. One such type of citrus fruit is the Tosa buntan (pomelo), which can grow to a large size and has a grapefruit-like flavor. It’s in season between October and April and can be enjoyed fresh or candied or made into jelly or jam.

The refreshing flavor of yuzu, a type of sweet and lemony citrus fruit, is perfect for quenching your thirst in the hot Kochi summer. Enjoy freshly squeezed juice and yuzu zest in sodas, cocktails and even yuzu beer. 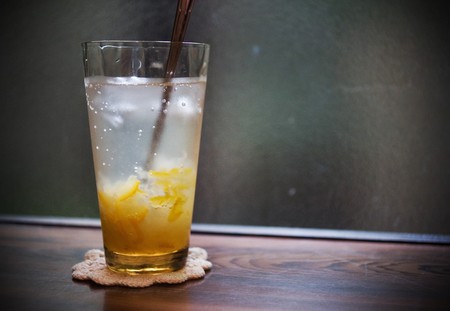