8 Great Reasons Why You Should Visit Ishigaki in 2018 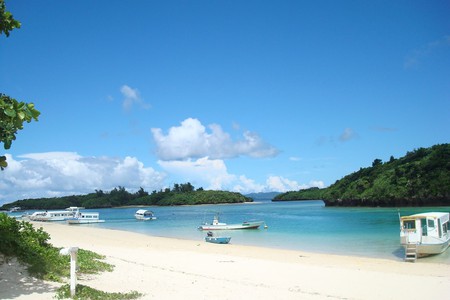 If Japan has been on your ‘must-visit’ travel list for a while now, then 2018 is set to be the year to tick it off. With a booming tourism influx that’s predicted to grow in the forthcoming years, you’d better get in now before it’s overrun. Though the hustle and bustle of Tokyo is fascinating, and the rich cultural history of Kyoto is captivating, Japan is full of so many other hidden gems just waiting to be discovered, and Ishigaki Island in Okinawa prefecture is just the stunning tip of the iceberg.

With its many beaches, fascinating culture and unique food, Okinawa prefecture, Japan’s southernmost prefecture has long been a beach holiday staple for Japanese locals since the beginning of time. However, given the results of TripAdvisor’s recent findings, there’s one pocket of Okinawa that is gaining popularity outside of the country: Ishigaki Island.

Using a specially designed algorithm to measure the year-on-year increase in positive reviews to uncover the top ranked destination, TripAdvisor just announced this week that the beach-covered Japanese island was the number one spot. The algorithm takes into consideration positive reviews of accommodations, restaurants, attractions and online interest to discover that Ishigaki was top of the world’s ‘on the rise’ hotspots. In 2016, the island welcomed a whopping 8.77 million people in 2016. Pretty impressive stuff.

A corner of Japan you’d never expect to discover

What makes Ishigaki so unique is that when you look at typical Japanese holiday destinations, it’s truly a place you’d never expect. Filled with white sandy beaches and rich mangrove forests, you’d be forgiven for mistaking a photo of the area for Hawaii or potentially even Fiji. This almost otherworldly pocket of Japan is one of the reasons it makes an ideal escape for holiday hunting locals and adventurous travellers.

Every corner of Japan is home to its own unique dish and Ishigaki is no different. In fact you could argue that the Okinawa prefecture is home to some of the most unique dishes in the country. Thanks to its friendly climate and beach-loving culture, the seafood and fresh produce you can find here is unlike anywhere else in the world.

‘Yaeyama soba’ is the area’s signature dish. Getting its name from the Yaeyama Islands, in which Ishigaki is based, this unique flour-based soba is popular with local tourists as it’s a little different from the rest of the nation’s ubiquitous buckwheat soba. If you do make it to Okinawa, you also have to try umi budo, aka sea grapes, green caviar, or caulerpa lentillifera. It’s a type of seaweed with easy to pop salty bubbles that’s meant to taste great as a beer snack.

Ishigaki is home to beaches that would give Hawaii run for its money. Sandy beaches, rocky beaches, snorkeling beaches, you name a type of beach and chances are it’s here in Ishigaki. Yonehara Beach is the area’s most famous, but to explore something a little different be sure to check out Emerald blue Kabira Bay where you can ride a glass bottomed boat and witness the underwater world below.

… and also a taste of the rainforest

If by some crazy reason travellers get tired of lounging around on the beach, Ishigaki is also home to Maetake, a rainforest hideout right on the island. Located on the northwestern part of Ishigaki Island, it’s like stepping into a rainforest right off the beach. Well-maintained walking trails line the mountain face, meaning that even if you’re a hiking newbie you’ll get around just fine.

Okinawa is home to a number of different islands, some a lot more isolated and difficult to access than others. It’s this feeling of isolation that makes this chilled-out prefecture feel worlds away from the manic energy of Japan’s big cities. Also maybe it’s this laid-back atmosphere that’s the cause for the long life of Okinawa’s locals.

Being the transportation hub of the Yaeyama Islands, Ishigaki has the feeling of being an isolated hideout without the headache of having to make difficult travel arrangements. Ishigaki is home to an airport located just ten kilometers from the city centre, so once you land, that’s it – no connecting ferries, no small planes, you’re on holiday. That said, if you want to go out further, this city is the ideal place from which to springboard to other locales in the area.

Its history is unlike the rest of Japan

Okinawa has had one of the most diverse histories out of all the prefectures in Japan. Prior to its incorporation into Japan, the island was under the rule of the Ryukyu Kingdom. Greatly influenced by neighbouring China, the remnants of the Ryukyu Kingdom still exist today in the area’s architecture, food, dialect and culture.

A perfect example of this is the popular historic site Tojinbaka, a public memorial site for the 300 Chinese labourers who were meant to visit the Americas as mine workers, but were massacred in the mid-1800s.

Tojinbaka, a memorial monument to 300 Chinewe coolies from Fujian Province who crashed their slave ship on Ishigakijima, and had their American and Brirish captors chase them down and kill the majority of them. Locals took in some, and few survived in the mountains. #tojinbaka #coolies #fujian #coolielabour #china #slave #slavetrade #ishigaki #ishigakijima #okinawa #japan #nippon #nihongo #arigato #sayounara #konbanwa #tokyo #naha #kyushu #wakkanai #beach #sun #tan #unprofessional

Unlike more tourist trap beach destinations, Ishigaki is still very much a doable holiday on a somewhat restricted budget. Home to a number of hostels, seasonal discounts, locally priced food, and one-way fares starting at around 6,500 yen (US$58), if you do the homework, you can have a luxury holiday on a low-key budget.