8 Baseball Teams You Should Watch in Japan 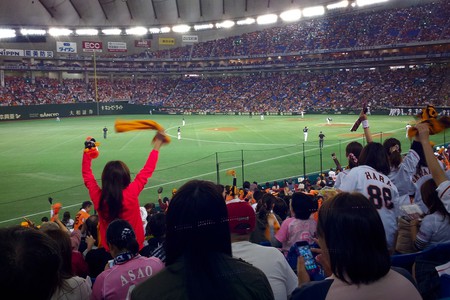 A Japanese baseball game is an experience unlike any other. Even if you don’t follow Nippon Professional Baseball (NPB) — in fact, even if you’re not a baseball fan to begin with — you should definitely check out a game while you’re in Japan. Here are eight baseball teams whose home field atmospheres will have you cheering along with even the biggest fans.

The Yomiuri Giants, nicknamed the ‘Kyojin’, are one of the top professional baseball teams in Japan. They play in the Tokyo Dome, the largest roof-covered dome in the world. Even if you’re not particularly interested in baseball, the Tokyo Dome complex where the Kyojin play offers plenty to see and do, including an amusement park with roller coaster and Ferris wheel, a planetarium, and a hot spring resort styled after an island getaway. 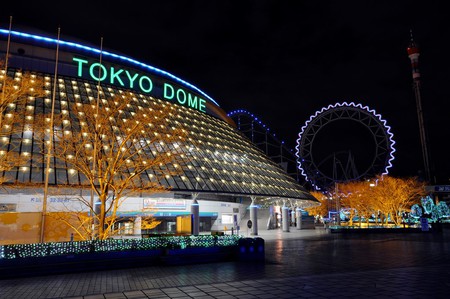 The Yakult Swallows are a bunch of lovable losers who frequently find themselves at the bottom of league standings, but that doesn’t mean you should pass up an opportunity to watch them play. The Swallows’ home field is Meiji Jingu Stadium, a traditional baseball park where legends such as Babe Ruth and Joe DiMaggio have come to play. The historical stadium lacks a covered roof to keep the rain away like the more modern and expensive Tokyo Dome — a fact that Swallows fans celebrate with an ‘umbrella dance’ each time their team scores a run. The absence of a roof also means you can catch fireworks at the ballgame during the summer! 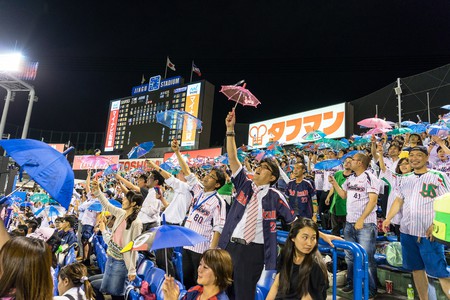 The Hanshin Tigers are considered by many to be the ‘it’ baseball team to follow in Japan. Their fan base is lively and enthusiastic – nearly rambunctious – as to be expected of a bunch of Osakans, but the Tigers’ popularity spreads far beyond the Kansai area. They have a long-standing rivalry with the Yomiuri Giants that plays up the ‘conflict’ between Tokyo and Osaka, so a Kyojin vs. Tigers game is one that can’t be missed. 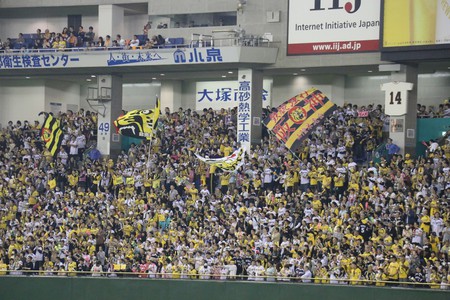 The Toyo Carp play in the newest professional ballpark in Japan, Hiroshima Municipal Stadium, which opened in 2009. The locals have a lot of love for their home team and cheer them on noisily with drums and trumpets. If you’re a fan of American baseball, then there’s a good chance the Carp mascot SLYLY will strike you as familiar. That’s because this mischievous blue-green mascot was created by the same company that designed the Philly Phanatic. 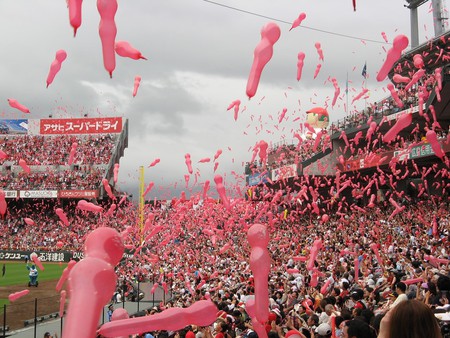 If you’re in Fukuoka, there’s no reason not to catch a game of reigning Japan Series champions, the Softbank Hawks. One of the strongest teams in Japanese baseball in recent years, they’ve won three of the past four championship titles. If you go to a Hawks game, you’re more than likely to enjoy a home team win.

The Kochi Fighting Dogs aren’t a part of NPB, but the Shikoku Island League Plus. Perhaps the major draw of this independent professional league team is Dominican-American baseball legend, Manny Ramirez, one of the greatest right-handed hitters of a generation. While Ramirez reportedly doesn’t train with the rest of the team, but just shows up to games to slam homers out of the park, if you’re in Kochi then you shouldn’t miss the chance to see this living baseball legend (and maybe even catch a home run ball).

The Rakuten Golden Eagles play at Miyagi Baseball Stadium, a ballpark designed to be entertaining whether you’re a fan of baseball or not, with a ferris wheel and merry-go-round. Not only are you supporting the local Tohoku economy by catching a game here, but you may just run into the elusive ‘Mr. Black Eagle’ a Rakuten fan who became such a viral hit in Japan that the team declared him an official team mascot on ‘Black Eagle Days’.

No, they don’t fight with lunch meat — rather, Sapporo’s local baseball team is owned by the company Nippon-Ham. The team has had two of the most electric pitchers in Japanese baseball, Yu Darvish and Shohei Ohtani, both of whom made the move from NPB to the major league in America. Ohtani (pictured below, second from the left) led the Fighters to their most recent Japan Series championship in 2016. Catch them at Sapporo Dome.