7 Tropes That Happen in Just About Every Anime 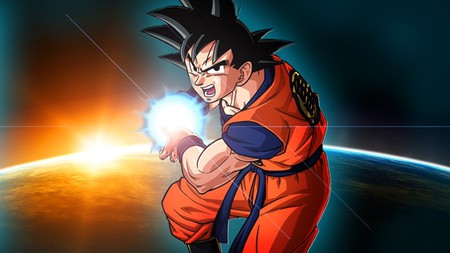 As the old saying goes, stereotypes only exist because they’re true. Anime is no stranger to its share of archetypes and tropes. Here are some of the most easily identifiable examples from across the medium.

Not quite as steamy as the label would lead you to believe, The Harem refers to any scenario where one or more attractive females are vying for the affections of a male protagonist. Such a state of affairs is wishful thinking for many young men, Japanese or not. Usually, the male in Harem anime is almost always young, clumsy and stupid (and ironically, hardly proficient when it comes to any kind of intimacy). If he’s not any of the above, then he is so emotionally unavailable that it will take the sincerest efforts of a doe-eyed ingenue – and several meaningful strolls amid cherry blossom trees and deserted playgrounds – before he sees sense.

Two men enter, one man leaves. But not before multiple flashbacks, narrative twists, agonised moralising, villain gloating, multiple transformations and other such padding designed to spin a single fight out over the course of several instalments, even though the ‘real-time’ of the fight itself is somewhere in the neighbourhood of mere minutes. This tactic has many functions, one of them being to rinse otaku for their time and money, but also to amp the drama up to near-unbearable levels of anticipation. Of the many, many Shonen shows that deploy this questionable device, none are more guilty than Dragon Ball Z, which famously stretched its climactic duel between Goku and Frieza out over a stupefying 19 episodes.

Like a Japanese porn star leaving the industry behind to focus on less messy pursuits, FE is the domain of any anime that was adapted from adults-only source material, whether it’s a visual novel or video game. There are still plenty of young women with an over-abundance of bosom, but the elements which may make okaa-san shriek in disgust and disconnect the TV are toned down in favour of something which more closely resembles Harem or Bishojo anime. Fantasy and sci-fi make suitable rehabilitation environments for FE, as extravagantly clothed (and proportioned) girls and boys do battle with comically oversized weaponry, which itself may or may not be some sort of sexual metaphor.

As seen in: Boku wa Tomodachi ga Sukunai, No Game No Life

So Freudian it hurts, SLS involves a cute little sister. She’s so cute, in fact, that her charms (be they in looks or personality) are displayed to the point of fetishisation. This may seem downright odd to outsiders, but makes sense when looked at in the context of a country with some of the loneliest men in the developed world. Typically, the little sister will either be a stepsister, cousin or super distant relation (thereby presenting a complex moral dilemma for a sex-starved older brother), or they will be so kawaii that their sweetness may well bring about some type of diabetes. As with many male-female power fantasies in anime, it’s usually the female who does all the work, initiating any sort of romance with the older man (however dubious), while at the same time fending off the advances of legitimate love interests who may steal her ‘man’ away from her.

As seen in: Stein’s Gate, The Girl Who Leaped Through Time, Madoka Magica

Here, heroes or heroines find themselves stuck in a time loop, or some other sort of chronological displacement, forced to repeat events again and again. Sometimes used in science fiction, but the Loopers motif occasionally appears in what would otherwise be termed Slice Of Life anime, where the protagonist is too blind to their own shortcomings and must be taught some sort of life lesson via extraordinary means à la Bill Murray in Groundhog Day.

In Japan, after-school clubs are a huge part of life for high schoolers. Far from being a means to let their hair down and blow off some steam after hours of cramming, teenagers pour vast reserves of energy into these clubs and treat them just as seriously as they would do their studies. Reflecting this, there are numerous shows set in and round such organisations. The viewer can expect a super-upbeat pop-punk theme song and a colourful cast of characters, all of whom have something to prove in their discipline of choice. At least one of the protagonist’s peers will have some natural gift for their pastime which borders on the supernatural, and the idea of a love interest takes second place to the need to prove oneself no matter how great the cost! Ganbatte!

As seen in: More titles than than there are space to list in this feature.

One of the most prevalent, contrived and tiresome clichés in an entire medium. Like Russ Meyer only without kitsch (and far more high schoolers), the concept of young women who suffer from an over-abundance of mammaries is one which can pop up in almost any Japanese animation anytime, anywhere across multiple genres. The desired effect is titillation (no pun intended) and nothing else. Distressingly, from the neck up, these females are meant to look as youthful and innocent as possible (at least PlayStation-era Lara Croft always looked like she was ready to kick some arse) but from the neck down they have the kind of appendages which not even the most gifted plastic surgeon could bring into being. Unsurprisingly, anime fans in Japan have identified this as one of many anime tropes of which they are growing weary.