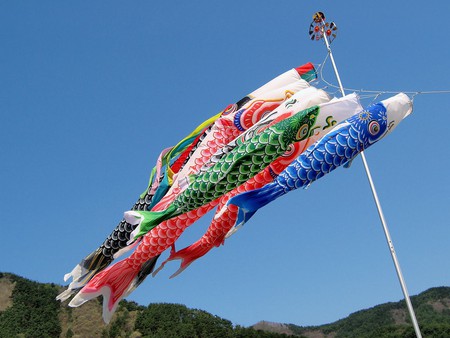 Golden Week is Japan’s national holiday week, and can either be a nightmare or welcome relief depending what side you’re on. Though it’s a great time to relax and unwind, there are ways to maximize your time and avoid major headaches. Here’s everything you need to know.

What is Golden Week?

Golden Week is essentially Japan’s national holiday week off – it refers to a cluster of national holidays that all run consecutively. While many school and university students in Japan get to enjoy quite generous holidays, it’s pretty typical that professional Japanese workers do not, so for many this is the only real time they can getaway from long working days and manic city life.

The week typically runs from late April (April, 29) until the first week of May (around May 5, or 6). The days that run within this week are: Showa Day on April, 29, which is the birthday of the former emperor, Showa Emperor Hirohito; the Constitution Memorial Day on May, 3; Greenery Day on May, 4, which is a day people appreciate nature; and Children’s Day on May, 5, where families pray for and celebrate the happiness of their children.

Because for many Golden Week is the only decent length of time workers can get away from the city, holiday planning can be a little bit of a competition. If you’re a last minute kind of traveller, Japan during Golden Week is not a great time to visit. Many hotels, flights, and most importantly shinkansen (bullet train) tickets are booked out well in advance. If you find yourself having to make plans during Golden Week, be sure to nab that shinkansen ticket as soon as your destination has been decided on.

Be aware of your budget

Like anywhere else in the world, peak holiday season typically means peak holiday prices, and Golden Week is no exception – international flights, train tickets and accommodations prices are at a premium. If you’re feeling lucky, check out Tokyo’s discount ticket stores that offer cheaper train passes and discounted entry to other attractions across the country. If you’re based in Tokyo, the north west side of Shinjuku Station is lined with discount ticket shops.

If you’ve planed your accommodation and transport, and are only staying for a short time, then you shouldn’t have too much trouble during Golden Week. However, if you’re setting up more permanent residence in Japan, or you’re living here already, it’s good to note that this time of year most of the offices are closed. While shops and restaurants typically trade as usual, government buildings, banks and other admin-type places will prove a little more difficult to access, so don’t leave any urgent paperwork to the last minute.

Because people really want to make the most of their time off, many of the country’s more touristy places like Kyoto, are packed. Also be aware that people flock in droves to areas famous for the in season cherry blossoms like Sapporo and Aomori.

Where to seek a little respite

Strangely enough, one of the best places to avoid the crowds during Golden Week is actually in the city. As Tokyo’s population make tracks for other areas, the city is emptied quite substantially. It’s an excellent time to explore hidden pockets of the city and unearth new unknown gems. If you’re in Tokyo, visit the city’s Shitamachi, aka old world downtown areas like Yanaka, Kita-Senju and Nezu. Populated by small, independently run stores and restaurants frozen in time, visiting here is almost like taking a little holiday in itself.