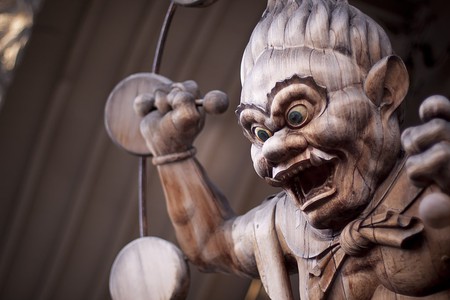 Kami are the divine spirits or gods recognized in Shinto, the native religion of Japan. There are eight million kami—a number that, in traditional Japanese culture, can be considered synonymous with infinity. Throughout the islands of Japan, you’ll encounter these deities at shrines, monuments and in popular culture time and again. These are seven of the most prominent Shinto kami.

Amaterasu, or Amaterasu-omikami, is the goddess of the sun, the universe and the High Celestial Plain from which all kami descend. She is a major kami and a central figure in Shinto. According to legend, the Emperors of Japan are descended from Amaterasu, and this was once used as justification for their reign. Amaterasu is the daughter of Izanami and Izanagi, born from her father Izanagi’s left eye.

Amaterasu, the Sun Goddess, rises from a cave | © 歌川国貞 / WikiCommons

Izanami and Izanagi are central to the Shinto creation myth. Legend has it that this god and goddess stirred the seas with a spear, and the mud which dripped from the tip became the first island of Japan. The other islands were just some of the couple’s hundreds of offspring, most of which would become the various kami recognized by the Shinto belief system.

Inari is the Shinto god of industry, prosperity, finance, and agriculture. With over 40,000 shrines, or one-third of the total number of shrines in Japan, devoted to Inari, it’s safe to say that this kami is one of the most important and respected of all the Shinto deities. It’s believed that Inari was fond of foxes and used them as messengers. As a result, it’s common to see fox statues around shrines devoted to Inari-okami. The Fushimi Inari Shrine in Kyoto is dedicated to this god. 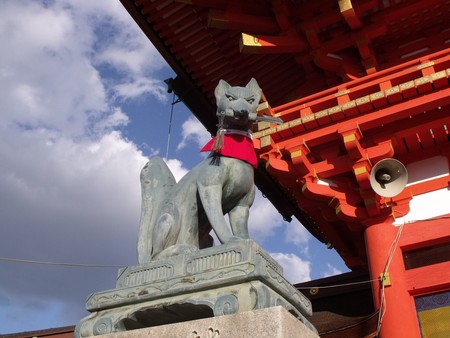 Hachiman is the god of war and military arts, helping to guide warriors on their way to mastery. The belief is that he is also the protector of Japan, as legend has it that it was Hachiman who sent the kamikaze or divine wind that destroyed the Mongol fleets of Kublai Khan in the 13th century, saving the country from invasion. Hachiman has about 25,000 shrines dedicated to him throughout Japan. Only Inari has more. 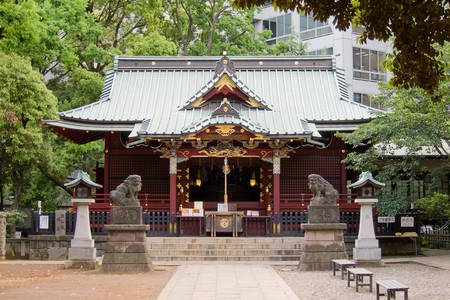 Tenjin is the kami of education, literature, and scholarship. Interestingly, he was once an ordinary human named Sugawara no Michizane, a scholar and a poet who lived during the 8th century. Michizane was a high-ranking member of the Heian Court but made enemies of the Fujiwara Clan, and they eventually succeeded in having him exiled from court. When several of Michizane’s enemies and rivals began to die one by one in the years after his death, rumors began to swirl that it was the disgraced scholar acting from beyond the grave. Michizane was eventually enshrined and deified in an effort to appease his restless spirit and was given the name Tenjin (god of the sky) to mark the transition. Students hoping for a helping hand on exams often visit Tenjin’s shrines. 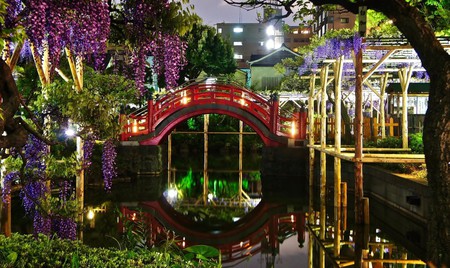 Raijin is the kami of thunder and lightning, and Fujin is the kami of wind. Together, they are the gods of storms and weather. They can often be found guarding the entrances to shrines, and worshippers must pass by their watchful gaze before entering. Raijin’s three fingers on each hand represent the past, present, and future, while Fujin’s four fingers represent the four cardinal directions. 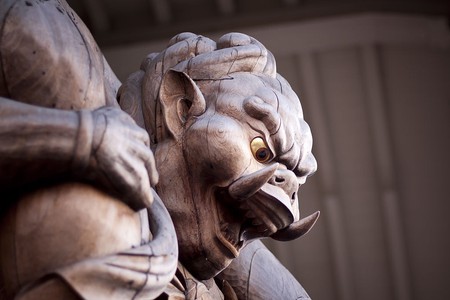 Benzaiten is a Shinto kami borrowed from Buddhist belief and one of the Seven Lucky Gods of Japan. She is based on the Hindu goddess Saraswati. Benzaiten is the goddess of things that flow, including music, water, knowledge, and emotion—especially love. As a result, her shrines become popular places for couples to visit, and her three Enoshima shrines are filled with couples ringing the love bells for good luck or hanging pink ema (wishing plaques) together. 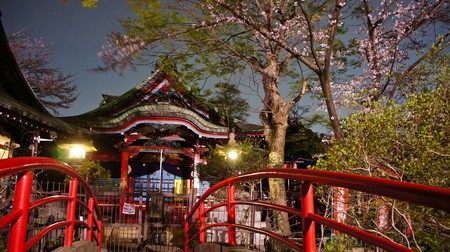