7 Places to Get the Perfect Shot of Tokyo 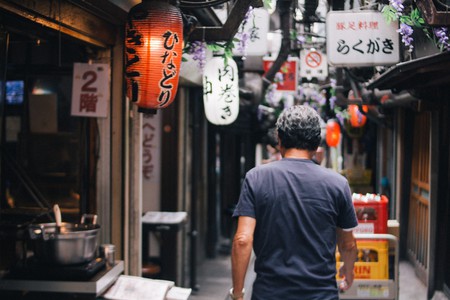 Thousands of photographers descend on Tokyo each year in search of the perfect shot. It’s a city with many different faces. Capture the best of them on film at one of these ideal spots.

Stand on the shores of Odaiba for perfect views of downtown Tokyo and Rainbow Bridge from across the bay. Odaiba was created on reclaimed land during Japan’s economic boom as proof of the country’s unstoppable progress. It’s also a great place to capture skyline views of the city from the ground level, along with futuristic infrastructure and the iconic life-size Gundam in front of Diver City. 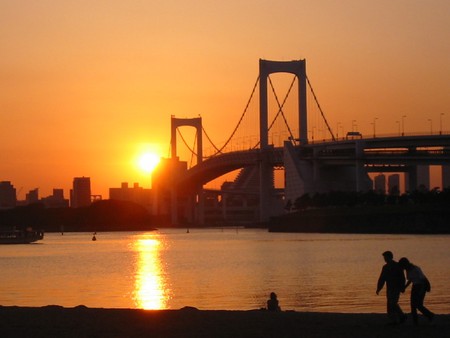 Omoide Yokocho (also known as Memory Lane or Piss Alley) is a charming, old-fashioned block near Shinjuku station that offers visitors a glimpse of Tokyo’s past. The area is famous for its tiny snack shops and bars, often compared to Golden Gai except with more food. The tight lanes and ramshackle façades are the main draws for photographers. Just be sure to ask permission before taking photos of people or interiors. 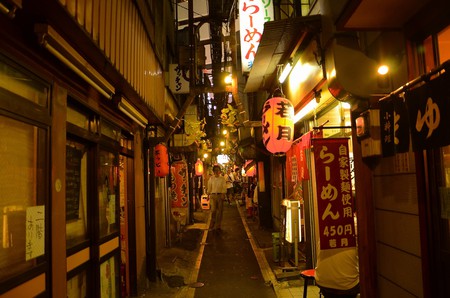 Koishikawa Koraku-en is a centuries-old traditional Japanese strolling garden full of great photo ops. Scenic points include the arched stone bridge, and the pond in the center is home to a small, picturesque island shrine. Head to one of the historical spots or the traditional teahouse, Kantoku-tei, for shots of traditional Japanese architecture. 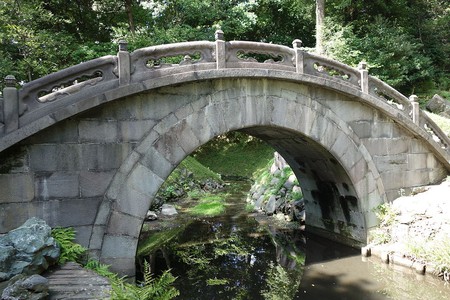 Akihabara has built itself a reputation as the heart of Tokyo’s manga and anime industry. The area is full of tight clusters of branded arcades and shops selling every type of electronics that you can think of. It’s an energetic district that’s perfect for capturing the city’s love for manga, anime, gaming, and technology. 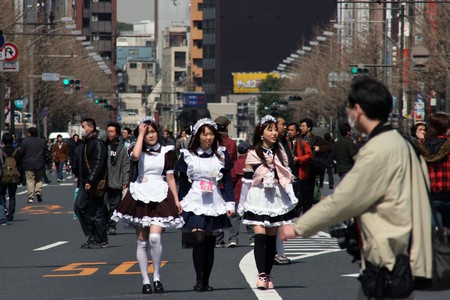 Maid café workers out for a stroll Akihabara | © OiMax / Flickr

Shibakoen, or Shiba Park, lies in central Minato ward. The greenspace encircles the ancient Zojo-ji, a Buddhist temple that has stood in this spot for nearly 500 years. Six Tokugawa shoguns are buried here. After capturing the temple, turn your lens skyward for views of Tokyo Tower, or better yet, head to the nearby bar at the Prince Park Tower for some of the best nightscape views of the city. 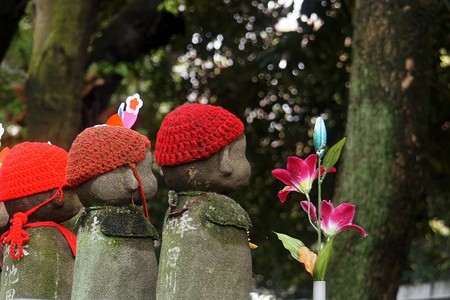 The Garden of Unborn Children at Zojo-ji | © Tatters / Flickr

Omotesando is the large boulevard connecting Harajuku with Aoyama. It’s the fashion capital of Tokyo, filled with headquarters for luxury brands, along with scores of modeling agencies and high-brow shops. Omotesando is the place to go to capture Tokyo’s best modern architecture all in one place, from the mirrored entrance of the Tokyu mall to the geometric Prada building. 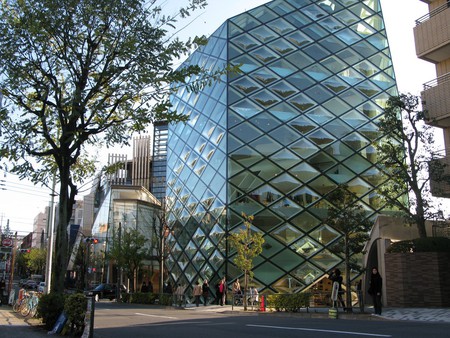 Shibuya’s famous pedestrian scramble, surrounded by flashing billboards and towering department stores, is downtown Tokyo in a nutshell. It’s not only one of the city’s most visited sightseeing areas but also a great place to capture the city on film, and it has made its way into dozens of movies. 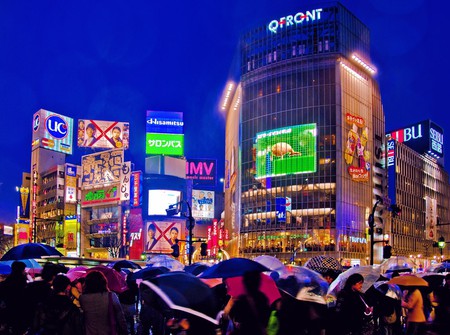